Share of power from renewable technology such as wind, biomass, solar and hydro climbed to a record high. 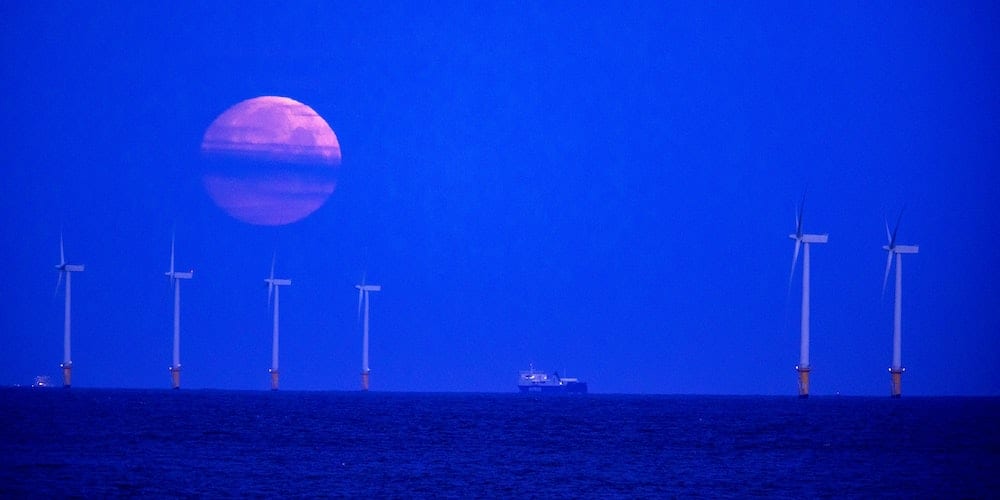 Renewables generated almost half of the UK’s electricity in the first three months of this year, official figures show.

The share of power from renewable technology such as wind, biomass, solar and hydro climbed to a record 47% of the mix for the first quarter of the year from January to March, according to the data from the Business Department (Beis).

The new record – the first time that renewables have contributed more than 40% of generation in any quarter – is down to more installation of technology, in particular offshore wind farms, and windy weather early in the year.

As a result, offshore and onshore wind together generated 30% of UK power, the figures show.

Overall, low carbon electricity which also includes nuclear power, made up a record 62% of the generation mix, up from 52% for the same period the previous year, the figures show.

Coal’s share of the mix crept up slightly from 3.5% to 3.8%, as Fiddlers Ferry power plant burned its remaining stocks of the fuel before closing, while gas fell from 42% to 31%.

That meant the contribution from fossil fuels fell below 40% for the first time, as Britain’s power sector continues to get greener.

Industry body RenewableUK’s head of policy and regulation Rebecca Williams said: “At the coldest time of year, wind and renewables rewrote the record books right across the board, keeping our nation powered up when we need it most.

“This is the clean energy transition written very large indeed,” she said.

“As the Government works with us on a massive expansion of renewables as part of the UK’s green economic recovery after the pandemic, you can be sure that the latest records, extraordinary though they are, will be broken again in the years ahead, as we phase out fossil fuels to reach net zero emissions.”

The statistics also reveal that demand for transport fuels was 5.3% lower than for the first three months of 2019, mostly due to a 14% fall in demand for aviation fuels as international air travel shut down with the Covid-19 outbreak.

Domestic energy consumption was up 4.5% on the same period last year, due to cooler weather in February and March and a shift towards home working in March as the UK went into lockdown.