Labour said the Tories owed the communities whose wishes had been ignored an apology, and the public "an explanation of how much public money they wasted while ignoring the science." 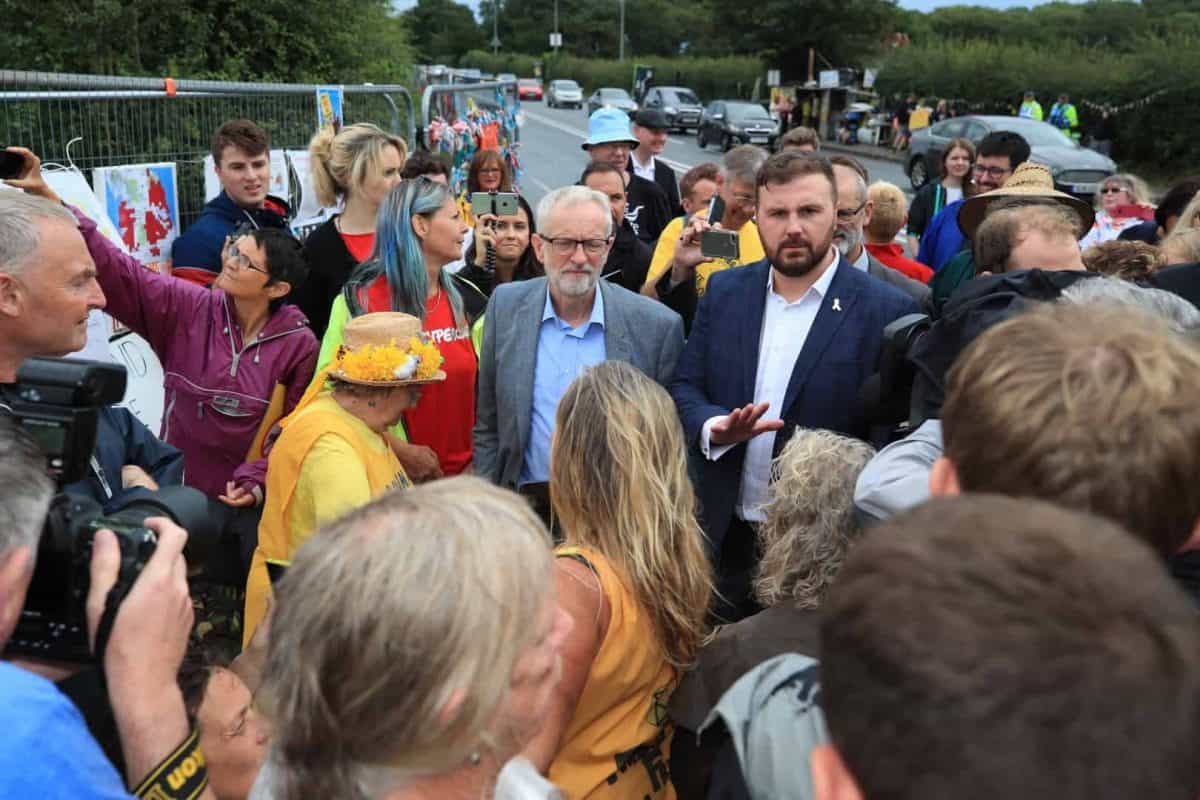 Controversial fracking will no longer be allowed because of new scientific analysis, the Government has said.

The shock U-turn comes after a report by the Oil and Gas Authority (OGA) found it is not currently possible to accurately predict the probability or magnitude of earthquakes linked to fracking operations.

However there were confused messages from Tory ministers about whether the move was a temporary moratorium or a permanent ban.

Business and Energy Secretary Andrea Leadsom said: “After reviewing the OGA’s report into recent seismic activity at Preston New Road, it is clear that we cannot rule out future unacceptable impacts on the local community.

“For this reason, I have concluded that we should put a moratorium on fracking in England with immediate effect.”

However Business, energy and clean growth minister Kwasi Kwarteng said: “The Committee on Climate Change’s advice is clear that natural gas will continue to have a key role to play as we eliminate our contribution to climate change by 2050, including for the production of hydrogen.

“However, following our action today, that gas will need to come from sources other than domestic fracking.“

Prime Minister Boris Johnson who once described the process as “glorious news for humanity” said on Thursday he had “very considerable anxieties” about the issue of shale gas extraction.

And the Government now says it will end its support for the process, and further proposals to change the planning process for fracking sites will no longer be taken forward.

The Government says it will “take a presumption against issuing any further Hydraulic Fracturing Consents and this  will continue unless compelling new evidence is provided”.

The Government’s new stance on the issue, which has caused much controversy in counties such as Lancashire and Yorkshire, follows that of both Labour and Liberal Democrats.

Labour’s Shadow Business and Energy Secretary, said the Tories owed the communities whose wishes had been ignored an apology, and the public an explanation of “how much public money they wasted while ignoring the science.“

“Facing earthquakes, air pollution and climate breakdown, communities across the UK fought back hard against Tory efforts to roll out fracking on a massive scale.

“And now they have forced the government to U-turn in their support for a dirty industry once described by Boris Johnson as ‘glorious news for humanity.’

“It is over eight years since fracking caused earthquakes near Blackpool. The Tories owe the public an apology, and an explanation of how much public money they wasted while ignoring the science.

“The next Labour government will ban fracking – whereas the Tories will only call a temporary halt to it. You can’t trust a word the Prime Minister says.”

‘The Tories are about as eco-friendly as a dustbin fire’

The Liberal Democrats said that while a Government “moratorium” on fracking was welcome, it did not mean that the practice would be banned.

Lib Dem former energy secretary Ed Davey, said: “Liberal Democrats back an immediate ban now – given the evidence we are now in a climate emergency.

“The law Liberal Democrats passed to protect communities from earthquakes and seismic tremors caused by fracking has done a lot to prevent the Conservatives pressing ahead with fracking.

“But this belated, eve of election policy pause won’t distract voters from the Tories’ shocking record on the environment – not least the Prime Minister’s, when he lobbied to relax air pollution laws.

“The Tories are about as eco-friendly as a dustbin fire.”

Fracking had been expected to feature strongly in the campaign for the December 12 General Election.

A recent report by the National Audit Office (NAO) found that Government plans to establish the shale gas industry in the UK were taking longer than expected amid public concern over the effects of fracking on the environment and public health.

The NAO found that £32.7 million in taxpayers’ money had been spent by public bodies on managing fracking sites since 2011.

Protests have resulted at sites across the country and there has been much disturbance caused in particular to residents living near to the fracking site in Preston New Road, Lancashire, which is run by Cuadrilla.

Tom Fyans, deputy chief executive of countryside charity, CPRE, said that the news was a “fantastic win” for local democracy.

“Today we celebrate alongside the local communities, campaigners and environmentalists who have been campaigning valiantly to stop fracking for many years.

“This is a fantastic win for local democracy and everyone who cares about protecting the countryside from climate catastrophe and mass industrialisation.

“In a state of climate emergency, the decision to ban new fracking is absolutely essential but CPRE urges the next government to go even further with a range of policies that will help tackle the climate emergency.

“Today’s announcement should signal the start of a step change in the way we tackle the climate emergency.”

However campaigners outside the Preston New Road site remained sceptical about the announcement on Friday night.

They said they would continue their protest “as business as usual” until they say the fracking machinery taken away from the site.

Ken Cronin, chief executive of UK Onshore Oil and Gas, on behalf of the industry said:  “Hydraulic fracturing stimulation is a long-standing technology used around the world and in a number of industries, including the oil and gas, water and geothermal sectors.

“Going forward, we are fully committed to working closely with the Oil and Gas Authority and other relevant regulators to demonstrate that we can operate safely and environmentally responsibly. “

READ MORE: At least £32.7 million has been spent by public bodies on Fracking