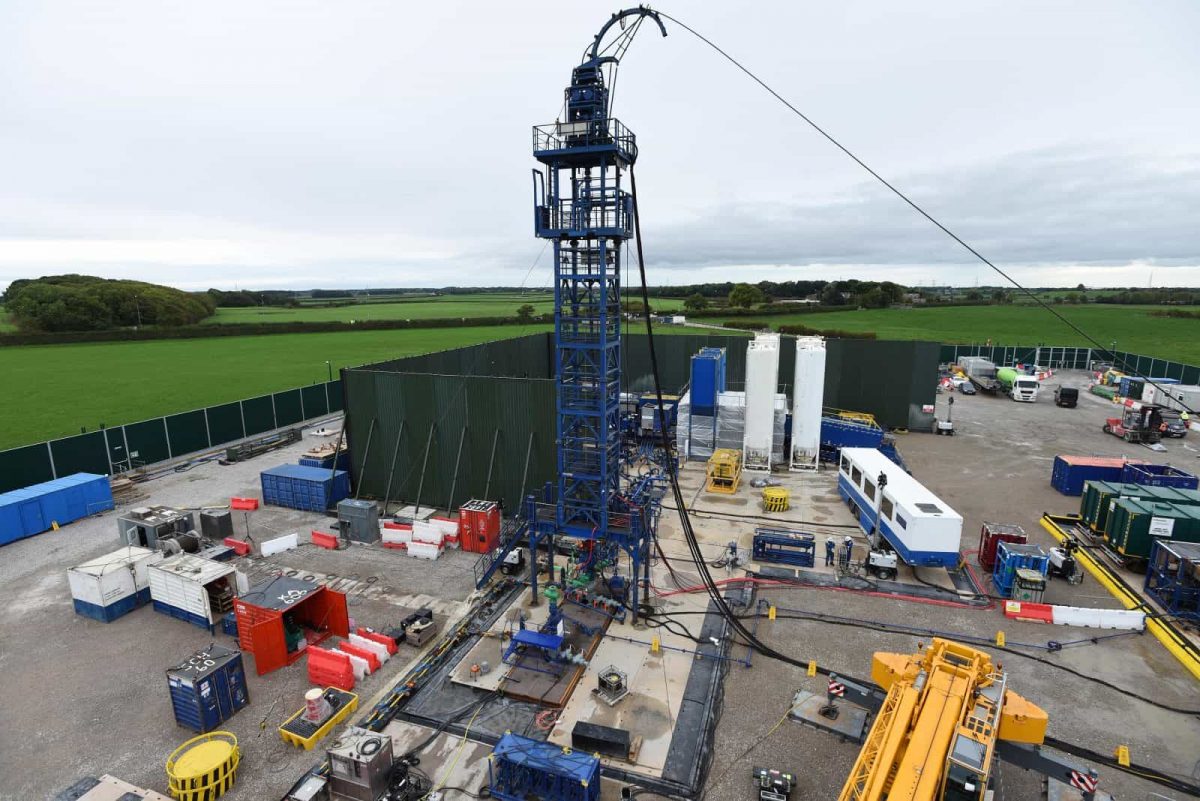 The potential to extract shale gas from fracking in the UK could be significantly lower than previously thought, a study suggests.

Previous estimates from 2013 for the size of the resource in the UK’s Bowland shale in northern England, which used data from shale in the US, found it could potentially provide up to 50 years’ worth of current gas demand.

But new estimates based on lab analysis of UK shale rock by the University of Nottingham and British Geological Survey (BGS) suggests there may be less than 10 years’ worth of gas at current levels of demand.

Fracking for shale gas, in which liquid is pumped at high pressure deep underground to fracture the rock and release gas, has proved controversial as attempts have been made to get the industry off the ground in the UK.

But opponents of the process say it can cause earthquakes, damage the countryside and keep the UK hooked on fossil fuels instead of focusing on renewables to help tackle climate change.

The new study used a high pressure water technique that simulates oil and gas generation in deep reservoirs and applied it to shale to evaluate in the laboratory how much gas could be extracted.

It analysed shale rock from two locations, and extrapolated the findings to the whole of the Bowland Shale to conclude that the maximum gas there was equated to “potentially economically recoverable reserves of less than 10 years of current UK gas consumption”.

The lab analysis was compared with data from four wells to validate the method so it could be used to estimate the overall shale gas reserve, the researchers said.

“This can only serve to improve people’s understanding and Government decisions around the future of what role shale gas can make to the UK energy’s demand as we move to being carbon neutral by 2050.”

Dr Christopher Vane, head of organic geochemistry at the BGS, and one of the study’s authors, said the research “transforms our view of UK shale gas reserves”.

“This cutting edge science shows that shales within the Bowland Formation could potentially contain less recoverable gas than previously thought,” he said.

But Prof Mike Stephenson, chief scientist for decarbonisation and resource management at the BGS, who was not one of the study’s authors, cautioned that the data only used a small number of rock samples from two locations.

The BGS also said shale gas reserves would vary across the area.

The company’s chief executive Francis Egan said: “Cuadrilla is getting on with determining the capacity of UK shale reserves by the only means possible which is to drill, hydraulically fracture and test the flow rate of gas from real world wells drilled into the shale rock.

“Our early results are very encouraging.”

But Dr Doug Parr, chief scientist for Greenpeace UK, said: “The people of Sussex, Lancashire, Yorkshire and other potential fracking sites have made it very clear to the Government that when they decided to go ‘all out for shale’ during a climate emergency, they were backing the wrong horse.

“Now it turns out that they were backing a three-legged donkey.

“How much more damage and division will this country have to suffer before the Government admits that they made a mistake chasing gas we can’t afford to burn, and starts supporting technologies with a future?”

A Business Department spokesperson said: “The UK has potentially significant shale gas reserves, but exploration is necessary to understand whether it will be possible to safely and economically extract them.

“The Government is supportive of shale gas exploration in order to understand the size of the opportunity here in the UK.”