Staff reported being unable to enter the building as demonstrators called on the broadcaster to end its ‘silence’ on climate change. 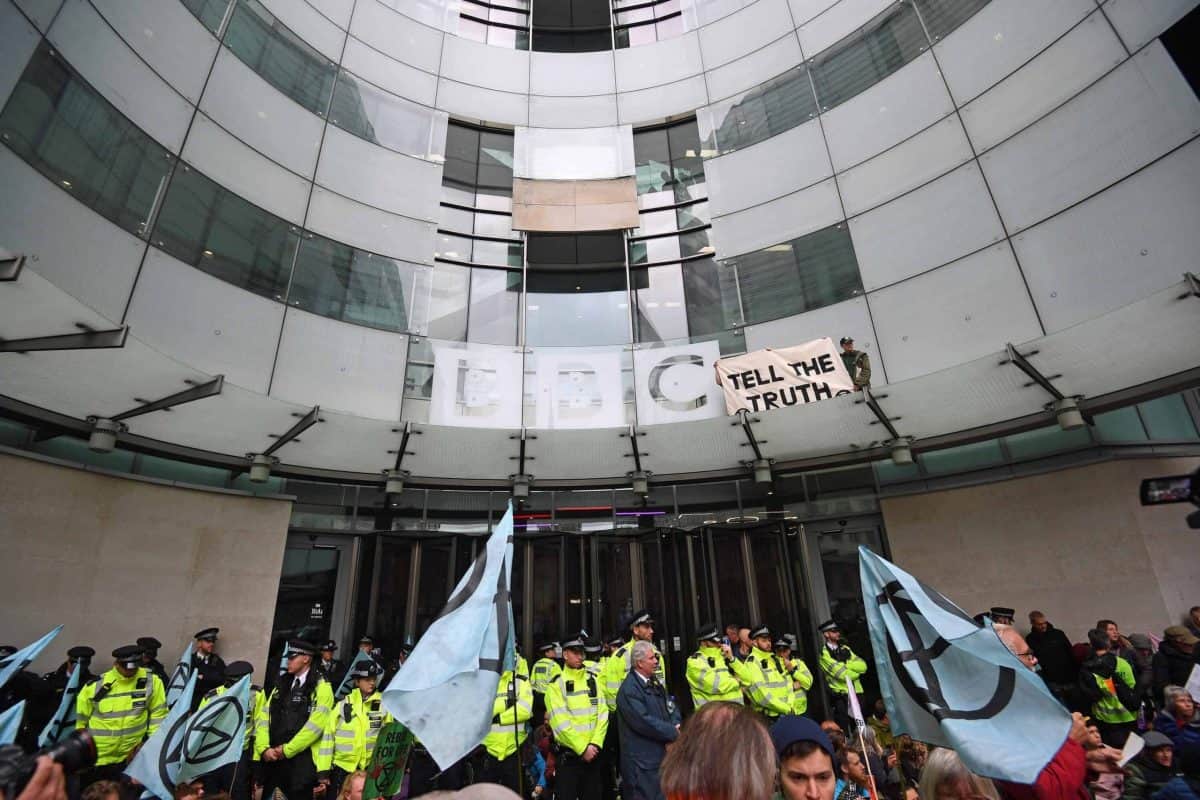 Extinction Rebellion activists have blockaded the BBC’s central London headquarters as a week of disruption in the capital continues.

BBC staff members reported being unable to get in to New Broadcasting House on Friday morning as dozens of protesters camped outside the main entrance with banners urging the corporation to end its “silence” on climate change.

Financial journalist Paul Lewis reported being barred from entering the building near Oxford Circus Tube station, tweeting: “No one in no one out. Locked down.”

The demonstration is the latest in a week of planned protests which has already seen more than 1,000 people arrested since Monday.

On Thursday, demonstrations focused on London City Airport, where protesters attempted a “Hong Kong-style occupation” of the terminal building, with hundreds blocking the main entrance.