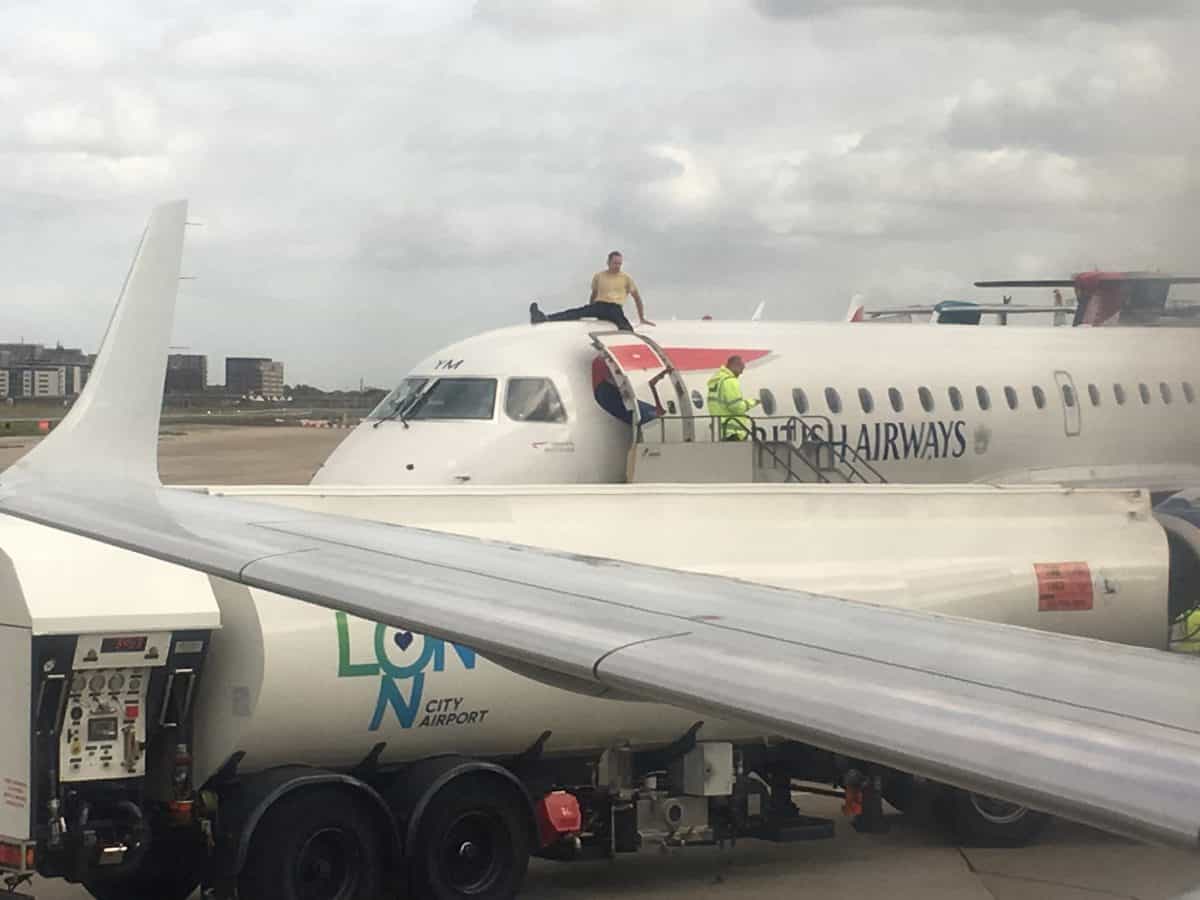 A man who is believed to be an Extinction Rebellion protester climbed onto the roof of a plane at London City Airport today.

Onlookers on an adjacent plane watched as the protester climbed onto the roof of British Airways aircraft and refused to move.

After airport staff were unable to get him to climb down the fire brigade took over and three firemen were seen trying to reach him.

Passengers on the adjacent plane were informed by staff their aircraft’s engines could not be started until the protester was removed or their plane was towed far enough away to be safe.

Firemen draped an orange blanket over the man in their attempt to remove him from the roof of the plane.

The incident comes after Extinction Rebellion demonstrators staged a sit down protest at London City Airport earlier today, with several being arrested.

A flight from the same airport to Dublin was also grounded earlier today after a protester refused to take his seat and was subsequently escorted off the plane by police.