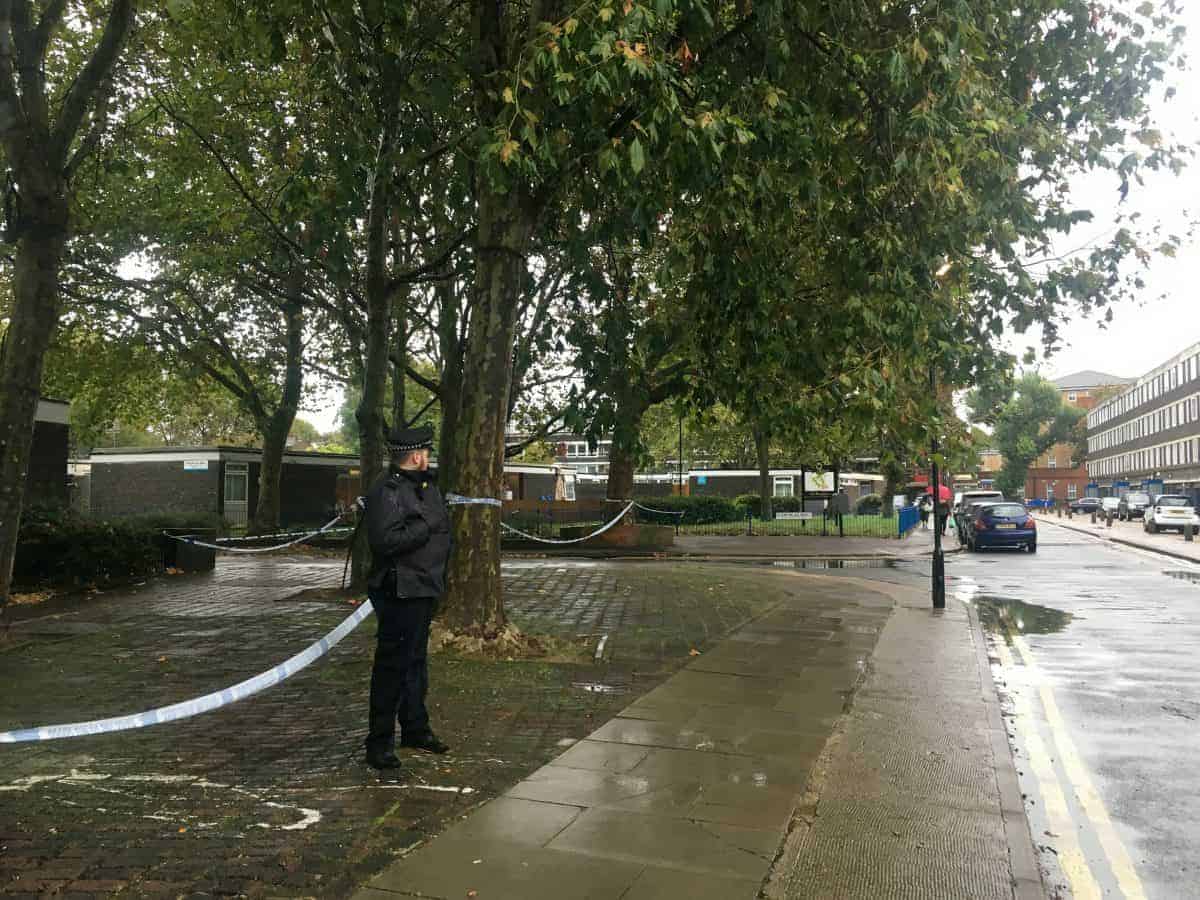 Two teenagers were stabbed to death in London within five hours of each others.

A 15-year-old schoolboy was fatally knifed after getting off a bus outside a McDonald’s in Stratford, east London, in the middle of yesterday afternoon.

An 18-year-old lad was knifed to death in an alleyway on an estate in Camberwell, south London, last night.

The killings take the total number of teenagers murdered in the capital this year to 23. A total of 24 teenagers were murdered in London in the whole of 2018.

Detectives are appealing for witnesses to both killings to come forward. They say the two murders are not linked.

Police were first called to reports of a youth being stabbed outside Stratford Broadway near Tramway Avenue at 3.20pm yesterday.

Paramedics battled to save the lad, but he was pronounced dead at the scene at 3.50pm. Police say his next of kin have been informed.

A second teenager, also 15, was also found with stab injuries and was taken to hospital. Police say his injuries are not life threatening.

No arrests have been mad and the area remains cordoned off.

DCI Chris Soole, who is leading the investigation said: “The victim of this stabbing was a schoolboy with his whole life ahead of him. He had everything to live for.

“This was a senseless attack and we share the concern and alarm this murder will no doubt cause in the local community.

“We will do everything we catch those involved and bring them to justice.

“What we know now is that the victim was attacked on or shortly after alighting from a bus which stopped very close to Stratford Shopping Centre near Tramway Avenue.

“An altercation took place and he was fatally wounded.”

He added: “This is a very busy area and lots of people would have been out on the school-run or making their way home.

“We know that the victim’s friends came to his aid and members of the public provided First Aid at the scene.

“We need anyone else who has information and has not yet spoken to police to come forward.

“A Section 60 is in place for the whole of Newham borough as a result of this incident. Enquiries, including review of local CCTV footage and forensic analysis is in hand.

“We are working quickly to build a clear and full picture of precisely what unfolded. If you have information, do the right thing and get in touch.”

Just over four hours later police were called to the Brandon Estate in Camberwell where an 18-year-old was found with multiple knife wounds.

He was pronounced dead at the scene just before 9.15pm. Police say his next of kin have been informed.