If you have driven anywhere around Britain during the winter you may have noticed the sickening volumes of rubbish strewn along our roads. Ask any visiting tourist who has taken the time to drive outside of the normal British tourist traps and they’ll tell you that our country is filthy. In fact, it should embarrass you […] 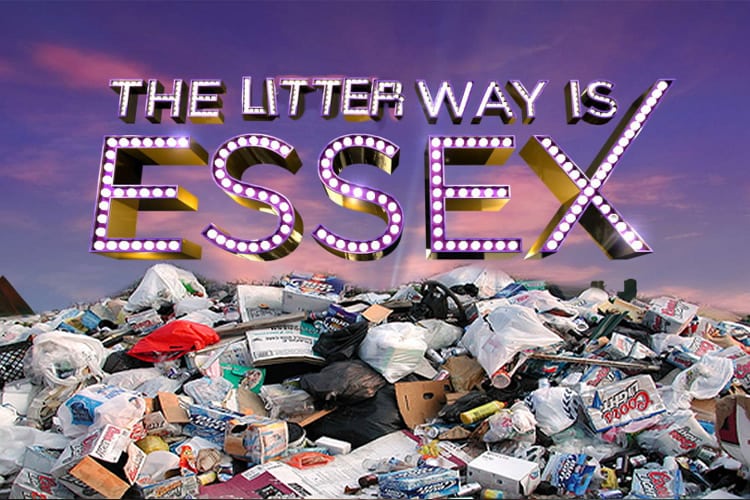 If you have driven anywhere around Britain during the winter you may have noticed the sickening volumes of rubbish strewn along our roads.

Ask any visiting tourist who has taken the time to drive outside of the normal British tourist traps and they’ll tell you that our country is filthy. In fact, it should embarrass you to know that many of our European neighbours regard us as a filthy nation.

Whilst London and the majority of city centres benefit from regular cleaning, the rest of the country is pitiful when it comes to roadside litter. In 2015 a Commons Select Committee concluded that that “England is a litter-ridden country compared to most of Europe, North America and Japan”.

New research revealed by the Hygiene Council shows that “Britain is the dirtiest country in the developed world.”

The ever-growing convenience lifestyle coupled with self-centred attitudes and a lack of civic pride means that our main roads and motorways are littered with McDonalds and KFC wrappers, crisp packets, Monster Energy Drink cans, and coffee cups. Hundreds and hundreds, and hundreds of coffee cups.

Not only does litter make our country look awful, it has dire effects on wildlife and contaminates land and water courses. There is a particular problem with litter on main A roads. It’s easy for Councils to ignore the problem as it normally isn’t prolific near properties, meaning complaints are much lower.

The London Economic asked two major logistics firms to report the worst instances of littered roads in the UK based on their observations, and invited the public to suggest locations based on their own observations. Although the overall picture was depressingly similar, several locations came out on top.

The worst, according to both groups, was the A13 in Essex (see video above), followed closely by the A12 in Essex.  The A1041 and A127 were also reported numerous times, one person describing the A127 as ‘The most disgusting filth imaginable that makes me ashamed to call this place home’.

The A350 between Melksham and Trowbridge in Wiltshire was also reported as being particularly dire, as was as the A2 and A20 in Kent. The A66 around Penrith, A30 in Devon were also reported by several people.  Numerous other roads were highlighted from all over the country.

Clearly littering is the fault of the morons who either can’t be bothered to find a bin, mistakenly think ‘they are giving people jobs’ (whilst really diverting vital funds away from other shrinking Council services such as social care), or worst of all, just simply don’t care.  There is also an issue with litter spillages from skip lorries and bulk waste transporters.

However, the task of cleaning up the proliferation of litter falls mainly to District Councils, with Highways England responsible for motorways and some major trunk roads.

This means that Highways England must liaise with 326 District Councils in England alone, and 416 in the UK, coordinating the cleaning of each and every A road that is littered on a minute by minute basis by the general public.

Clearly this arrangement isn’t working. £1bn is already spent on clearing litter in Britain, and today Councils have warned of more deep cuts to services despite tax rises in the majority of local authorities in the UK. Things don’t look like improving anytime soon. 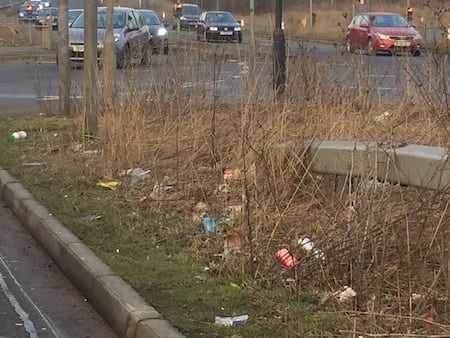 The London Economic contacted several District Councils where the worst of the problem persists, according to our driver respondents. Most of the Councils only planned to clean the highways two or three times per year.

Thurrock Council (who look after a portion of the A13 in Essex) have a plan in place to clean the litter just three times per year under their catchy sounding ‘Clean it, Cut it, Fill it’ campaign.  Although the administration is proposing an extra £1m be spent the campaign in the next financial year.

Whilst Wiltshire Council Press Office didn’t respond to our enquiry, other Councils had similar arrangements, or told us they needed ‘to work with Highways England to tackle the problem, but there is no timescale in place at present’.

What is even more absurd is that often verge and hedgerow contractors are cutting grass verges and hedges before litter clearing has even been arranged, so hundreds of pieces of litter becomes thousands as it is shredded up. The cutting contractors are separate to the the cleaning contractors, who are also separate to Highways England (who maintain the roads), who are separate to the District Councils (ultimately responsible for the litter). Common sense would tell you there are several obvious solutions to this problem.

In terms of the infrequency of litter clearing, Keep Britain Tidy pointed out that areas which aren’t kept clean attract more littering. Dirty roads can be the green-light for would-be litterers, whilst people are less likely to litter in a well maintained area. This indicates that infrequent cleaning exacerbates the problem.

The government’s response to the Select Committee’s report (Dec 2015) characterised the problem as a local one for local government (so they passed the buck) but agreed to develop a national litter strategy which has recently (Jan 2017) been leaked to the press. The seven point plan includes only one measure of any substance; a penalty for littering from a car. No additional funding is promised.

As a result of the current mess, voluntary litter-picking groups are risking their own lives to try and tackle the problem. However, some of the worst affected areas are either inaccessible or the volume of waste is simply overwhelming them.

There seems to be no attempt from Government to tackle the source; companies that produce the vast amounts of litter in the first place, but take no responsibility for its end-life. Continued calls for litter deposit schemes or a ban on non-compostable waste seem to fall on deaf ears.

There is also no attempt to tackle attitudes towards littering. Mats Weber, a German tourist who spent six years working in the UK thinks to problem lies with general attitudes ‘In Germany you tell somebody to pick up their litter. It is expected.  In the UK one is met with aggression when pointing out someone has dropped their litter, which makes things difficult.’

Luckily for Councils, it’s almost Spring and the grass is beginning to grow on the verges, which will at least hide some of the problem for another year. The problem is, it’s likely to be twice as bad next year when the dead leaves rot but the plastic bottles and crisp packets are remain once more.

Litter – What you can do about it…