Western countries continue to focus on the wrong priorities, the billionaire CEO of Tesla Elon Musk appears to claim. 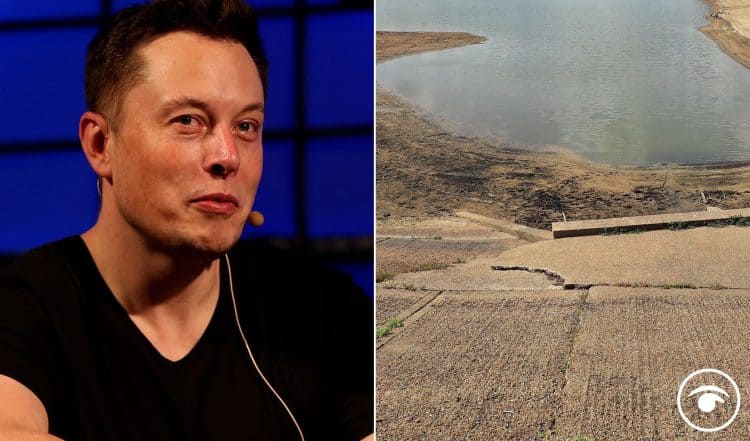 Cities around the world from London to Beijing and New Delhi face growing risks from drought driven by climate change, according to a report from Christian Aid.

The charity warns the toll of water shortages will be felt most by poor people in cities such as Harare, Zimbabwe and Kabul, Afghanistan. It is calling for an international fund to pay for loss and damage from climate impacts.

The report highlights that less than 3% of the world’s water is suitable for drinking, and most of that is locked up in glaciers and ice caps.

Only 0.01% of the world’s water is easily available for human use in lakes, rivers, reservoirs and aquifers, but global water use grew at more than twice the rate of population increases over the 20th century, the charity said.

Nushrat Rahman Chowdhury, of Christian Aid, co-author of the report, said: “Drought is not new but its intensity and frequency have increased over the last 30 years due to global warming.

“It is a real danger; it threatens lives and livelihoods of some of the poorest people in the world.

“These are communities which have done the least to cause the climate crisis. This is the reality known as loss and damage.

“To address this injustice, we not only need emissions cut but also provide financial support for those losses which cannot be adapted to.

“That is why, at this year’s UN climate talks in Egypt, we are calling for the creation of a loss and damage finance facility to be a major priority.”

However, Elon Musk is more concerned about birth rates.

“Population collapse due to low birth rates is a much bigger risk to civilization than global warming,” the global CEO tweeted on August 26. As if to show that he is serious he added: “Mark these words.”

So that’s you told!

Here is what some other folk thought about Elon’s comments.