Meanwhile, the Liberal Democrats branded govt plan “a cruel joke” and claimed their analysis of the proposal shows that by 2030, there will still be 325,000 sewage dumps a year. 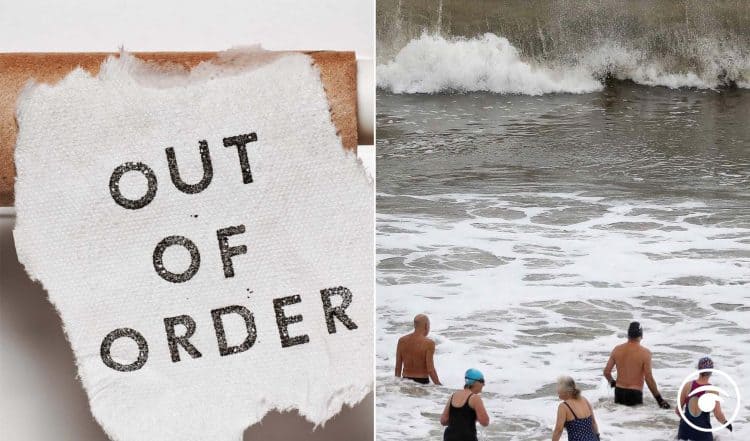 Feargal Sharkey was on our screen again today fighting against the sewage crisis.

Under new government proposals, water companies will have to achieve targets, so discharges only happen when there is unusually heavy rain and when there is no immediate adverse impact to the local environment.

By 2050, this will apply to all remaining storm overflows covered by targets, regardless of location.

While the Conservative chair of the Environmental Audit Committee (EAC) Philip Dunne welcomed the proposals, Labour accused the Government of “writing fiction”.

Shadow environment secretary Jim McMahon said: “Instead of governing, it’s clear that the Conservatives have taken up writing fiction, as this document is neither a plan, nor does it eliminate sewage dumping into our natural environment. Under the Government’s weak improvement ‘target’, based on last year’s data, we’d face another 4.8 million sewage spill events in our country between now and 2035.

“Last year, Tory MPs had the opportunity to vote meaningful action into law, but blocked measures that would have progressively eliminated the discharge of raw sewage in our natural environment.

“Britain deserves better than a zombie Tory government that is happy for our country to be treated as an open sewer. Labour will use the levers of power to hold reckless water bosses to account legally and financially, and toughen regulations to prevent them from gaming the system.”

Meanwhile, the Liberal Democrats branded the plan “a cruel joke” and claimed their analysis of the proposal shows that by 2030, there will still be 325,000 sewage dumps a year on Britain’s beaches, as well as in lakes, rivers and chalk streams.

Liberal Democrat environment spokesperson Tim Farron said: “This Government plan is a licence to pump sewage onto our beaches and in our treasured rivers and lakes. By the time these flimsy targets come into effect, our beaches would have been pumped full of disgusting sewage, more otters will be poisoned, and our children will still be swimming in dangerous water.

“This is a cruel joke. The Government is going to hike water bills to pay for cleaning up the mess made by water companies. The same companies who awarded their executives multi-million pound bonuses this year and paid out over £1 billion to their shareholders. Whilst they roll in the cash, we swim in sewage. The whole thing stinks.”

The former rockstar appeared on BBC News this morning and slammed the government plans.

He said: “Yesterday morning, dumping sewage into rivers & onto beaches was illegal, but by yesterday afternoon the govt had legalised the dumping of sewage.

“This is probably the greatest act of violence against the environment I’ve ever witnessed.”

For the government, Mr Dunne, a Conservative former minister, instead said it was “welcome news” to receive details of the sewage reduction plan.

He went on: “The headline £56bn of capital investment in water treatment over the next 25 years will more than double what has been spent annually since privatisation of the water sector.

“I hope this will spell an end to the poisoning of river ecosystems and the harm done to bathers and other river users. It is right to focus on fixing the worst polluted sites first, as well as areas of special nature conservation such as chalk streams.”

Mr Dunne added: “As cost-of-living pressures increase, I also welcome the news that this investment from water companies will come at a cost to bill payers of just £1 extra per month for the first five years. Ofwat must use its powers and influence to ensure that the Government’s strategic priorities are delivered by the sector through responsible re-investment of profits.”

Related: French politicians call for Britain to be sued over Channel sewage