The results may be in, but the hot takes are just getting started. 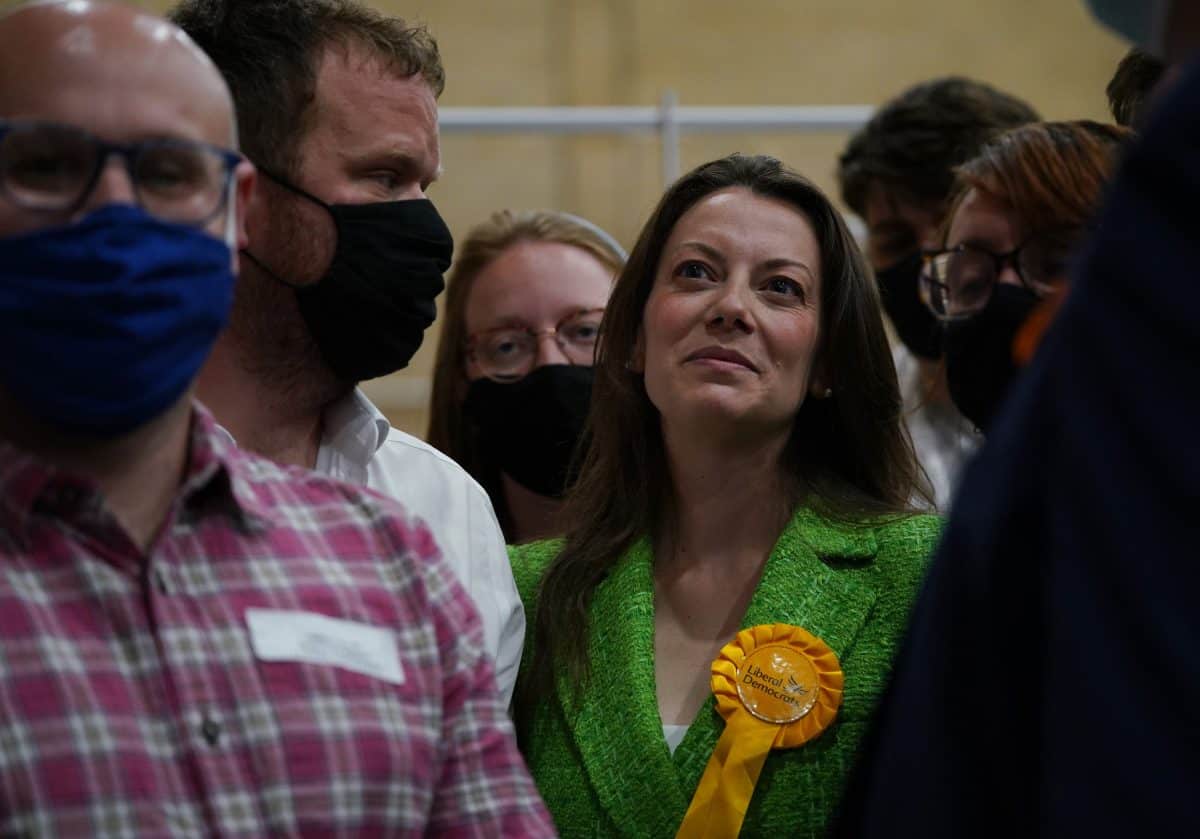 The leader of the Liberal Democrats has said the party’s historic win in the Chesham and Amersham by-election will “send a shockwave through British politics”.

Sir Ed Davey claimed that the result demonstrates that the “Blue Wall” of Tory southern seats could be vulnerable after Boris Johnson’s Conservative Party suffered a humiliating defeat in the contest.

Liberal Democrat Sarah Green is the country’s newest MP after winning the Buckinghamshire seat, which had been a Conservative stronghold since its creation in 1974.

The Tories sought to limit the damage, insisting it was difficult for governing parties to win by-elections, but defeated candidate Peter Fleet acknowledged the Conservatives had to rebuild “trust and understanding” with voters.

The by-election was triggered by the death of former Cabinet minister Dame Cheryl Gillan, who took the seat with a majority of 16,233 in the 2019 general election – some 55 per cent of the vote.

In a stunning result, Green took 56.7 per cent of the vote to secure a majority of 8,028 over the second-placed Tories.

Sir Ed told BBC Breakfast on Friday: “I think this will send a shockwave through British politics.

“Liberal Democrats have had good wins in the past but this is our best ever by-election victory and it if was repeated across the South, literally dozens of Conservative seats would fall to the Liberal Democrats.

“People talked about the Red Wall in the North, but forgotten about the Blue Wall in the South, and that’s going to come tumbling down if this result is mimicked across this country.”

Polling expert Sir John Curtice told BBC Radio 4’s Today programme that he made it the “worst Labour performance in any by-election” after it took just 1.6 per cent of the vote.

The inquest has already begun – on both sides of the aisle. Theresa May’s former chief of staff, Gavin Barwell, suggested that the result is a “mirror image” of last month’s Hartlepool by-election.

#CheshamandAmersham result a mirror image of Hartlepool – partly down to local issues, but partly a reminder to the Conservatives that there is a flip side to the Red Wall and the realignment of British politics that they are so enthusiastically embracing

Figures on the Labour left suggested that the Lib Dems’ victory rubbished Sir Keir Starmer’s claims that a ‘vaccine bounce’ is responsible for the party’s struggles in the polls.

The Lib Dems thrashing the Tories in a massively safe Tory seat completely destroys Keir Starmer’s excuse that Labour are only struggling because of a vaccine boost.

If Labour lose the Batley and Spen by election, Starmer will have to resign.

Others suggested that it paved the way for inevitable arguments about the viability of a so-called ‘progressive alliance’ before the next general election.

You can think “progressive alliance” is good or bad idea, but result suggests can’t reasonably claim is a non-starter. Blair’s manifesto in @NewStatesman last month zeroed in on question of Lib Dem alliance: we will likely end up with arguments about different versions of this. https://t.co/t0rTDguLWL

Dominic Cummings, meanwhile, decided that the result shed a bit of light on the “ephemeral emotional waves of the lobby’s constant hysteria”.

Meanwhile those with ties north of the border were simply keen to see the result as a portent of further upsets to come.

If the Lib Dems can win in Chesham and Amersham, ??????? can win at Wembley. Big upsets happen. And well done the people of C and A for understanding that Johnson’s Tories are the real enemy of the people and doing untold damage to the UK. Now let’s hope people in Batley/Spen 1/2