In a stunning result, the Liberal Democrats took 56.7 per cent of the vote to secure a majority of 8,028. 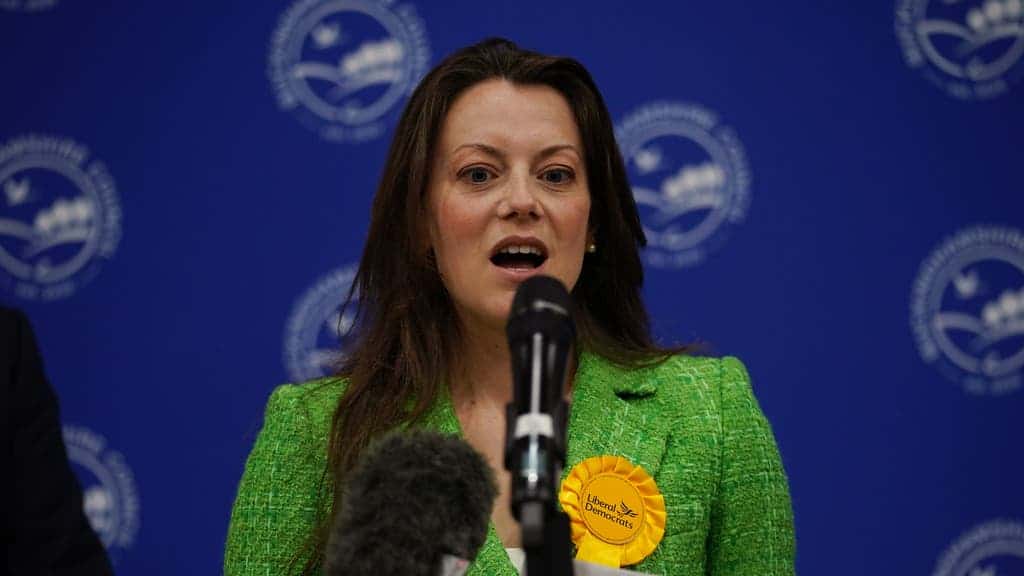 Boris Johnson’s Tories suffered a humiliating by-election defeat as the Liberal Democrats scored a historic win in Chesham and Amersham.

Lib Dem Sarah Green is the country’s newest MP after winning the seat, which had been a Conservative stronghold since its creation in 1974.

Sir Ed Davey, the Lib Dem leader, said the result sent a “shockwave through British politics” by showing that the “Blue Wall” of Tory southern seats could be vulnerable.

The Tories sought to limit the damage, insisting it was difficult for governing parties to win by-elections, but defeated candidate Peter Fleet acknowledged the Conservatives had to rebuild “trust and understanding” with voters.

The contest was triggered by the death of former Cabinet minister Dame Cheryl Gillan, who took the seat with a majority of 16,233 in the 2019 general election – some 55 per cent of the vote.

In a stunning result, Ms Green took 56.7 per cent of the vote to secure a majority of 8,028 over the second-placed Tories.

“This Conservative Party has taken people across the country for granted for far too long,” Ms Green said.

Congratulations to @SarahGreenLD who has just sent a shockwave through British politics. If @libdems can beat the Tories here, we can beat them anywhere. The blue wall can be smashed by @libdems

Watch: These ladies’ reaction to Boris Johnson’s resignation is wonderful