"Main takeaway: f*cking do something about climate change you capitalist b*stards," wrote one review. 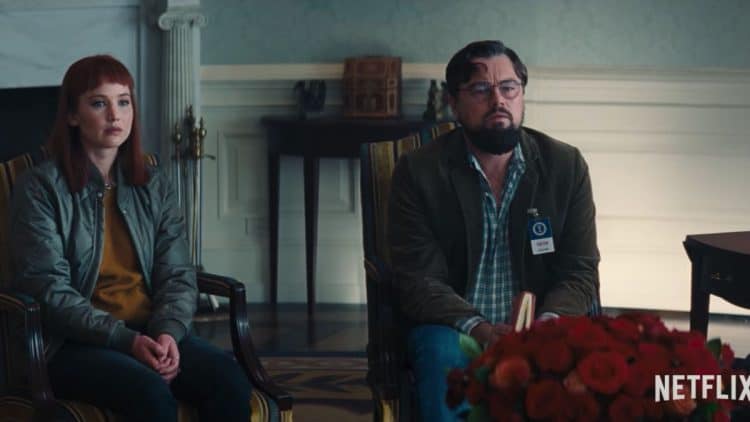 Adam McKay’s end-of-the-world film Don’t Look Up is a ‘powerful’ depiction of society’s response to scientific warnings, campaigners say, although it hasn’t had great reviews across the board.

The film, a satire in which two scientists played by Leonardo DiCaprio and Jennifer Lawrence attempt to warn an indifferent world about a comet that threatens to destroy the planet.

The film is an allegory of the climate crisis.

David Ritter, chief executive of Greenpeace Asia Pacific, says he was struck by the sense of desperation portrayed by the film’s scientists, finding the parallel with the climate crisis “very, very powerful”.

“There are tens or hundreds of thousands of people across the world who are scientists, activists, campaigners … giving their lives to this work,” Ritter said. “The sheer number of people who have asked me … what is wrong with our political leaders that they do not understand?”

However, Guardian film-critic Peter Bradshaw gave it two stars and wrote: “Adam McKay’s laboured, self-conscious and unrelaxed satire Don’t Look Up is like a 145-minute Saturday Night Live sketch with neither the brilliant comedy of Succession, which McKay co-produces, nor the seriousness that the subject might otherwise require.”

Take a look at the funniest tweets about the film so far: