Prince Andrew should be 'quaking in his boots.' 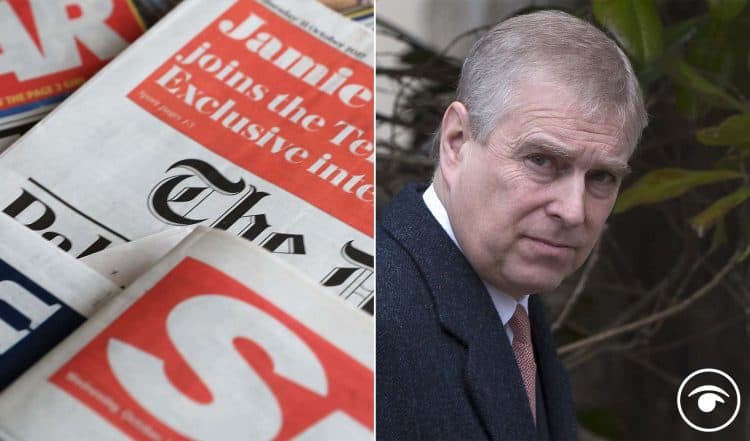 The front pages report mounting pressure on the Duke of York while a shortage of Covid tests continue to cause problems.

The Daily Mail, the i  and The Daily Telegraph all lead with comments from Lisa Bloom, a lawyer representing Jeffrey Epstein victims, that the duke should be “quaking in his boots”.

The Daily Express reports the Prince is worried about damage to the monarchy and has told friends he wants to “protect the Queen” by stopping the civil case from being heard.

The Daily Mirror quotes former Epstein butler Juan Alessi – who testified in the Maxwell trial – as saying Andrew should speak to the FBI “if nothing else to clear himself”.

The Financial Times reports Prime Minister Boris Johnson will be cleared of breaking the ministerial code over a loan used to redecorate his flat.

The Times leads with comments from the head of NHS Providers Chris Hopson that there is no need for more restrictions despite rising hospitalisations. But The Independent reports the NHS is also warning admissions will continue to rise for at least another ten days.

The Guardian features a British Medical Association warning that NHS workers are not being properly prioritised for Covid tests amid the lack of supply. And the Daily Star reports some lateral flow kits are selling for as much as £210.