“Freedom of the media is a bedrock of our democracy and the tendency to see reporters as a threat rather than an asset is something we are more used to seeing with our work in authoritarian regimes around the world rather than advanced democracies.” 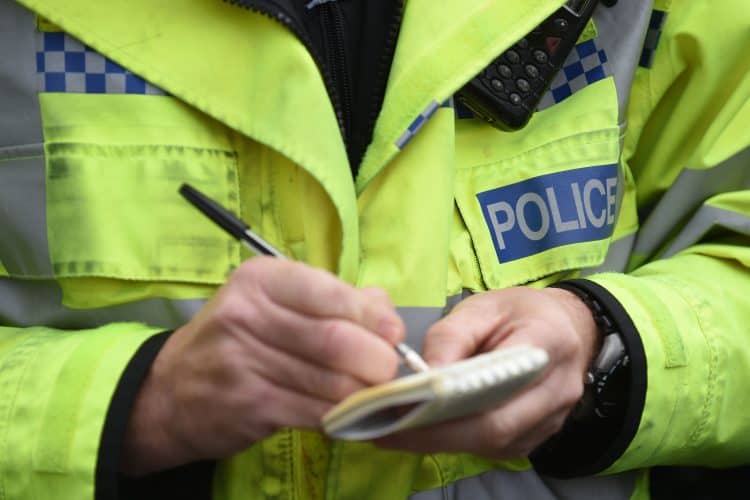 Calls have been made to scrap secret police guidance which appears to treat journalists akin to criminals and extremists.

The Society of Editors and the Crime Reporters Association (CRA) have warned the hidden section of the College of Policing’s guidance risks “equating the media profession with the wrong-doing and corruption journalists sought to uncover”.

In a letter to Andy Marsh, chief executive of the body which sets police standards and training, the Society’s executive director Dawn Alford and chairwoman of the CRA Rebecca Camber said the counter-corruption guidance risks “damaging the public’s perception of the media” and requires “urgent revision”.

The Authorised Professional Practice (APP) guidance is issued to all police forces in England and Wales.

Although parts of it are published online, the section on “notifiable associations”, a list of links with people and groups that officers should declare associations with, is restricted and therefore not open to public scrutiny.

The letter said: “The media fulfils a vital role in keeping the public informed about the work of the police and alongside bringing offenders to justice and helping keep communities safe, media scrutiny promotes transparency and aids understanding of how police forces across the UK operate.

“The inclusion of journalists within a ‘notifiable associations’ list in counter-corruption guidance gives the wrongful impression that reporters seek to corrupt or deceive and equates the profession with the wrongdoing and dishonesty that journalists work to uncover.”

It comes after the Metropolitan Police Service (MPS) was criticised by the police watchdog for not requiring officers to disclose associations with journalists in line with the national guidance.

Earlier this year Her Majesty’s Inspectorate of Constabulary and Fire & Rescue Services (HMICFRS) apologised in the wake of objections from media bodies after appearing to equate journalists with extremist groups in findings on corruption in the Met. Its report recommended police officers disclose associations with “journalists and extremist groups”.

Despite the apology, the recommendation remained unchanged and its implementation is thought to be currently under review, industry leaders said, warning that any decision by the Met to adopt this “would set a disturbing precedent.”

The letter said: “At a time when a number of our members continue to report difficulties in accessing information on behalf of the public from individual forces, the implementation of the HMICFRS recommendation by the MPS would set a disturbing precedent for other forces to follow at a time when police and media relationships across a number of forces remains low.

“A successful working relationship between the police service and journalists is vital to policing legitimacy in the UK and as the new Commissioner Sir Mark Rowley prepares to take office and seeks to improve public confidence in the force, the public’s perception of the police’s relationship with the media is just as important as the relationship itself.

“By continuing to force police officers and staff to list associations with journalists under the banner of counter-corruption efforts, the policy merely continues to associate both with the wrongdoing all seek to distance themselves from.

“It is in the interests of all for the police and media to work effectively to the benefit of the public and it is our belief that the removal of journalists from the declarable associations list of the authorised professional practice guidance for counter corruption would help achieve this.”

Freedom of expression campaign group Index on Censorship’s chief executive Ruth Smeeth said: “Index is increasingly concerned at the seemingly growing perception within the British police that journalists are seen as unsavoury or potentially disreputable individuals for officers to associate with.

Freedom of the media

“Freedom of the media is a bedrock of our democracy and the tendency to see reporters as a threat rather than an asset is something we are more used to seeing with our work in authoritarian regimes around the world rather than advanced democracies.”

Steve Hartshorn, national chairman of the Police Federation of England and Wales (PFEW), said: “PFEW is not aware of forces obligating individual officers to disclose associations with journalists as part of the APP guidance.

“We believe that there is an ardent need for all forces to work in cooperation with journalists, who are governed by a code of conduct and guidance of the Independent Press Standard Organisation, to promote the good work our members do every day and to explain policing issues needed for ensuring public confidence in our police officers.

“The APP guidance should be followed by forces in its intended spirit.”

An HMICFRS spokeswoman said: “We acknowledge the essential role journalists play in our democracy, including holding police forces to account.

A College of Policing spokesman said: “Journalists have an important role in holding police to account and supporting the service with news stories including appeals for information.

“There is a public expectation for the police to have policies in place to protect sensitive information held by the police which can include details of members of the public and police operations.

“This includes a requirement to declare any potential conflicts of interest in order to be open and transparent, as well as mitigate any risks that may arise.

“The guidance given to police forces should not impede healthy relationships between the police and the media. We are working with the National Police Chiefs’ Council and others to review the guidance and will listen very carefully to any issues raised by the media.”