Lord Sugar asks how we could reverse Brexit and does this thread response nail it?

Sugar recently said: "The biggest liars in 2016 was Boris and Gove with the red bus. They should both go to Jail. As a chairman of a public company if I mislead or lied to my shareholders ( in this case the public ) I would be sent to jail." 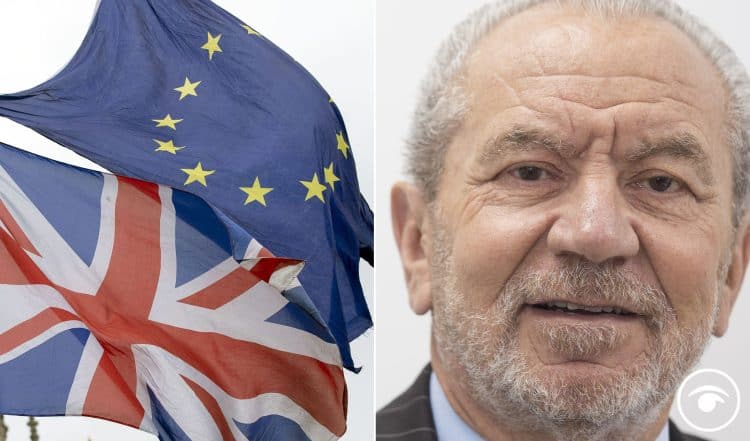 Lord Sugar has been raging about Brexit over the last few days.

it comes as Liz Truss has been accused of “playing to the gallery” and risking worsened diplomatic relations with France after she said the “jury’s out” on President Emmanuel Macron.

The Foreign Secretary told Tory members at a leadership hustings in Norwich on Thursday that she was undecided as to whether the French leader was “friend or foe”.

A number of issues have affected the UK and France in recent months, including boat crossings in the Channel and travel chaos around Dover, which Ms Truss blamed on a lack of staffing by the French authorities.

He then took to Twitter on August 27 and wrote: “The biggest liars in 2016 was Boris and Gove with the red bus. They should both go to Jail. As a chairman of a public company if I mislead or lied to my shareholders ( in this case the public ) I would be sent to jail.”

Then this morning he followed it up, asking: “This might sound a stupid if not naive question but what would it take for us to reverse Brexit and re join the EU. Serious debate please.”

So what could reverse Brexit?

Well, Dr Mike Galsworthy’s thread might go some way to returning the UK to the heart of Europe.