After hosting the G7 summit in Cornwall over the weekend, where there were accusations of a lack of social distancing, the PM will lead a press conference this evening. 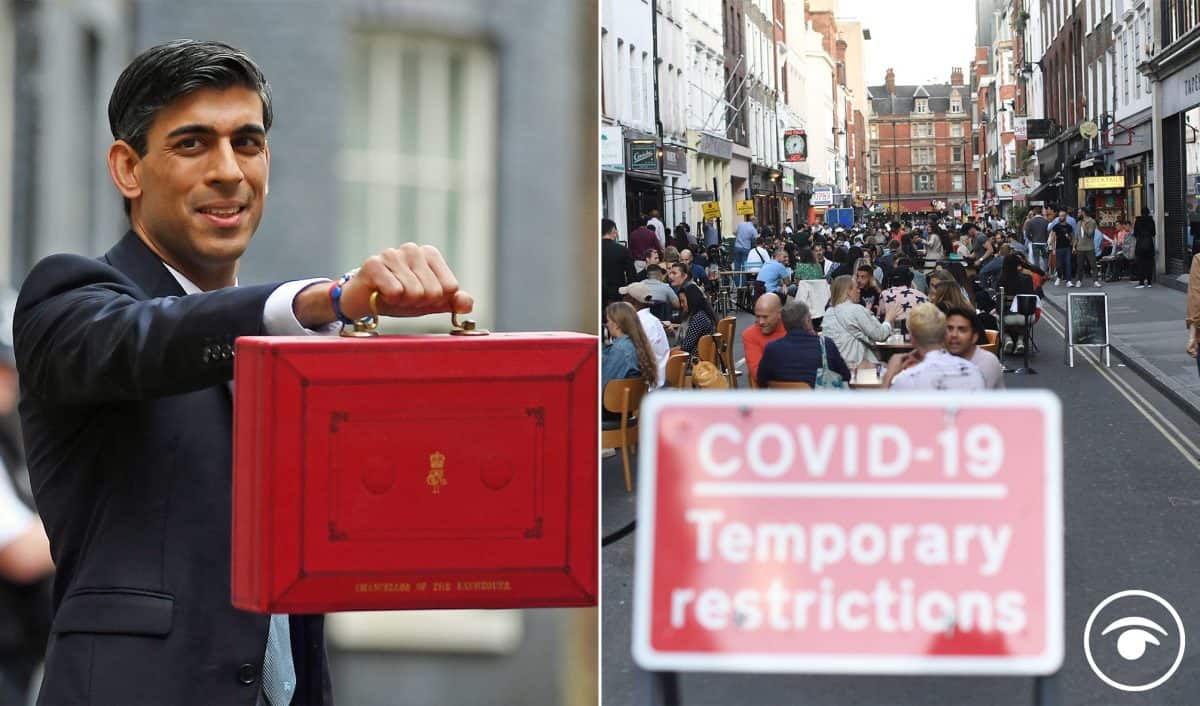 The PM is facing a furious backlash from Tory MPs as he prepares to put the final lifting of coronavirus lockdown restrictions in England on hold.

The Prime Minister is expected to announce the ending of social-distancing rules – which had been slated for June 21 – will be delayed for four weeks to July 19, with the BBC reporting early on Monday the decision had been signed off by senior ministers.

The move follows warnings from scientists that the rapid spread of the Delta variant first identified in India risks a “substantial” third wave if it is allowed to spread unchecked.

Yesterday on The Andrew Marr show Sage Professor Andrew Hayward said: “It’s very clear we will have a substantial third wave of infections – the big question is how does that translate into hospitalisations.”

Sage Professor Andrew Hayward: "It's very clear we will have a substantial third wave of infections – the big question is how does that translate into hospitalisations." #marr

Delta variant: "We will have a substantial third wave of Covid infections"

SAGE adviser Prof Andrew Hayward tells #Marr "the really big question is how much that wave of infections is going to translate into hospitalisations"https://t.co/Mqov2G2DYH pic.twitter.com/H4lGOKacKl

It comes as demands from businesses to extend the furlough scheme were rejected by Sunak yesterday – despite the expected delay to ending lockdown.

The wage support fund is due to start being wound down at the end of June.

From July 1, the Government’s share will fall to 70 per cent with employers contributing 10 per cent, as part of a staged withdrawal of the scheme due to finish completely at the end of September.

Trade body UKHospitality has called for Mr Sunak to keep the full relief in place for a further three months until the start of October.

Chief executive Kate Nicholls said yesterday: ‘We recognise that the Chancellor has provided long-term support for the sector which extends into the recovery period, but there is no doubt that any extension to the restrictions will be challenging for sectors yet to open and those still trading at a loss to navigate.’

Mr Johnson is expected to appeal to the public to show patience, with one last push to ensure that when controls do finally end it is “irreversible”.

However, it comes as a huge setback to many businesses – particularly in the battered hospitality sector – which had pinned their hopes on a full summer reopening to recoup some of the losses of the past year.

There was deep frustration among lockdown sceptics on the Conservative benches who said there was no reason not to end the restrictions as those most at risk of death or serious illness are now fully vaccinated.

Former minister Mark Harper, the chairman of the Covid Recovery Group (CRG) of Tory MPs, said any postponement would be a “political choice”.

He warned that if the unlocking did not go ahead as planned, restrictions could carry on through the autumn and into the winter as other respiratory infections picked up.

“The effectiveness of our vaccines at preventing hospitalisation means unlocking on June 21 could proceed safely. Any decision to delay will be a political choice,” he said.

“Variants and mutations will appear for the rest of time. We have to learn to live with it.

“If our very effective vaccines cannot deliver us freedom from restrictions, then nothing ever will.”

Steve Baker, the CRG deputy chairman, questioned how long the country could “fumble along” with restrictions that had such “devastating consequences” for both business and people’s mental health.

Mr Johnson is expected to make the formal announcement at a press conference on Monday evening after he returns to Downing Street from attending the Nato summit in Brussels.

After hosting the G7 summit in Cornwall over the weekend, the Prime Minister is thought to have spent Sunday evening going through the latest data with the senior ministers and officials most closely involved in the process.

The latest daily Government figures from Sunday showed another rise in infections with a further 7,490 lab-confirmed cases in the UK – up 2,149 from a figure of 5,341 the previous week.

Foreign Secretary Dominic Raab indicated at the weekend that they wanted to use the additional time to get millions more younger people double-jabbed.

He said that while the vaccines had weakened the link between infections and hospital admissions, they wanted to be sure it was “severed and broken”.

The cautious approach was, he said, necessary to ensure the the unlocking was “irreversible” and that they did not have to “yo-yo back in and out of measures”.