"I think that the EU and US have all the cards. All the leverage is with them." 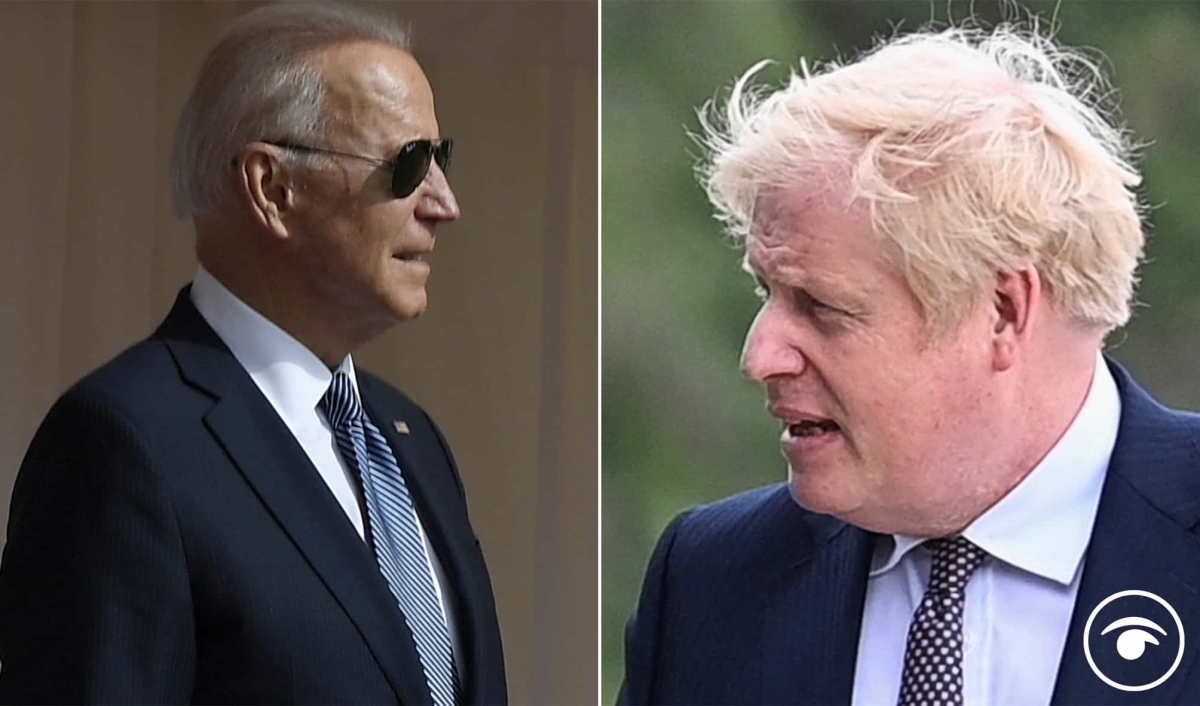 Joe Biden urged Boris Johnson to ensure the Northern Ireland peace process is protected in his bitter row with Brussels over post-Brexit trading arrangements, the White House has disclosed.

US national security adviser Jake Sullivan said Mr Biden – who has spoken of his pride in his Irish roots – had held a “candid discussion” with the Prime Minister about the issue during the course of the G7 summit in Cornwall.

Answering questions from American reporters, Mr Sullivan said the president had expressed his views with “deep sincerity” but declined to go into detail, suggesting Mr Biden may have delivered his message with some feeling.

“All I’m going to say: they did discuss this issue. They had a candid discussion of it in private,” Mr Sullivan said.

“The president naturally, and with deep sincerity, encouraged the Prime Minister to protect the Good Friday Agreement and the progress made under it.

“The specifics beyond that, I’m not going to get into.”

Mr Sullivan would not be drawn on whether the president had linked the issue to a free trade deal with the UK and did not specify when the conversation took place.

The two leaders held a bilateral meeting on Thursday before the main summit began and afterwards Mr Johnson played down any differences between them on the issue.

The disclosure came as the gathering ended with a furious diplomatic spat after Foreign Secretary Dominic Raab accused French President Emmanuel Macron and other senior EU figures of talking about Northern Ireland “as if it was some kind of different country to the UK”.

He described such attitudes as “offensive” and called on the EU to show “respect” as such comments caused deep concern within Northern Ireland.

At his closing news conference, Mr Macron strongly denied that he had ever questioned British sovereignty but insisted the UK must honour the commitments which Mr Johnson signed up to in the Brexit Withdrawal Agreement.

“On this topic, everyone should return to reason, and my wish is we succeed, collectively, to put in motion what we all decided upon together several months ago,” he said.

“We should do it in all calm and with mutual respect, and I think that polemics every morning are not helpful.”

The continuing row over the implementation of the Northern Ireland Protocol in the agreement – intended to protect the peace process by ensuring there is no return to a hard border with the Republic – overshadowed much of the summit.

Mr Johnson repeated his warning that he could unilaterally delay the latest checks on chilled meats moving from Great Britain to Northern Ireland – due to come into force at the end of the month – unless there was a resolution to the dispute.

The EU has previously said that its patience is wearing “very, very thin” and had threatened to launch a trade war unless the UK abides by its treaty obligations.

Dr Nigel Bowles, a US politics expert at the University of Oxford, told Express.co.uk last year that “painful” concessions would have to be made on the UK side for a US trade deal.

He said: “I think that the EU and US have all the cards. All the leverage is with them.

“Boris Johnson has already got an agreement from 2019 with the EU, and they will hold him to it and the US will hold them to it.

“Whether Trump or Biden is President, the House of Representatives won’t pass a trade deal with the UK if the EU-UK understanding is overriden.

“I think there is a trade deal to be struck, but there will have to be painful trade-offs on environmental standards, food safety standards. There will be losers.”