The Prime Minister’s comic book bluster backfired, as he was mocked by actor Mark Ruffalo who plays the Hulk. 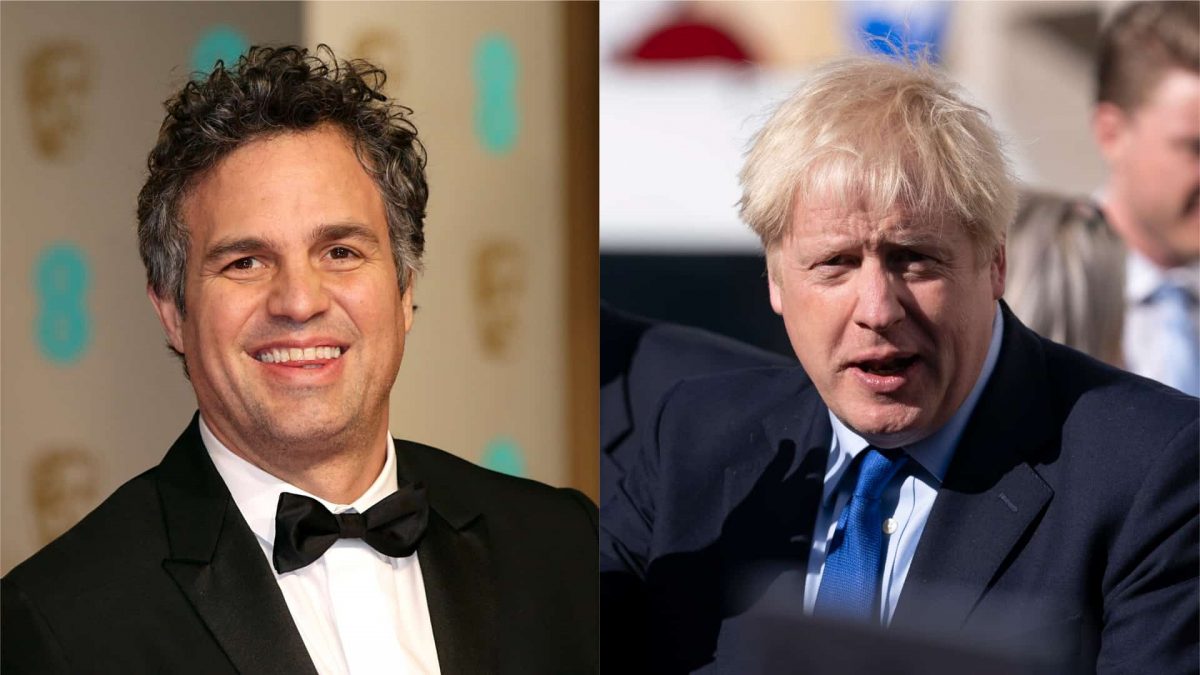 The Prime Minister told the Mail On Sunday that the UK will break out of the European Union’s “manacles” like Bruce Banner, who transforms into the giant green Hulk when angered.

However Ruffalo, who plays the green-tinged superhero in Marvel’s Avengers films, suggested Boris Johnson’s Hulk might be “dense and destructive” rather than “mad and strong.”

“Boris Johnson forgets that the Hulk only fights for the good of the whole,” the American tweeted. “Mad and strong can also be dense and destructive.

“The Hulk works best when he is in unison with a team, and is a disaster when he is alone.

“Plus… he’s always got Dr Banner with science and reason.”

The actor, who has played the Hulk since 2012, joined a number who suggested the Prime Minister lacked understanding of the comic book character when he made the comparison.

“This is the kind of thing my kids would say aside from they would never make such glaring errors about The Hulk, I’ve raised them properly,” Labour MP Jess Phillips tweeted.

Call The Midwife actor Stephen McGann added: “I also note, with reference to the Hulk, that Theresa May’s ‘red, white and blue Brexit’ has morphed effortlessly into a ‘green, violent and emotionally unstable’ Brexit. Righto.”

Brexit Secretary Steve Barclay praised Mr Johnson’s novel metaphor and even revived another recent favourite of the Conservative Party – an assertion that Labour leader Jeremy Corbyn is a “chicken” for not voting for an early general election.

“The Hulk was a winner and was extremely popular and I’d rather be backing a character and a leader who is The Hulk, rather than one who is on the ‘chicken run’, as Jeremy Corbyn is,” Mr Barclay told Sky’s Sophy Ridge On Sunday.

But the European Parliament’s Brexit co-ordinator Guy Verhofstadt described the Prime Minister’s Incredible Hulk comparison as “infantile” even when compared with the rhetoric of US President Donald Trump.

“Even to Trumpian standards the Hulk comparison is infantile,” he tweeted. “Is the EU supposed to be scared by this? The British public impressed?

“Is this Boris Johnson whistling in the dark?”

Boris Johnson switched to backing Brexit to further his career

The Conservative former prime minister wrote that Boris Johnson privately claimed there should be a “fresh renegotiation, followed by a second referendum” – which he now insists he opposes to curry favour with the far right of the Tory party by demanding a Brexit by October 31.

Boris Johnson was “certain the Brexit side would lose”, with “little risk of breaking up the government he wanted to lead one day” – making his support for the Leave campaign a “risk-free bet on himself,” Cameron wrote.