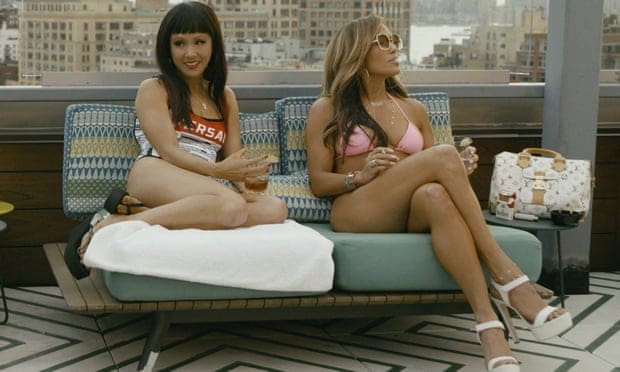 Sometimes films can capture a moment. Just as #MeToo starts to lose a little of its headline dominating state, the first film to capture the mood of the movement has reached cinema screens.

Hustlers opens in a pre-2008 New York strip club. There women who know what they are doing, led by the magnificent Ramona (Jennifer Lopez), can make serious money out of the louts in the world of finance who enter their lair. Post-2008 financial crisis, the bottom has fallen out of Wall Street and the remaining girls turn to desperate means; drugging and robbing the remaining customers to make a small fortune.

Led by women in front of the camera and behind (Hustlers is directed by Lorene Scafaria, who also wrote Seeking A Friend For The End of The World), what the film managed to capture better than any other I’ve seen is an inherent sense of sisterhood, and the need to fight the patriarchy together. The delicious irony of this is the abhorrence of their crimes, matched only by the abhorrence of the Wall Street rats they are fleecing.

The film’s style is as much indebted to Scorsese’s approach as enslaved by it, allowing for a thrilling opening two acts, but also let down by a rigid flashback style and a third act that starts to follow the Goodfellas beats a little too closely. The supporting cast is also something of a let down, particularly Lilli Reinhart being sick everywhere and an unfulfilled Cardi B cameo (she disappears as the crimes start, perhaps due to allegations of her doing exactly these sorts of crimes in her days as a stripper).

As films go about sticking it to the man and to sense being in a woman’s world there are few to top Hustlers, a 9to5 on coke if you will. As a crime film it doesn’t quite ascend to the heights required, and neither does it quite live up to the promise of framing the corruption of Wall Street against the unfairness of capitalism. Nevertheless, it’s a hell of a dance and one that will stick in the memory long after the dream comes to an end.