The defector is set to launch a tirade against the state of his former party under Mr Corbyn’s leadership. 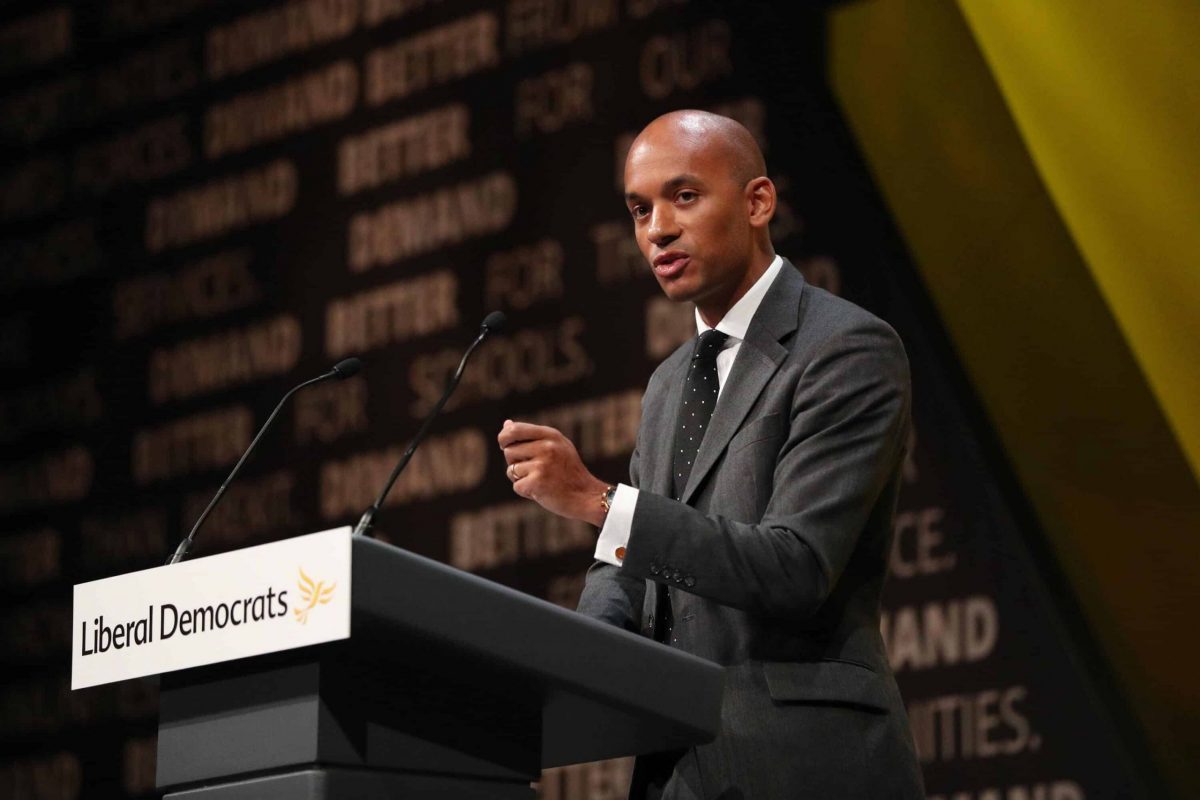 Chuka Umunna is preparing to launch a savage verbal attack on his former leader Jeremy Corbyn in his first speech at a Liberal Democrats party conference.

The Streatham MP defected to the anti-Brexit party in June, having walked out  of Labour with six other colleagues in February to stand as Independents.

He will address the Lib Dem party conference in his role as foreign spokesman  with a speech expected to slam the state of the Labour Party and its shift to the left under Mr Corbyn’s leadership .

Mr Umunna, once heavily tipped for Labour leader, is set to call the Islington North MP an “apologist for a hard-right Russian government” and criticise the way it has become “acceptable to abuse” opponents of the left-wing leader under the current regime.

Taking aim at his former party, he is expected to tell delegates in Bournemouth: “You (Labour) cannot be a champion of liberalism if you are currently subject to a formal investigation by the Equality & Human Right Commission for institutional racism against Jewish people.

“You cannot be a champion of liberalism when your leader’s supporters think it is acceptable to abuse, vilify and deselect anyone who dares to question the leader.

“And you cannot claim to be liberal when the political editor of the BBC needs to take a bodyguard to your conference.”

Meanwhile,  the party’s Treasury spokesman Sir Ed Davey is preparing to unveil a well-being budget where investment, should the Lib Dems be elected to government, would be focused on improving quality of life and care rather than prioritising economic growth.

The move would see money put into public services, with boosts in funding for mental health provision and for tackling domestic violence, said Sir Ed’s spokesman.

The Kingston and Surbiton MP is expect to say: “We will introduce Britain’s first ever well-being budget so the needs of our most vulnerable people are at the heart of our spending priorities.”

A similar scheme was brought in by Jacinda Ardern’s New Zealand government and the UK Green Party has also promised to create a budget based on well-being if it is elected to power.

The Dorset conference has so far been dominated by the news that the Lib Dems would cancel Brexit without a referendum if the party is elected to power with a majority at the next election.

Party leader Jo Swinson had proposed the shift in stance on Europe in the run up to the four-day event and on Sunday the East Dunbartonshire MP received a huge boost from members when they overwhelmingly backed her plan to revoke Article 50, should she be installed in Downing Street.

The day did not go entirely to plan elsewhere, with Ms Swinson heckled by an elected member of her party.

She was shouted down as she explained why she had accepted ex-Tory minister Phillip Lee into the party.

The Bracknell MP has previously refused to back same-sex marriage and moved to block those with HIV from migrating to the UK.

Catherine Finnecy, a Chelmsford councillor, berated Ms Swinson during her answer and told the PA news agency afterwards: “She stood up there defending a Ukip policy and claimed it was liberal.

“Jo and Alistair (Carmichael, chief whip) have been defending it to everyone but it is highly offensive.”

Day two of the conference featured an emotional goodbye to Sir Vince Cable, the party’s former leader who has announced he will stand down as an MP at the next election.

In what looked like his final speech as a party MP, the 76-year-old drew a standing ovation as he called for the party to be a “broad church”, in response to Labour and the Tories who, he argued, are drifting away from the centre ground.

Sam Gyimah, a former Tory minister, became the sixth MP to switch allegiance to the party this year and some polling companies predict the Lib Dems could take as much as a fifth of the vote at the next election – up from just 7% in 2017.

The Twickenham MP and former cabinet minister told delegates: “Within the next few weeks and months I hope and expect that the trickle from both sides will become a flood. Something big is happening here.”

James Cleverly, chairman of the Conservative Party, said the Lib Dem stance on revoking Article 50 would lead to “more delay, division and uncertainty”.

“Despite calling herself a democrat, Jo Swinson’s mask has slipped and we now know that she wants to overrule one of the largest democratic votes in British history, cancelling Brexit,” the Braintree MP said.