Chris Bryant told MPs the Russian oligarch should "no longer be able to own a football club in this country". 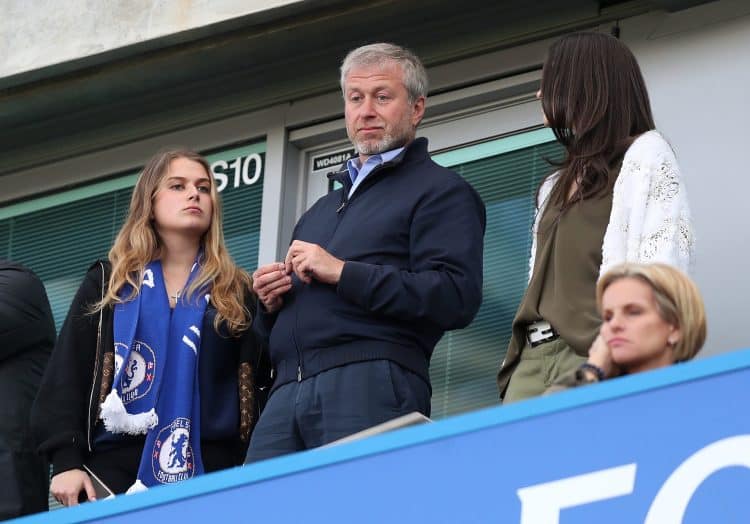 Roman Abramovich should not be allowed to own Chelsea, a Labour MP has told the Parliament.

In discussions around the government’s response to the Ukraine crisis, Chris Bryant said the 55-year-old Russian oligarch should “no longer be able to own a football club in this country”.

Bryant claimed he had seen “a leaked document from 2019 from the Home Office which says in relation to Mr Abramovich – ‘As part of HMG’s Russia strategy aimed at targeting illicit finance and malign activity, Abramovich remains of interest to HMG due to his links to the Russian state and his public association with corrupt activity and practices’.”

The Labour MP added: “‘HMG is focused on ensuring that his link to illicit finance and malign activity are unable to base themselves in the UK and will use the relevant tools at its disposal, including immigration powers to prevent this’.

“That is nearly three years ago and yet remarkably little has been done in relation. Surely Mr Abramovich should no longer be able to own a football club in this country? Surely we should be looking at seizing some of his assets including his £152 million home? And making sure that other people who have had Tier 1 Visas like this are not engaged in malign activity?”

In response, the Commons Leader – Mark Spencer – replied: “He will know under the sanctions passed in the House this week there is the opportunity for the Government to take very strong action against high-profile Russian individuals who are of concern.

“He will be aware that the Home Secretary will be at this despatch box next Monday for Home Office questions and I am sure he will be able to challenge her directly.”

Boris Johnson has vowed that Britain “cannot and will not just look away” from Vladimir Putin’s invasion of Ukraine and pledged to unite with allies to respond with a massive package of sanctions designed to “hobble the Russian economy”.

In a televised statement at midday on Thursday, the prime minister said the world cannot stand by and allow the freedom of Ukraine to be “snuffed out”, as Moscow hit its neighbour with a wide-ranging attack, targeting cities and bases with air strikes or shelling.

“This act of wanton and reckless aggression is an attack not just on Ukraine, it’s an attack on democracy and freedom in eastern Europe and around the world,” Johnson said from Downing Street.

The prime minister criticised the Russian president for having “unleashed war in our European continent”, attacking Ukraine “without any provocation and without any credible excuse”.

Johnson, who earlier chaired an emergency meeting of the Cobra committee, said: “Innumerable missiles and bombs have been raining down on an entirely innocent population.

“A vast invasion is under way by land, by sea and by air. We, and the world, cannot allow that freedom just to be snuffed out. We cannot and will not just look away.

“Today in concert with our allies we will agree a massive package of economic sanctions designed in time to hobble the Russian economy.

“Diplomatically, politically, economically, and eventually, militarily, this hideous and barbaric venture of Vladimir Putin must end in failure.”