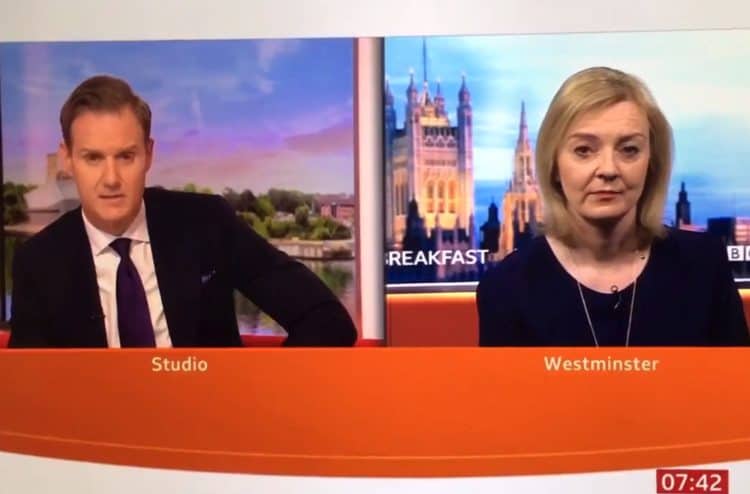 Dan Walker has been praised following a “superb” interview with Liz Truss this morning.

The BBC presenter questioned the foreign secretary on the “closeness of the British government to Russian money” following a raft of sanctions that were deemed a damp squib by opponents.

Boris Johnson has been urged to get tougher with Russia as Truss said the Government was already considering a number of further measures to stop Vladimir Putin’s incursion into Ukraine.

Appearing on BBC Breakfast this morning, Truss was offered a taster of what could be served up in a blistering interview with Dan Walker.

Related: Elevenses: Is The Next Brexit In Sight?