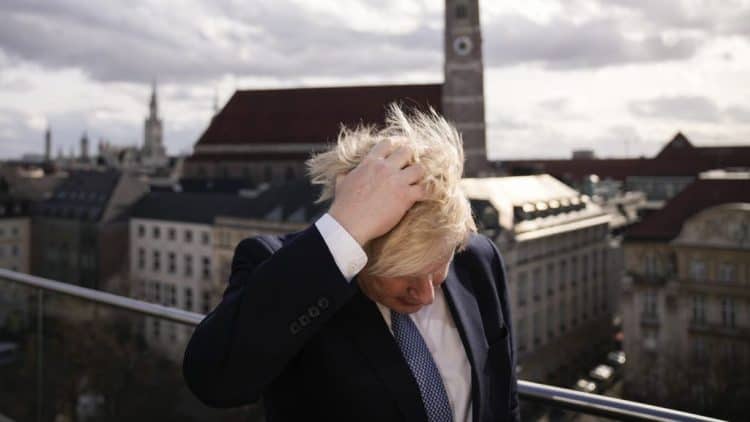 Boris Johnson has been urged to impose tougher sanctions on Russia as the Foreign Secretary said the Government was already considering a number of further measures to stop Vladimir Putin’s incursion into Ukraine.

The Prime Minister is likely to come under fire in the Commons on Wednesday over the punishment doled out to Kremlin-linked oligarchs and banks in response to Russian aggression.

Writing in The Times Liz Truss, the Foreign Secretary, said she had held a call with G7 allies to “agree the next package” of sanctions, while No 10 insisted there was more to come if Russia did not back down from manoeuvres in eastern Ukraine where troops had been sent into the Donbas region under the guise of being “peacekeepers”.

Calls have also been held between UK ministers and their counterparts in Baltic states which may feel under threat by Russia’s actions, as the US sent troops already stationed in Europe to Estonia, Latvia and Lithuania in what was called a “defensive” move.

But the British sanctions offering was branded as “gruel” by the Liberal Democrats’ Layla Moran, while Labour leader Sir Keir Starmer said “we must be prepared to go further”.

Former Tory foreign secretary Jeremy Hunt warned that “Putin will have predicted and discounted western sanctions long ago, so does he (Mr Johnson) agree that if we are not to be behind in the diplomatic chess game, we need to do some things that he is not expecting?”.

Tobias Ellwood, Conservative chairman of the Defence Committee, said: “Sanctions alone will not be enough, indeed untargeted sanctions may play into Putin’s plan to pivot Russia ever closer to China.”

Conservative former minister Mark Harper asked for assurances that Boris Johnson will implement “further and stronger measures even if President Putin does no more”.

In the Lords, former Navy chief Lord West of Spithead said the UK and US should be preparing to make Putin’s “eyes water”.

The Labour peer, a member of Parliament’s Intelligence and Security Committee, said Putin had “made a calculation the pain isn’t that much and I have to say at the moment I would rather agree with him. He’s not getting that much pain”.

Reaction on social media has been similarly fierce.