The Newsnight presenter is leaving the BBC after two decades. Here are some of her must-see moments. 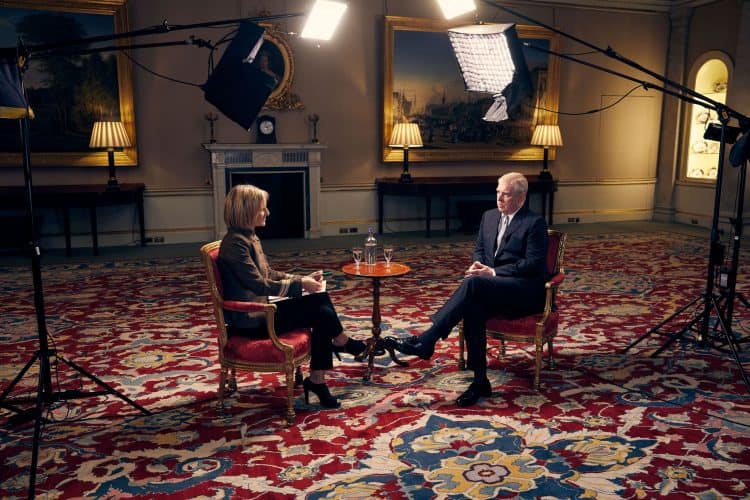 Emily Maitlis has announced her departure from the BBC after two decades.

The Newsnight presenter is set to join radio group Global to host a new daily podcast with fellow BBC journalist Jon Sopel, who had been among the favourites to succeed Laura Kuenssberg as the corporation’s political editor.

Maitlis described it as a “wrench” to leave the broadcaster after a “phenomenal” two decades.

She tweeted: “I am so grateful for the opportunities I’ve had there. More than anything I’m grateful to have worked with the most incredible people – many of whom are dear friends. I owe my BBC colleagues everything.”

Throughout her time at the corporation, Maitlis has established herself as one of journalism’s most formidable interviewers – so it’s only right that now, as she moves to pastures new, we round up some of her toughest talking.

Here are some of her best moments – starting, of course, with an obvious one…

The interview that launched a thousand lawsuits and put the Woking branch of Pizza Express on the map.

Maitlis’ 2019 Newsnight interview with Prince Andrew won her a host of awards, and set off a chain reaction which led to the Duke of York withdrawing from public life and, most recently, shelling out £12 million to settle a civil sex abuse case in the US.

That’s quite a legacy.

A controversial one. This viral monologue took the prime minister’s former adviser to task over his infamous lockdown-busting trip to Barnard Castle in May 2020.

“Dominic Cummings broke the rules, the country can see that, and it’s shocked the government cannot. The longer ministers and the prime minister tell us he worked with them, the more angry the response to this scandal is likely to be,” Maitlis said.

Come up against Maitlis, you better be well-prepared. This interview with UKIP’s then-deputy Mike Hookem – about the party’s hardline immigration policy – showed the perils of trying to bluster your way through. A must-watch.

Maitlis has, in recent months, twice been rebuked by the BBC for alleged breaches of impartiality – on both occasions, she was accused of demonstrating anti-Boris Johnson bias. As well as the aforementioned Cummings monologue, she ran into trouble when she retweeted a Piers Morgan remark which read: “If failing to quarantine properly is punishable by 10yrs in prison, what is the punishment for failing to properly protect the country from a pandemic?”

But asked recently whether she regrets either incident, she was firm: “No, I don’t.” Speaking to Press Gazette, she said: “It hasn’t ever been explained to me what was journalistically inaccurate about that.”

She continued: “The tweet said nothing I haven’t actually asked on air,” she says. “These are questions that we ask all the time as journalists on the programme. And if we stop doing that, then I think we’re in trouble. Because our audience can say to us: What are you about? What are you for?

“It’s funny to see something like [the Cummings apology statement] happen so quickly when a corporation can take up to three decades to investigate serious journalistic malfeasance and critical management failings in the [Martin] Bashir investigation. So I think it’s all a question of priority, really, isn’t it?”

5. Setting the score straight on Covid

In the early days of Covid, there was much talk that the virus was a great “leveller” – and that “fortitude” would see us through. But a brilliant monologue from the Newsnight presenter swiftly put that right. “You do not survive the illness through fortitude and strength of character, whatever the prime minister’s colleagues will tell us,” she said.

“The disease is not a great leveller, the consequences of which everyone – rich or poor – suffers the same. This is a myth which needs debunking. Those on the front line right now – bus drivers and shelf stackers, nurses, care home workers, hospital staff and shop keepers – are disproportionately the lowest paid members of our workforce. They are more likely to catch the disease because they are more exposed.”

And she added: “Those who live in tower blocks and small flats will find the lockdown a lot tougher. Those who work in manual jobs will be unable to work from home.”