Alfie Hubbard was among a group of right-wing extremists patrolling the streets in the wake of the Black Lives Matter movement. 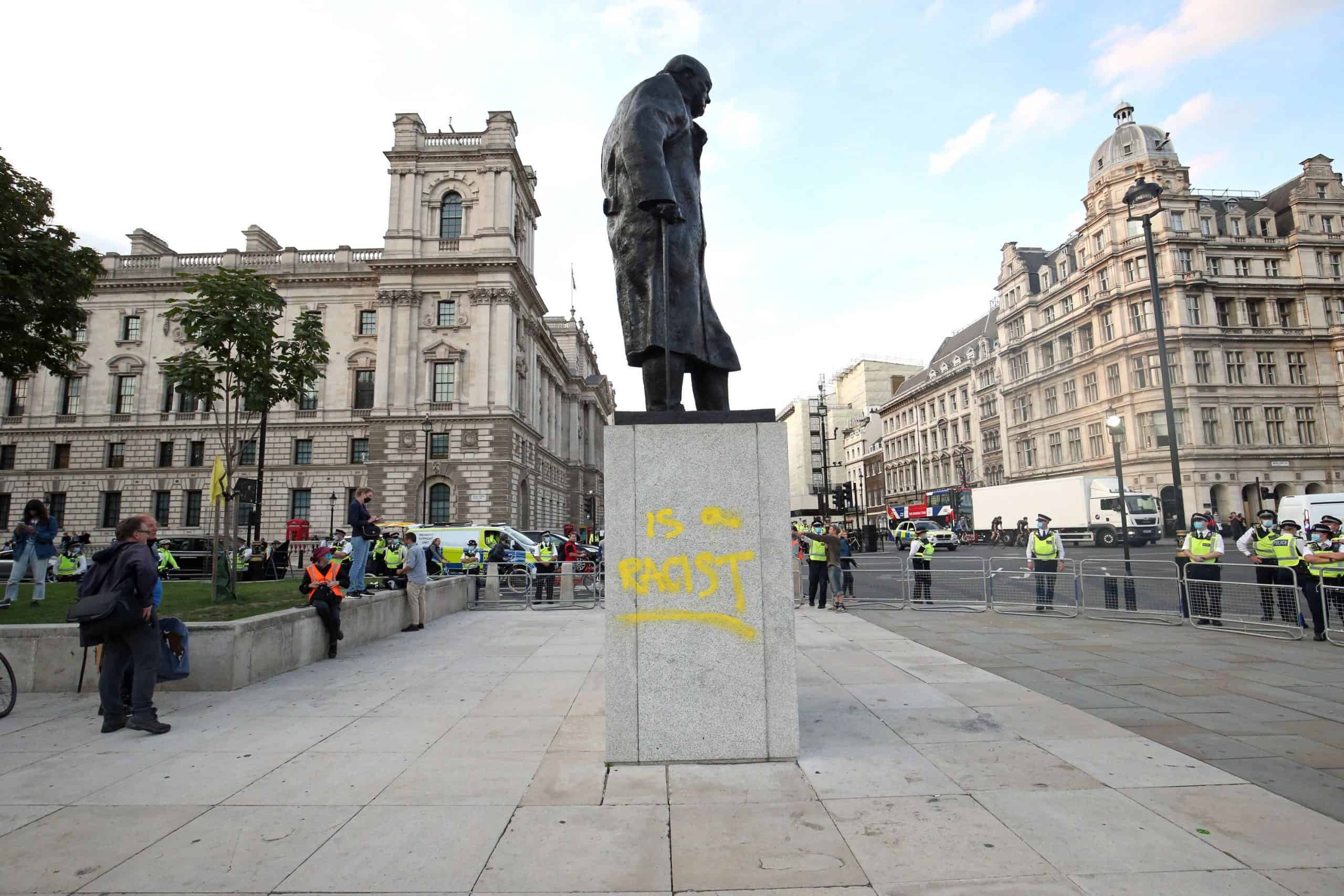 A man who fly kicked a police officer in the back during protests in Westminster has been spared jail.

Prosecutor Fer Chinner said he was among a group of “right-wing extremists” who took to the streets of London as “agitators”, claiming they were protecting statues.

The demonstrations, which saw police officers pelted with missiles and abused, took place following global Black Lives Matter (BLM) marches, that were sparked by the death of George Floyd in the US in May last year.

Shirtless Daniel Allan, 35, wearing a pair of luminous yellow shorts, kicked Sergeant Richard Lambert in the back, sending him to the ground.

Footage played in court shows Hubbard, dressed in a green tracksuit, landing a second kick as Sgt Lambert tried to get back to his feet.

Ms Chinner said: “In a gratuitous and cowardly act of violence, Mr Hubbard ran towards the officer and fly kicked him in his back before running away.”

Allan, from Sunderland, who had 51 previous convictions for a total of 111 offences, was jailed by Judge Sally Cahill QC for 28 months last year after pleading guilty to violent disorder.

But the same judge spared Hubbard, from Bermondsey, south east London, an immediate prison sentence after hearing he had developed a “serious health condition” and has been subject to a curfew for nearly a year.

“For those two reasons I am going to suspend the sentence,” she said.

“It is unusual for me to do so in the nature of this type of offending, an incident of violent disorder on a police officer, but because of your particular circumstances I shall do so.”

Metropolitan Police Federation chairman Ken Marsh said of the sentence: “It’s not enough and it should be more.”

“Any assault on a police officer should be dealt with in the most officious way, we believe, and we don’t think the sentencing is correct for assaulting a police officer in this way,” he said.

“It needs to be far higher to send a clear message to the public that you can’t behave towards the police in this way.”

In a victim impact statement read in court Sgt Lambert said he had never been subjected to such an assault in his 14 years as a police officer.

“I’m more anxious since the attack.

“I have had trouble sleeping with bad dreams which centre around the attack when I can sleep,” he said.