"Were they in Westfield to protest that the Laura Ashley hasn't opened yet? Because everything else is open." 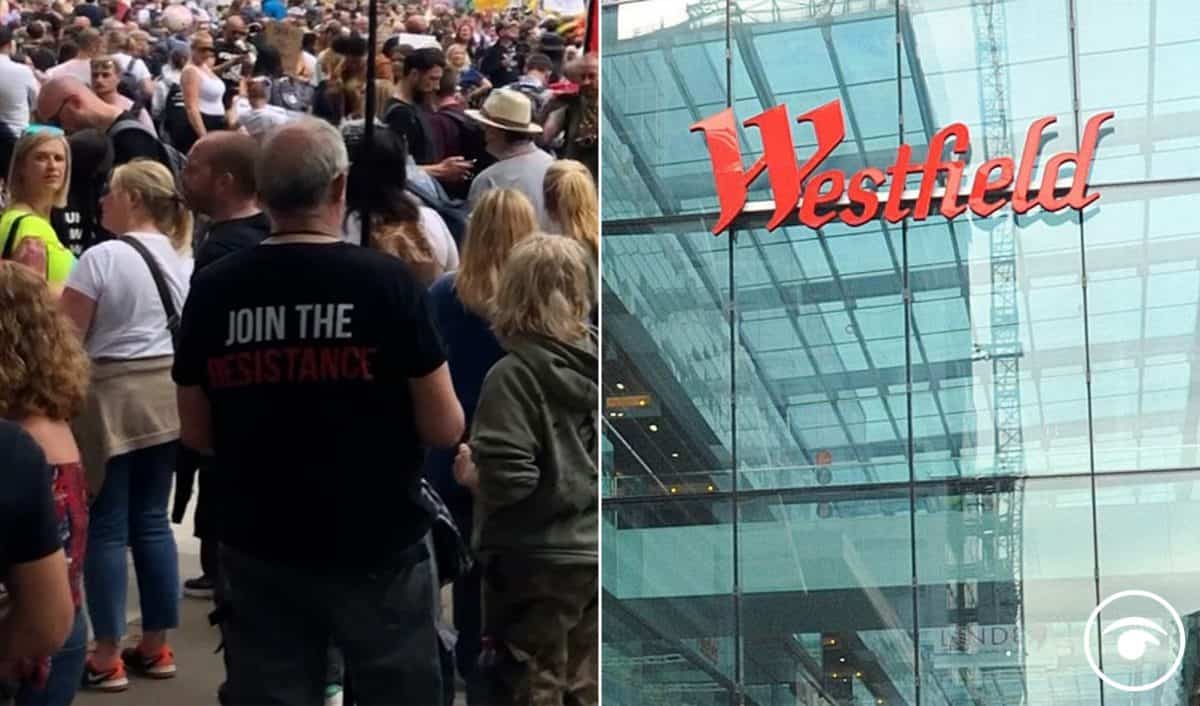 Hundreds of people have gathered in central London to protest against the coronavirus vaccine rollout on Saturday.

Many of the crowd in Parliament Square had travelled from outside the capital.

Some claimed the pandemic is a hoax while others carried placards reading “My body, my choice”, and protested against the idea of vaccine passports.

Several people set off smoke bombs and one launched a firework.

One man, who did not give his name, told the PA news agency he had come “because I want to be free and I want you to be free and the Government are lying to us”.

Another said she had attended because the press “are lying to us”.

By around 1.20pm, the crowd had started to disperse and head up Whitehall.

After the crowd dispersed from Parliament Square, it headed up Whitehall past Leicester Square and towards Hyde Park.

The Metropolitan Police Events Twitter account posted at around 4.30pm that certain roads around Shepherds Bush had been closed due to the ongoing demonstrations.

In the early evening, a group staged a demonstration in the Shepherds Bush site of the Westfield shopping centre.

At around 6.30pm, the Met said: “The 3rd demo is now at Westfield and is causing significant disruption to the local community and businesses, police are at the location.

“The MPS strongly urge those who are taking part in this demo to go home. Failure to do so may result in enforcement action being taken.”

The shopping centre had to shut after hundreds of marchers entered the building.