“Unless there is a miracle, opening up further in June is a huge risk. The rise in cases we are seeing now should cause a reassessment of the most recent relaxation.” 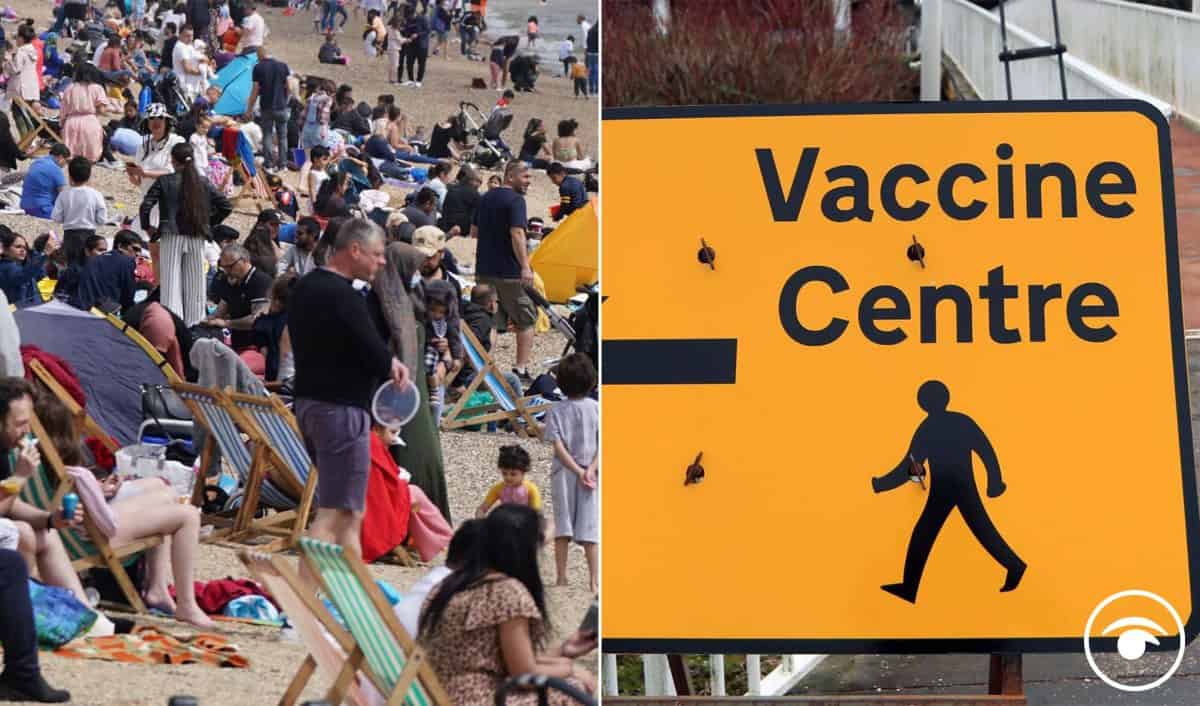 The vaccination programme is set for “another big week” as ministers weigh up whether – and to what extent – England’s coronavirus restrictions can be lifted on June 21.

The vaccines minister, Nadhim Zahawi, refused to deny that some restrictions such as mask wearing and working from home might remain in place to reduce the spread of the virus. Senior scientific advisers believe that, where possible, working from home makes sense beyond June because it would cut the number of people who come into contact with each other.

Speaking on the BBC’s Andrew Marr show, Zahawi refused to rule out that the planned unlocking could be altered. “We have to look at the data and we will share that with the country,” he said. “It would be completely wrong for me to now speculate. There are many people watching your programme, in jobs and businesses, who want to basically follow the exact direction the government is giving them whilst taking personal responsibility.

All over-50s are set to have had both doses by that date under a target set out by vaccines minister Nadhim Zahawi, although it takes time for the full protection to kick in.

The continued spread of the Indian coronavirus variant has cast doubt on the ability to scrap restrictions, with ministers considering plans to keep some measures – such as the continued use of face masks and guidance on working from home – in place.

But proposals for domestic vaccine passports are reported to have been shelved.

Good Morning Britian tweeted: “The vaccination programme is set for “another big week” as ministers weigh up whether England’s coronavirus restrictions can be lifted on June 21.

“Chair of Independent SAGE Sir Dave King says it is ‘concerning’ that hospitalisation rates are increasing.”

The vaccination programme is set for “another big week” as ministers weigh up whether England’s coronavirus restrictions can be lifted on June 21.

NHS Providers chief executive Chris Hopson warned that although hospitals were not expecting to be overwhelmed by a surge of Covid-19 cases, they were already stretched by going “full pelt” on dealing with the backlog of cases built up during the pandemic and urgent care needs.

Martin McKee, a professor of European public health at the London School of Hygiene and Tropical Medicine, said he believed the third wave had begun, reports The Guardian.

“We can already see that the current measures are not stopping cases rising rapidly in many parts of the country. This looks very much as if we are now early in a third wave,” he said. “Unless there is a miracle, opening up further in June is a huge risk. The rise in cases we are seeing now should cause a reassessment of the most recent relaxation.”

Related: France tightens restrictions on travel from UK due to Indian variant