"I was horrified to hear reports that some unscrupulous people have used links shared with them to try and falsely book a vaccination appointment." 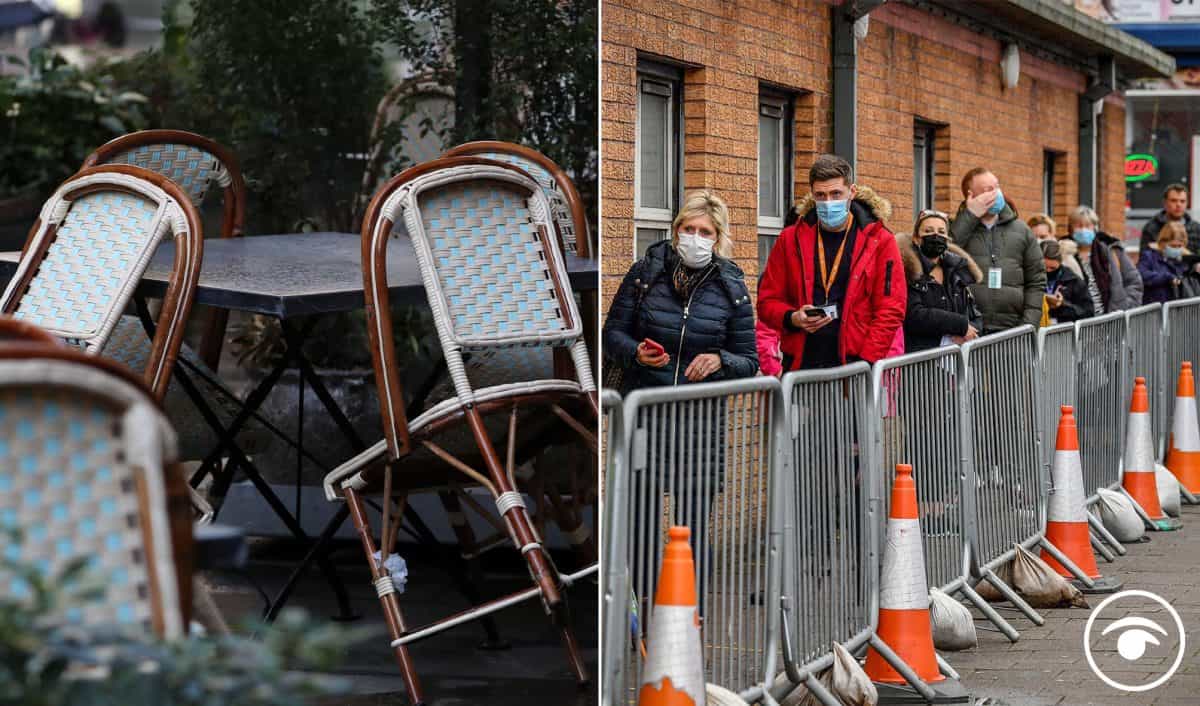 A leading doctor has branded those attempting to jump the queue to get a Covid jab as “morally reprehensible”. These comments come as pubs may be shut until May as the UK tries to deal with the Covid crisis.

Dr Vin Diwakar, NHS England regional medical director for London, said he was “horrified” to hear how “unscrupulous people” were looking to secure a vaccination against the deadly virus before their turn.

Home Secretary Priti Patel echoed the sentiment but declined to confirm whether the Government was considering introducing fines for those looking to skip the wait.

The comments come after reports emerged that links to the Swiftqueue system, which is used to book jabs for NHS staff, were being shared online.

Speaking at a Downing Street briefing on Thursday, Dr Diwakar said: “People are being called in priority order so that we can vaccinate those most at risk of serious illness first.

“That is why I was horrified to hear reports that some unscrupulous people have used links shared with them to try and falsely book a vaccination appointment.

“To seek to do this is denying some of the most vulnerable people in our community a life-saving vaccine.

“Let me be really clear about this: it is morally reprehensible to try and jump the queue and anyone who books to get the vaccine fraudulently will be turned away.”

Downing Street told reporters that people should not try to jump the queue using the Swiftqueue system.

The Prime Minister’s official spokesman said measures were in place to prevent people getting the vaccine as a result of making a “false online declaration”.

“Nobody should be seeking to queue-jump, we have set out why we are prioritising those we are, given the increased risk that those groups face,” the Number 10 spokesman said.

Bars and restaurants should stay shut until May, researchers have suggested as Boris Johnson acknowledged it was “too early to say” when lockdown measures could be eased.

As 1,290 further deaths were reported, experts modelling the pandemic suggested there could be a huge surge in cases if restrictions were lifted too early.

With the NHS vaccinating at a rate of 200 jabs a minute, the Prime Minister is under pressure to commit to lifting the lockdown in England as soon as the most vulnerable are protected.

But experts warned that early March – when the 15 million priority patients will have received protection from their first jab – would be too soon to lift curbs on freedoms.

And even by the end of April, when all over-50s are expected to have been vaccinated, they said it would be dangerous for a wholesale easing of restrictions.

The Prime Minister, asked whether the lockdown would continue until the summer, said it was “too early to say when we’ll be able to lift some of the restrictions”, pointing out that there were “unquestionably going to be a tough few weeks ahead”.

Downing Street also refused to commit to reopening England’s schools by Easter after Education Secretary Gavin Williamson said he would “certainly hope” that would be the case.

The Government’s caution in announcing a timetable to ease the lockdown has caused alarm among some Tory backbenchers.

Former chief whip Mark Harper, leader of the Covid Research Group of lockdown sceptics, said: “Once the top four risk groups have been vaccinated and fully protected by March 8 – assuming the Government hits the February 15 deadline – the Government must start easing the restrictions.

But Dr Marc Baguelin, from Imperial College London, who sits on the Scientific Pandemic Influenza Group on Modelling (SPI-M) which advises the Government, said the opening of the hospitality sector before May would lead to another “bump” in transmission.

Related: Papers – Daily Mail slams ‘bonkers’ plan to pay £500 to everyone who tests positive for Covid