There was also hostility to the proposal in some parts of the Government, with one source saying the plan “incentivises people to catch Covid”. 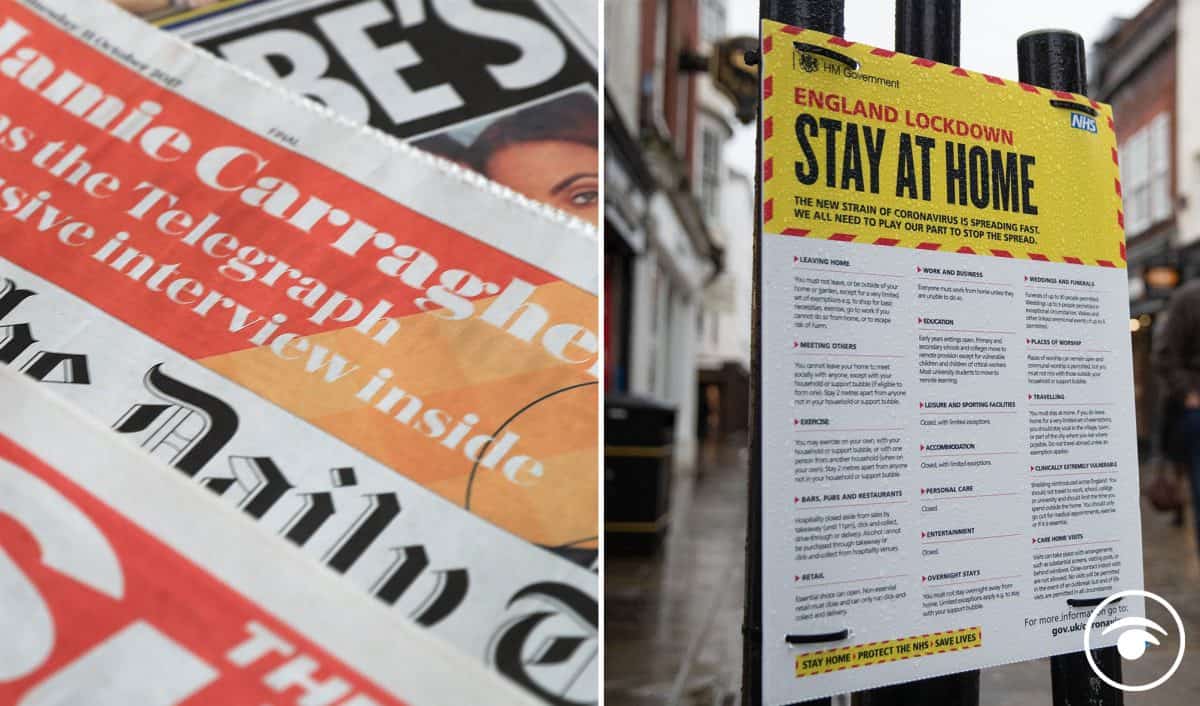 Ministers are considering paying £500 to everyone who tests positive for coronavirus to increase the number of people abiding by quarantine rules, a Cabinet member has confirmed.

The Daily Mail online headline read “£500 Covid handouts: Ministers eye ‘astonishing’ plan to give everyone who tests positive for virus a one-off payment to ‘encourage more swabs’… at cost of HALF A BILLION POUNDS A WEEK!”

So they are clearly not fans of the plan, and the Times led with a headline that also didn’t seem to back the plan.

James Felton angrily Tweeted: ‘Headlines like this can absolutely f*ck off’

He followed up with a further message: “It may not be perfect but it’s money so that people who can’t afford to self-isolate can self-isolate, and stop spreading around a disease. Stop making out like catching a deadly disease the government has let rip through the population is some sort of brilliant scam.”

Environment Secretary George Eustice stressed the need for people to comply with the isolation rules when contacted by NHS Test and Trace amid concerns of low compliance.

It is estimated the proposal of extending £500 payments to everyone who tests positive for Covid-19 in England, rather than just those who are on low incomes and are unable to work from home, would cost up to £453 million per week.

It is the “preferred position” of Matt Hancock’s Department of Health and Social Care, according to a leaked document seen by The Guardian.

Mr Eustice told Sky News: “We do need people, if they are asked to self-isolate because they have been contacted through our Test and Trace, we do need them to self-isolate.

“And, obviously, we always review the reasons why they might not.”

On the payment, Mr Eustice added: “No decisions have been made on this.

“But this is a dynamic, fast-moving situation with the pandemic.

“We are always keeping multiple policies under review.”

There was hostility to the proposal in some parts of the Government, with one source saying the plan “incentivises people to catch Covid”.

But there was support from experts, with Dr Mike Tildesley, from the Government’s Scientific Pandemic Influenza Group on Modelling (Spi-M), suggesting measures are needed to boost compliance.

“One of the key things actually that we need to think about is not necessarily just ramping up the rules if things don’t seem to be working but actually looking at making the rules better that we have in place, and one of the key problems actually is people isolating,” he told Times Radio.

“Some kind of support for people so they can see through their isolation is actually pretty important, so that we really do get on top of these numbers.”

The nation’s front pages are dominated by a reported proposal to give everyone in England who tests positive for Covid-19 £500 to boost quarantine compliance.

The Times reports the payment could be limited only to those who cannot work from home, however the Daily Mail says it would be available to all English residents “irrespective of age, employment status or ability to work from home”.

The Daily Telegraph says the plans would cost “almost £2 billion a month”.

The Guardian reports the plans are the “preferred position” of the Department of Health and Social Care, and were developed after Government polling indicated that only 17% of people with symptoms are coming forward for testing, 25% comply with rules to self-isolate for 10 days after testing positive and 15% continue to go to work as normal.

Elsewhere, the i leads with regional figures unveiling a “postcode lottery” when it comes to delivery of the coronavirus vaccine.

“Covid thugs” assaulting emergency workers are the most common crime of the pandemic, according to Metro.

The Independent leads with Prime Minister Boris Johnson refusing to comment on when lockdown restrictions will be eased.

The Financial Times reports the US has added its weight to an international effort to ensure global access to vaccines.

And the Daily Star takes a shot at Education Secretary Gavin Williamson.