More people in England were diagnosed with Covid-19 on Thursday, taking the UK total to 16 cases. 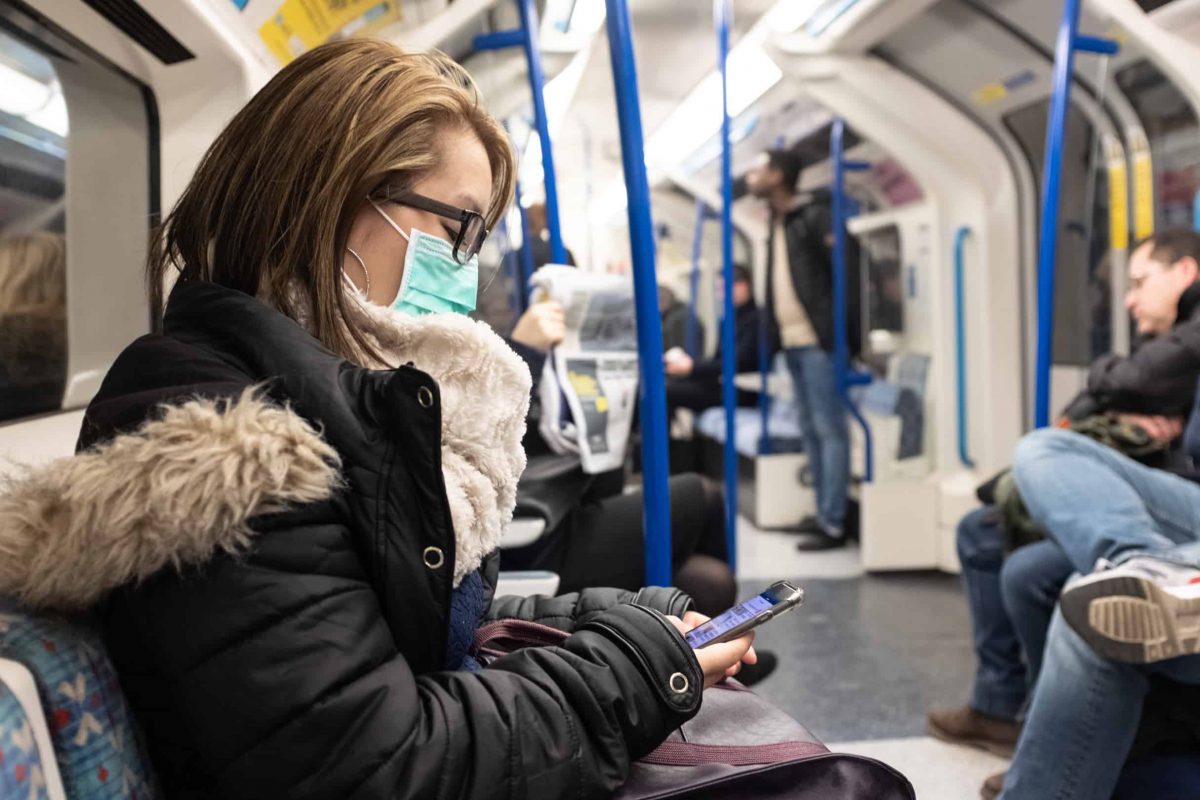 A woman wearing a facemask on the London Underground.

England’s chief medical officer has warned that schools could potentially close for two months or more in the UK if the spread of coronavirus intensifies.

Professor Chris Whitty warned that onward transmission between people who had not been to a coronavirus hotspot was “just a matter of time in my view”.

His comments came as two more people in England were diagnosed with Covid-19, taking the UK total to 16 cases.

But he said onward transmission was “just a matter of time in my view”, adding: “If it is something which is containable, the UK can contain it. If it is not containable, it will be non-containable everywhere and then it is coming our way.”

He said there could be a potential “social cost” if the virus intensifies which could include actions such as reducing mass gatherings and closing schools.

He said he was not saying that would happen, but that the effectiveness of such strategies would have to be weighed up against social cost.

“One of the things that’s really clear with this virus, much more so than flu, is that anything we do we’re going to have to do for quite a long period of time, probably more than two months,” he said.

“The implications of that are non-trivial, so we need to think that through carefully.

“This is something we face as really quite a serious problem for society potentially if this goes out of control.

“It may not, but if it does globally then we may have to face that.”

One of the new UK cases on Thursday – a parent at a Buxton primary school in Derbyshire – contracted the virus in Tenerife, where 168 Britons have been confined to a hotel on the south-west of the island.

The other person contracted the virus in Italy, which has become the worst affected country in Europe with more than 400 cases and 14 deaths.

One patient has been taken to the specialist infectious diseases centre at the Royal Liverpool Hospital and the other to the Royal Free Hospital in London.

Dr Fu-Meng Khaw, centre director for Public Health England (PHE) East Midlands, said the agency was contacting people who had close contact with the patient, and confirmed they were infected whilst in Tenerife.

He added: “Close contacts will be given health advice about symptoms and emergency contact details to use if they become unwell in the 14 days after contact with the confirmed cases.

“This tried and tested method will ensure we are able to minimise any risk to them and the wider public.

“We are aware that Burbage Primary School in Buxton has taken the decision to close today.

“My team have spoken to the school, assessed the risk and confirmed that there is currently no information to suggest that there is any increased health risk to any pupils or staff at the school and no public health reason to remain closed at the current time.”

Buxton Medical Practice in Derbyshire, a two-minute drive from the school, also urged patients not to attend for appointments on Thursday due to the confirmed case.

Meanwhile, sources told the PA news agency that around 50 of the 168 Britons confined to the H10 Costa Adeje Palace in Tenerife will be allowed to leave if they wish.

The group arrived on Monday, after the four guests who went on to be diagnosed with coronavirus had already left.

Overall, 130 guests from 11 countries have been told they can leave by Spanish authorities.

Britons have expressed frustration with quarantine measures at the hotel, with guests walking around the site without face masks and sharing meals at the buffet.

One guest told PA that an aqua-gym class was held in the hotel pool on Thursday, while another said they had witnessed a cocktail-making class.

TV doctor Hilary Jones has blasted isolation measures at the hotel and warned that guests may need to stay on well beyond an initial 14 days.

The Foreign Office has no current plans to repatriate Britons from the hotel but is keeping the situation under review.

Professor Yvonne Doyle, medical director at PHE, said it had sent a health protection specialist to Tenerife “to work with the Spanish authorities to better understand the public health measures that have been put in place in the hotel”.

So far in the UK, 7,690 people have been tested for the virus and of the 15 to have tested positive, eight have so far been discharged from hospital.

Globally, Denmark was among those countries confirming their first cases on Thursday, while Saudi Arabia has stopped Muslim pilgrims entering to worship at the holy cities of Mecca and Medina.

In Japan, all schools will close for several weeks, while US experts have reported the first case of unknown origin, which suggests the virus is spreading there.

In China, where the virus originated, 78,497 cases have been reported, including 2,744 deaths.

After Brazil confirmed Latin America’s first case on Wednesday, the virus has reached every continent except Antarctica.

World Health Organisation (WHO) director-general, Dr Tedros Ghebreyesus, told a press conference in Geneva on Thursday that coronavirus has the potential to become a global pandemic but that this stage had not been reached.

Public health advice remains to wash hands with soap, not rub the face and maintain a distance from people who are coughing and sneezing, he said.

Dr Michael Ryan, executive director of the WHO Health Emergencies Programme, said the idea that the virus is mostly being transmitted by people without symptoms is a “myth”.

He added: “Data from China does not suggest that asymptomatic people are becoming the driving force behind this.”