Spain’s fastest growing gin is distilled with a base of Albariño grapes. 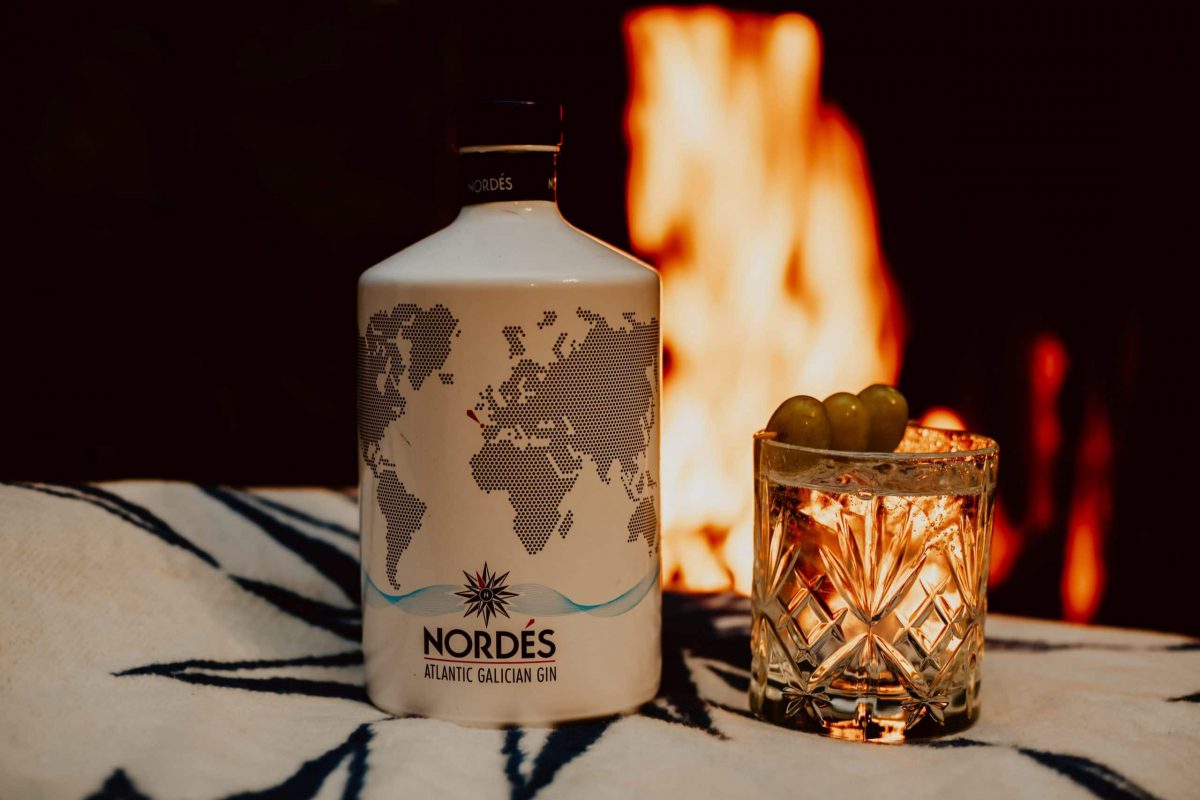 Named after a north-easterly wind, which signals the arrival of good weather in Galicia, Nordés was launched by entrepreneurs Juan Luis Méndez, José Ángel Albela, and  award-winning sommelier Xoan Cannas in 2012. Having integrated the portfolio of premium brands of Spanish company Osborne in 2015, Nordés quickly became the fastest growing premium spirit in Spain.

Believing Nordés Atlantic Galician gin’s flavour profile makes it the perfect accompaniment to a wide range of dishes, the team behind the brand hope to challenge habits of British gin lovers, suggesting the gin shouldn’t be restricted to aperitif. Instead, a number of sweet and savoury food pairings are suggested. A gin and tonic garnished with sage is suggested alongside smoked salmon dishes, spicy sausage, various Thai dishes, and summer fruit sorbet (amplified by a sprig of mint as garnish).

On food pairings, Brand spokesperson Maarten Van Dam said: “Unusually the soul of our gin comes from Albariño grapes, then we have layered flavours and essences which form the foundations of Galician cuisine and brought them together in Nordés, creating a uniquely flavoured Spanish gin. It’s highly aromatic and [its] fresh taste means it makes some amazing pairings with traditional Galician tapas and savoury dishes from around the world. But, perhaps more surprisingly, it’s also a great match with dessert too.”

Produced in a small distillery in San Pedro de Sarandon, close to Santiago de Compostela, Galicia’s capital in North-West Spain, the gin features a unique distillation process, distilled with Albariño grapes and 11 herbal botanicals. Bottled at 40 per cent ABV, the gin’s packaging is inspired by traditional Sargadelos ceramics, which have been produced in Galicia for centuries. These ceramics are distinctive because of the singularity of their designs and the use of white and blue colours.

On the nose, Nordés Atlantic Galician has initial herbal aromas of lemon verbena, mint and sage, joined by a whisper of juniper, cardamom, ginger and feint eucalyptus alongside some white flower notes. On the palate, white fruit dominates with some verbena, hibiscus and another flourish of juniper that joins a suggestion of peach, bay, and strawberry. A complex gin that’s especially suited to food: great on its own, or in a ‘Nordés a Costa G&T’, blending Nordés Atlantic Galician gin with tonic water, cardamom pods and sage leaves.

Nordés gin is available nationwide at Amazon and Master of Malts. RRP £35, 70cl. Further information can be found here.