The Swedish activist will be speaking at Bristol Youth Strike 4 Climate on College Green in the city. 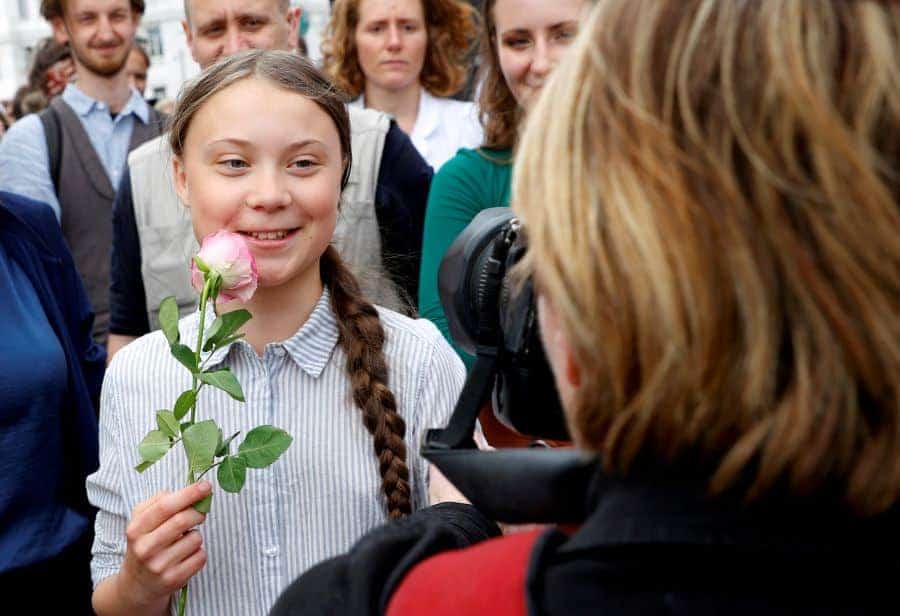 Thousands of people are expected to join Greta Thunberg at a climate strike march in Bristol.

Bristol Youth Strike 4 Climate will begin with speeches, including one by the 17-year-old, on College Green at 11am.

Greta is due to join protesters, including school pupils, on a march through Bristol city centre.

She tweeted: “Heading for the UK! This Friday, the 28th, I’m looking forward to joining the school strike in Bristol! We meet up at College Green 11am! See you there!”

The number of people attending the march is unknown, though 16,000 turned out in Bristol for a strike in September.

Avon and Somerset Police has warned of the potential for protesters to be hurt from “tripping, falling or being crushed by the crowds” given the anticipated popularity of the event.

In a response posted on Twitter, Bristol Youth Strike 4 Climate said they had “no time for being patronised”.

They have arranged for 60 metres of festival barriers, more than 80 stewards and a safe zone for young children.

Organisers said they were “honoured” to be welcoming Greta to Bristol for their 10th strike.

“After Thunberg founded the school strike movement, sitting in solitude outside of the Swedish parliament in 2018, millions of students across the world have been walking out of lessons monthly to protest government inaction on pressing climate matters,” they said.

“Thunberg is an internationally known activist, having spoken at the UN Climate Action Summit in 2019 and receiving two Nobel Peace Prize nominations.

“Thunberg will be making a speech for the strikers before joining the Samba band-accompanied march around the city centre.”

Other speakers include Mya-Rose Craig, 17, who recently became the youngest person to be awarded an honorary doctorate in the UK.

She received the honour, from Bristol University, for using her platform as a world-leading ornithologist to promote greater diversity in the wildlife and conservation sectors.

Speaking before the event, Ms Craig told the PA news agency: “I am enormously excited and honoured to be sharing a stage with Greta as well as demanding immediate and substantial action from governments around the world on climate and species extinction, as well as the need to interest young people of all ethnicities in the fight to save the planet.”

After the march, it is hoped Greta will head to the Southville area of Bristol to view a mural of herself.View this post on Instagram

The work, by local artist Jody Thomas, was previously used by Greta as her profile picture on Instagram and Facebook.

A number of road closures have been put in place around the city centre between 9am and 5pm to “minimise risk of harm”, police said.

“Bristol City Council and the Avon and Somerset Police are unable to accurately predict how large this event will be, however we have confirmation of people travelling from across the UK to attend,” they said.

They urged people to allow extra time for travel and consider whether their journey was necessary.