"So having listened to this #r4today interview with Novak Djokovic, my diagnosis is that the patient has an acute case of "entitlement"". 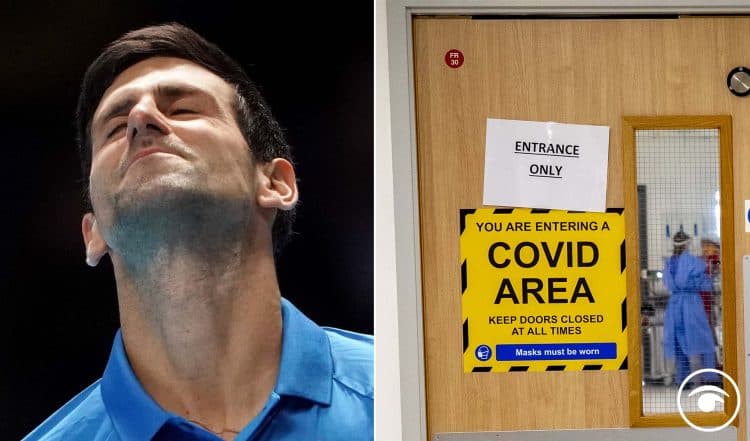 Tennis star Novak Djokovic has told the BBC he is not anti-vaxx in general but believed people had the right to choose whether they were jabbed or not.

Asked if he would miss the French Open and Wimbledon over his vaccine stance, he replied: “That is the price that I’m willing to pay.”

“The principles of decision-making on my body are more important than any title or anything else,” Djokovic said.

“I’m trying to be in tune with my body as much as I possibly can. I understand and support fully the freedom to choose … whether you want to get vaccinated or not, and I have not spoken about this before, and I have not disclosed my medical record and my vaccination status, because I had the right to keep that private and discreet.

“But as I see there is a lot of wrong conclusions and assumptions out there. It’s important to speak up about that and justify certain things.”

Djokovic’s comments about Covid-19 vaccination will “cause harm”, a medical ethicist has argued.

His views are “enormously influential” could “reinforce beliefs” among people who are not as fit and healthy as the tennis star, according to Professor Dominic Wilkinson.

The professor of medical ethics at the University of Oxford said that the response to the coronavirus pandemic should be collective and suggested that libertarian views on vaccination of “my body, my decision, my choice” present a “fundamental ethical problem”.

But Professor Julian Savulescu, Uehiro professor of practical ethics at the University of Oxford, said that the tennis ace had been “vilified”.

He tweeted after the interview: “I am grateful for the opportunity to answer questions from @amolrajan and set the record straight. Watch the full interview today at 8.30pm GMT on @BBC1 in the UK and BBC World.”

Then followed it up with another tweet writing “Thank you to my fans who supported me over the past few weeks. I appreciate your patience.”

However there were also people who backed him, and no surprise one was Gillian McKeith…