"Nigel Farage complaining about someone being turned away at a border. What a year already." 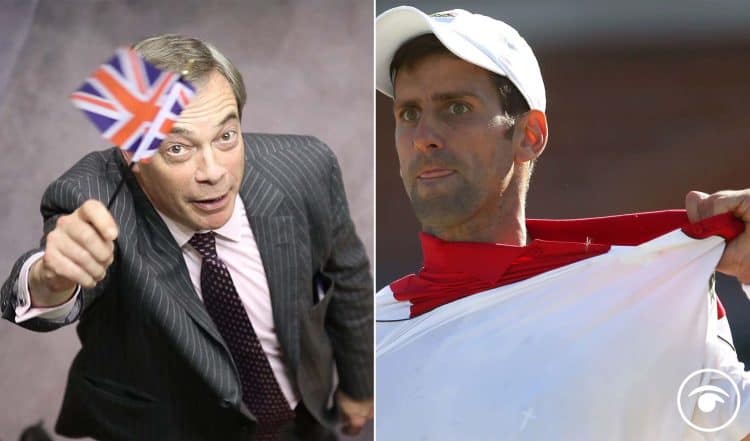 Nigel Farage has made a complete fool of himself, again, this time over Tennis star Novak Djokovic.

The Serbian announced on Tuesday that he had received a medical exemption from Covid-19 vaccination rules to defend his men’s singles title.

Tournament organisers, Tennis Australia, confirmed he had a legitimate vaccine exemption in order to compete and this was endorsed by the Victoria state government.

However, Australia’s prime minister Scott Morrison initially appeared to accept the exemption, but completed a U-turn on Wednesday, saying that if Djokovic failed to provide sufficient evidence in support of his medical exemption application he would not be allowed entry.

Rafael Nadal was short on sympathy for Djokovic.

He said: “I think if he wanted, he would be playing here in Australia without a problem. He made his own decisions, and everybody is free to take their own decisions, but then there are some consequences.

“Of course I don’t like the situation that is happening. In some way I feel sorry for him. But at the same time, he knew the conditions since a lot of months ago, so he makes his own decision.”

Farage wasn’t having any of that though.

He is one person who normally loves to close borders, and is a huge fan of Australia’s immigration points system, but not today.

He tweeted: “Is Australia now a banana republic?”

Well, this was just too easy for those who know Farage’s views on controlling immigration to take advantage of.