"This woman is so good you really don’t know she’s a parody. Love her to bits," said one amused viewer. 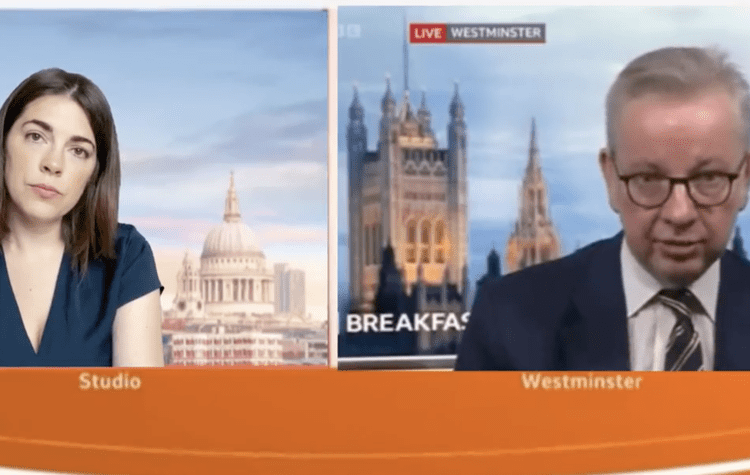 If we are honest with ourselves Micheal Gove’s interview with Dan Walker was that weird it didn’t really need to be satirised, but we are glad it was anyway, by the genius that is Rosie Holt.

During the very bizarre interview with the BBC, the cabinet minister used a Liverpudlian accent to suggest people “calm down” over the lack of extra financial support before the autumn budget.

Gove said: “It’s example of some commentators trying to take a statement that is commonsensical, turning it into – capital letters – a big news story, when the Treasury quite rightly say, ‘Calm down’.”

He also chucked in a few other accents. No idea what they are supposed to replicate.

Have a watch first and make up your own mind.

Well, how could you make this even more weird and funny than it already was?

Step forward Rosie Holt, who never misses a trick with these things.

Holt swapped herself in for presenter Dan Walker and her reaction to Gove’s nonsensical interview will surely strike a chord with you.

After people finally got over Gove’s calamity of an interview they commented on Holt’s take.