Youths were reported to have had machetes and knives, with three of the weapons seized by the force. 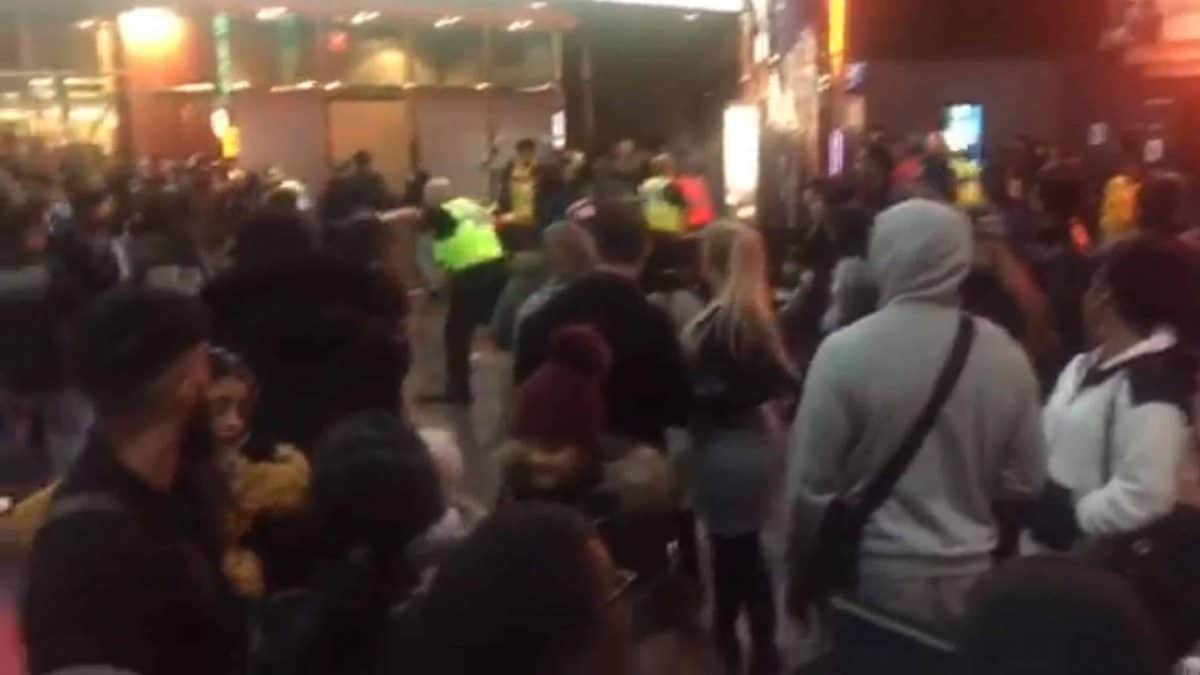 A senior police chief has said disorder at a cinema in which seven officers were injured “may be the worst thing” the responding police had seen.

West Midlands Police said they would be making further arrests on Sunday or Monday, after five teenagers, including a 13-year-old girl, were held after the disorder at Star City in Birmingham on Saturday evening.

Chief Superintendent Steve Graham said the force used by officers was “proportionate”, adding that the disorder took 90 minutes to break up because police were not “heavy-handed”.

Youths were reported to have had machetes and knives, with three of the weapons seized by the force.

A dispersal order was issued to the group of about 100 people, and Vue Cinema has said it has pulled the gang film Blue Story from all of its 91 outlets in the UK and Ireland.

Mr Graham said it was “concerning” that some of those involved were so young.

Addressing the safety of people in Birmingham, Mr Graham said: “Incidents of the scale of disorder we saw last night are rare, not just at Star City but also across the city and the broader West Midlands.

“So if anyone is feeling unsafe I can understand in the immediate wake of that why they might do.

#STARCITY | Five teenagers were arrested during major disorder involving up to 100 youths at Star City in Birmingham which left seven police officers injured.
Two machetes and a knife were seized during the trouble. Full story ⬇ https://t.co/0jpZ1iScQQ

“It is concerning, there’s no point pretending otherwise.”

A 13-year-old girl, a girl and a boy, both aged 14, and a 19-year-old man were held on suspicion of assaulting police.

A 14-year-old boy was arrested on suspicion of obstructing police.

Asked if he was concerned about the ages of those involved, Mr Graham said: “It is concerning, there’s no point pretending otherwise.

“That’s why we’ve got plans in place, starting from first thing on Monday morning, where we’ll be sending neighbourhood policing officers into schools around Birmingham to try and find out why.

“We know that Birmingham isn’t unusual in this. Let’s not pretend that knife crime or violence in the under 25s is rare or is just isolated around Birmingham.

“There are no short-term fixes to this, so we’re prepared and we’re in this for the long run and we’re going to work with schools and other partners to prevent youth violence becoming an increasing problem.”

Worst thing they have ever seen

Asked where the incident ranked compared with other reports of disorder, Mr Graham said: “It’s always hard to gauge these sorts of things – but what I will say is incidents like last night are rare.

“As for some officers who were there last night, it may be the worst thing they have ever seen.

“The way in which our officers responded last night meant that it was dealt with safely and moderately quickly.

“Ninety minutes might seem like a long time but the reason we did that was that we weren’t heavy-handed, we were proportionate, and we did need to make sure we distinguished between the ordinary members of the public who were there to enjoy themselves and some of those there who were intent on disorder.

Speaking about the reported use of tasers by officers, Mr Graham said: “When people say tasers were used, it’s really important to distinguish what actually happened.

“A number of officers attended and, as I’m sure people know, tasers are now routinely carried by officers on the streets of the West Midlands.

“So while some officers might pull the tasers out of their carrying holsters, it’s really important to point out that the tasers were not discharged and nobody was actually tasered last night.

“It’s really important our officers feel comfortable by using reasonable force to protect all of those hundreds of decent people who were out there last night trying to get a meal or going to see a film at the cinema.

“So I’m happy that the force we used last night was proportionate to keep people safe.”

Mr Graham said despite the injuries to officers being relatively minor, any assaults on police are “quite simply unacceptable”.

Asked what his message was to any young people thinking of disorder, Mr Graham said: “It’s really, really simple. Don’t.

“Help us all to make Birmingham a safer city.”

Mr Graham asked any people who saw or filmed the incident at Star City or knew any of those involved in the disorder to come forward.