"How did you make sure that the children got fed so quickly?" 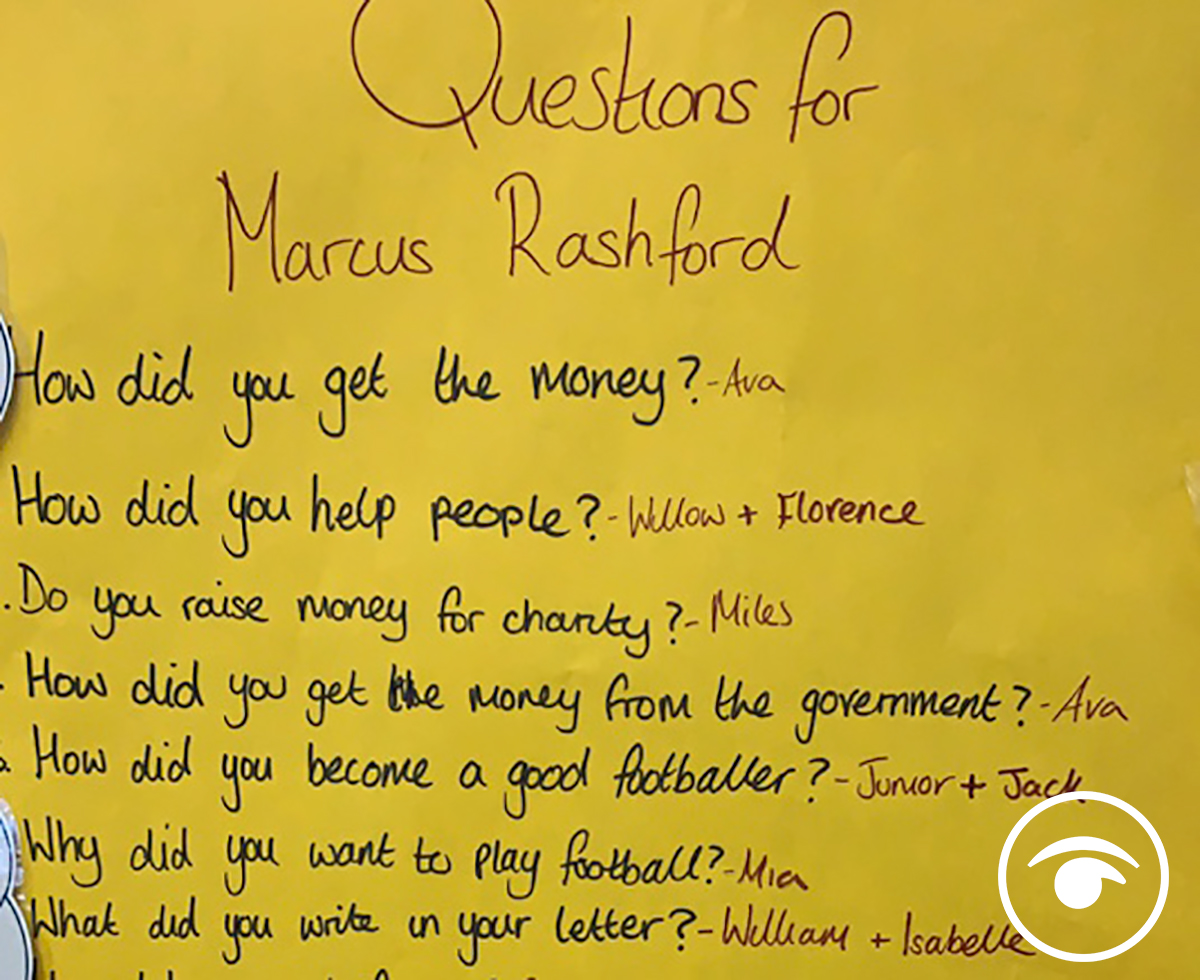 The Manchester United star sent out a stoic response last night after MPs voted down a motion to extend free school meals over the holidays.

Posting on Twitter he said: “Put aside all the noise, the digs, the party politics and let’s focus on the reality.

“A significant number of children are going to bed tonight not only hungry but feeling like they do not matter because of comments that have been made today. We must stop stigmatising, judging and pointing fingers. Our views are being clouded by political affiliation. This is not politics, this is humanity.”

The vote has been met by widespread despair on social media, but Rashford has pledged not to give up the fight.

Last night he tweeted out questions from Bredbury Green children who, when learning about humanity, focused on his inspirational campaign.

Here’s what they wanted to know:

Ah this is really lovely. Do you want to send me the questions and I’ll get them answered for you? Also, you need a new shirt. Leave that with me ♥️ https://t.co/H8uKdRNmpX