By Joe Mellor, Deputy Editor George Osborne’s brother has been struck off after a two-year relationship with one of his own patients. Dr Adam Osborne had been treating her for anxiety and depression but became embroiled into a sexual relationship. The medical tribunal declared that his behaviour was ‘profoundly unacceptable” and that his fitness to practice […] 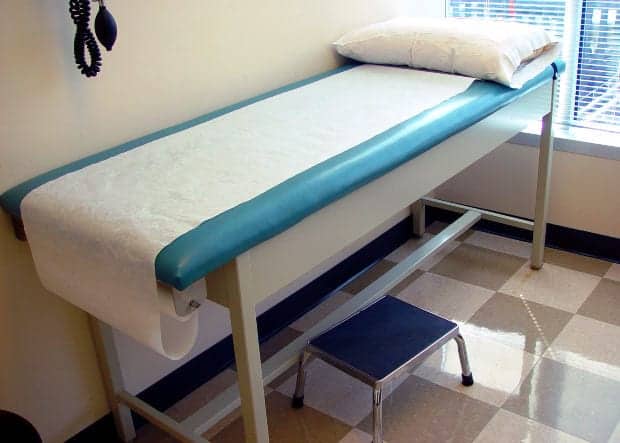 George Osborne’s brother has been struck off after a two-year relationship with one of his own patients. Dr Adam Osborne had been treating her for anxiety and depression but became embroiled into a sexual relationship.

The medical tribunal declared that his behaviour was ‘profoundly unacceptable” and that his fitness to practice was impaired by reason of misconduct.

During the hearing it was revealed that Osborne attempted to end the relationship; then the woman involved attempted suicide only days later.

Callaghan said his behaviour was “fundamentally incompatible” with the medical profession and there was a risk that he would reoffend.

Osborne’s patient has been under his care at a practice in London between 2011 and 2014.

The woman in question complained to General Medical Council (GMC), which led to Osborne begging her to retract it. He sent emails of a threatening nature saying it would “destroy” his family, adding: “I will make sure you pay.”

The Chancellor’s brother was not present at the hearing, but he admitted an “inappropriate emotional and sexual relationship.”

A statement on behalf of Osborne told the hearing he had been attending therapy sessions, undergone “boundary training” and been to Calais to assist the refugees living in the camps there.

His statement said: “I want to start by saying that it was never my intention to hurt anyone, although I can now clearly see that my irresponsible behaviour has caused a great deal of distress and harm to people that I genuinely care about, in particular my family and Patient A.

“These are to protect the clinician and patient and should always be respected no matter which emotions, justifications or rationalisations might seem tempting or overriding at the time.”

Osborne qualified as a doctor in 2003, is five years younger than his brother the chancellor and one of four sons born to Sir Peter Osborne, who co-founded the wallpaper company Osborne & Little.

It is not the first time Osborne he has been in trouble in his profession. In 2010, the he was suspended for six months by the General Medical Council after he falsified a prescription for a cocaine-addicted escort girl.

Osborne has 28 days to appeal the ruling by the medical practitioners tribunal service.