Yesterday The UK suffered its highest ever daily rise in coronavirus cases with 35,928 new infections. 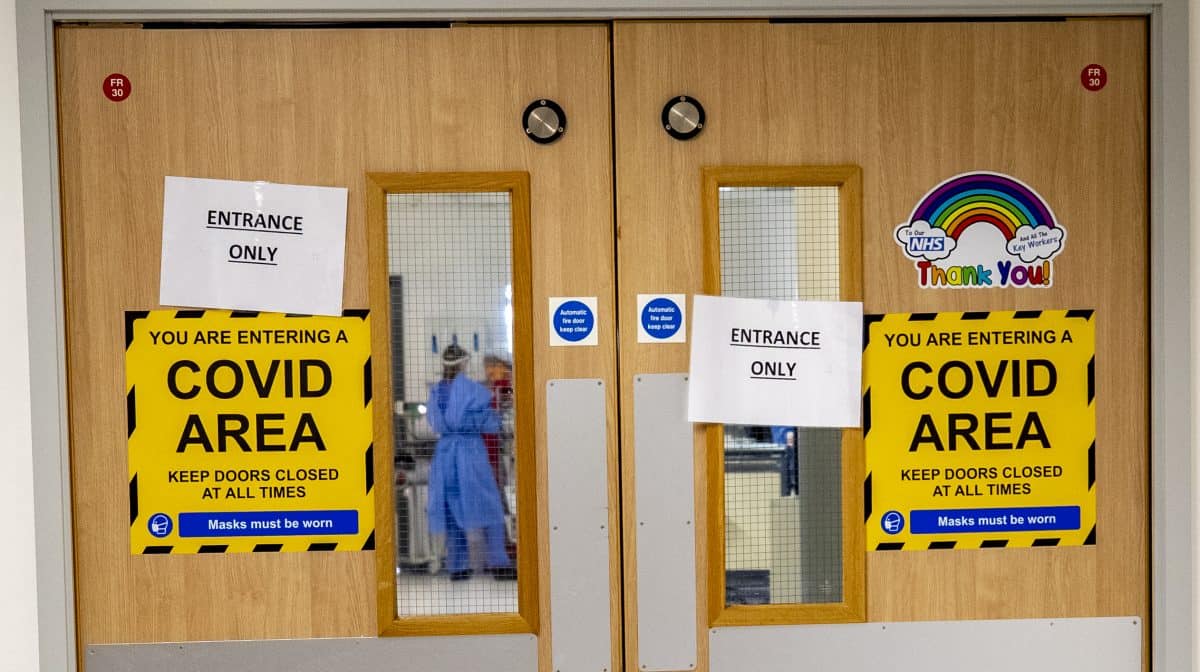 A third of major hospital trusts in England currently have more Covid-19 patients than at the peak of the first wave of the virus, new analysis shows.

It comes as the UK suffered its highest ever daily increase in coronavirus cases, with 35,928 new infections recorded yesterday.

A further 326 deaths were also announced on Sunday – more than double the 144 declared last Sunday.

Today another 33,364 cases of the disease were recorded. Department of Health statistics show daily infections have risen 64.7 per cent in a week, with today’s figure up from the 20,263 posted last Monday, with 215 deaths.

In two regions – eastern England and south-west England – more than half of trusts are above their first-wave peak.

Other trusts have seen their numbers rise so rapidly that they could pass their first-wave peak within days.

The analysis by the PA news agency found that of the 127 acute hospital trusts with a 24-hour (type 1) A&E department in England, 42 (33%) had more Covid-19 patients on December 18 than at the peak of the first wave in the spring.

– Mid & South Essex, which recorded 450 confirmed Covid-19 patients on December 18 compared with a first-wave peak of 374.

– East Suffolk & North Essex, which had 185 patients compared with a first-wave peak of 143.

– Barking, Havering & Redbridge, where there were 300 patients on December 18 versus a first-wave peak of 245. This is currently the only trust in London to have passed the peak.

– Gloucestershire, which had 171 patients compared with a first-wave peak of 149.

In other areas of England, such as the North West, some trusts saw numbers hit a record high in the autumn before dropping more recently.

An example is Liverpool University Hospitals Trust, which saw a peak of 475 patients on October 30 but where the number now stands at 136.

But even in this region a handful of acute trusts are currently experiencing a new peak in Covid-19 patients, such as University Hospitals of Morecambe Bay.

Acute trusts manage all the major hospitals in England with A&E departments, inpatient and outpatient surgery, and specialist medical care.

The total number of Covid-19 patients in all hospitals in England – including mental health and community trusts – currently stands at 16,183.

Four of the seven NHS regions in England have seen their total number of Covid-19 hospital patients hit a peak in recent weeks.

On November 16, new records were set in north-west England and also north-east England/Yorkshire, though both of these regions have since seen a slight fall in total patients.

In the South East and eastern England, new peaks were reached in the past few days.

In the Midlands, the number of patients has remained just above 3,000 for the past few weeks, near its first-wave peak of 3,430.

And in south-west England the current number is 1,051, slightly under the first-wave peak of 1,080.

Only in London is the level of Covid-19 patients well below that seen during the first wave of the virus – though here numbers have started to rise sharply.

The first-wave peak in London was 5,201 patients on April 9.