“For too long, UK-Iranian dual nationals like Nazanin and Anoosheh have been trapped in Iranian jail cells, unsure whether the UK was genuinely doing all it could to secure their freedom.” 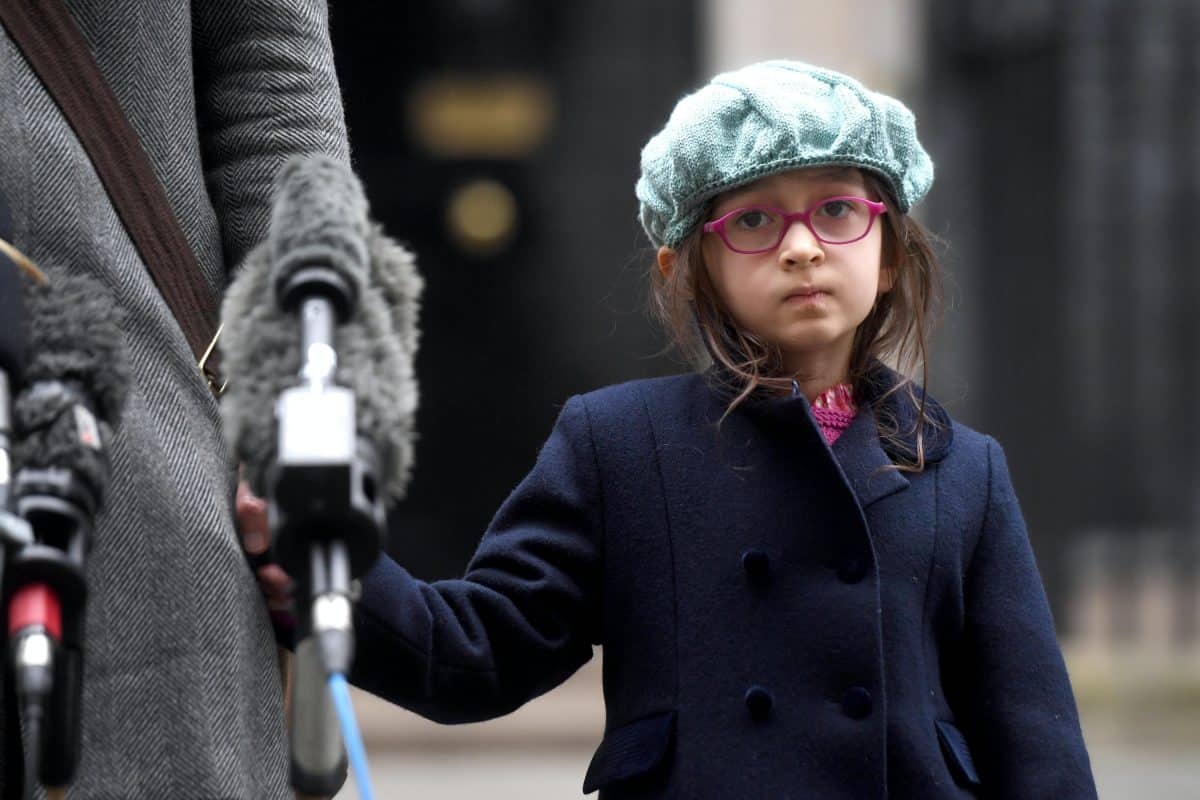 Nazanin Zaghari-Ratcliffe’s daughter has said she wants “mummy home for Christmas” to give her a “cuddle” as the family prepare for their fifth Christmas apart.

The 41-year-old British-Iranian dual national has been detained in Iran since 2016, when she was sentenced to five years in prison over allegations, which she denies, of plotting to overthrow the Iranian government.

Her six-year-old daughter, Gabriella, has written a card to the Prime Minister asking him to bring home her mother, who turns 42 on Boxing Day.

Writing in a Christmas card, decorated with a Santa hat, Gabriella writes: “Dear Boris Johnson, please can you bring my mummy home for Christmas.

She has been good

“She has been good.

Christmas this year is a “bigger deal” for the youngster – who was only 22 months old when her mother was detained – her father said.

Richard Ratcliffe told the PA news agency: “Christmas is quite a landmark and it’s quite a family landmark – there’s all these family expectations and family films and lots of talking in school. Part of the disorientation we’re all facing now is whatever we were planning a week ago we may not be doing.

“For her, Christmas is definitely a bigger deal this year than it was last year. She’d just come back and the disorientation of being back in the UK was the main part of what she was going through.”

Mr Ratcliffe said that, over the weekend, he and Gabriella took part in their annual tradition of decorating a tree for Nazanin at home.

“She knows when we were decorating the tree that was for mummy,” he said.

He added: “Whenever you do something like that it does give you a lift – part of all this is me not wanting Nazanin to feel forgotten, and actually not wanting the world to forget.”

The film ends with the pair looking in shop windows in London’s Regent Street adorned with Christmas decorations.

Mr Ratcliffe said his daughter’s experience of meeting somebody who has been through something similar “was very good for her to open up a bit”.

Mrs Zaghari-Ratcliffe, who has been out of prison on furlough since March due to the coronavirus crisis, is now back under house arrest at her parents’ home in Tehran, with no date for the next court hearing.

She was arrested at Tehran’s Imam Khomeini airport while travelling to show her young daughter to her parents in April 2016.

Kate Allen, director at Amnesty International UK, said: “This is the story of two ordinary families caught up in an almost unimaginable situation – both victims of Iran’s notoriously unjust national security charges.

“For too long, UK-Iranian dual nationals like Nazanin and Anoosheh have been trapped in Iranian jail cells, unsure whether the UK was genuinely doing all it could to secure their freedom.”

She added: “Like Gabriella says, Boris Johnson needs to do everything he can to get Nazanin and Anoosheh home for Christmas.”