One person said he looks like he's on a "fag run on the ferry to Hollyhead" after the former PM was snapped at the races. 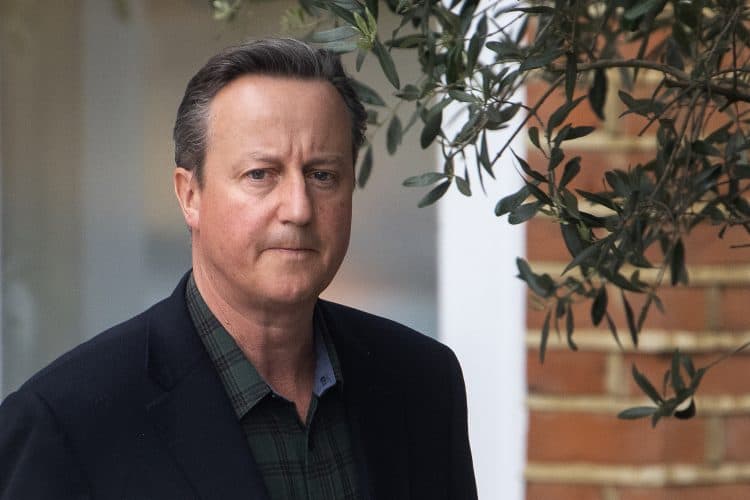 David Cameron (remember him?) wore a tartan top and battered baseball cap as he mixed with punters at a small race meeting over the weekend.

The former prime minister was enjoying a day out at Cocklebarrow races in Gloucestershire.

He has tried to keep his head down since the vote to leave the European Union.

However, his dealings with the now-collapsed Greensill Capital has thrust him back into the spotlight after he repeatedly text the chancellor, Rishi Sunak, asking him to grant the financial services company access to the Bank of England’s Covid corporate financing facility (CCFF).

And his attire hasn’t done him any favours either.

At the Heythrop point-to-point fixture, Cameron, who was PM from 2010 to 2016, wore a blue and green plaid Sherpa jacket, jeans, walking boots and a cap for the outing, on a cold day.

Well, that was never going to pass without comment online.

These are some of the best reactions and memes.

Related: Johnson wrote letter to 7-year-old telling her she was right not to have a birthday party