"Josephine sets a great example to us all by postponing her birthday party until we have sent coronavirus packing," the PM tweeted at the time. 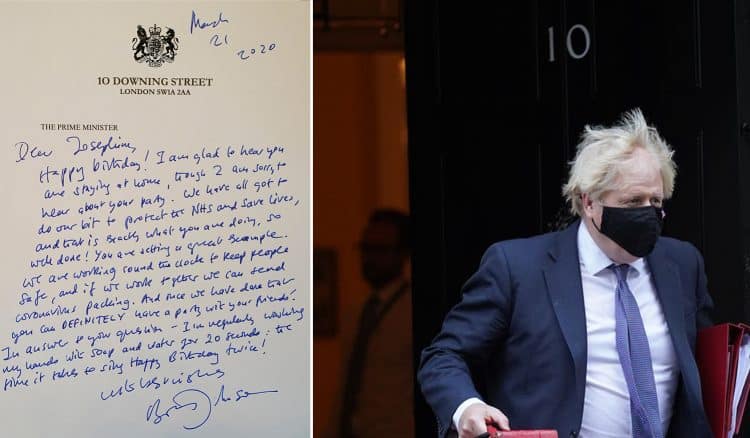 Downing Street has admitted Boris Johnson had a birthday celebration inside No 10 during the first lockdown.

Official sources conceded staff “gathered briefly” in the Cabinet Room following a meeting after it was alleged 30 people attended and shared cake despite social mixing indoors being banned.

ITV News reported the prime minister’s wife, Carrie Johnson, had organised the surprise get-together complete with a chorus of “happy birthday” on the afternoon of June 19 2020.

Interior designer Lulu Lytle admitted attending but insisted she was only present “briefly” while waiting to talk to Mr Johnson about the lavish refurbishments she was carrying out to the couple’s flat above No 11.

Rishi Sunak is alleged to have also been there as picnic food from M&S was eaten and the prime minister was presented with a cake.

It has since been revealed that Johnson wrote a letter to a 7-year-old in March 2020 telling her she was right not to have a birthday party.

The PM tweeted: “Josephine sets a great example to us all by postponing her birthday party until we have sent coronavirus packing.

“Together we can beat this.”