"The PM clearly didn't organise to be given a cake," the transport secretary reasoned. 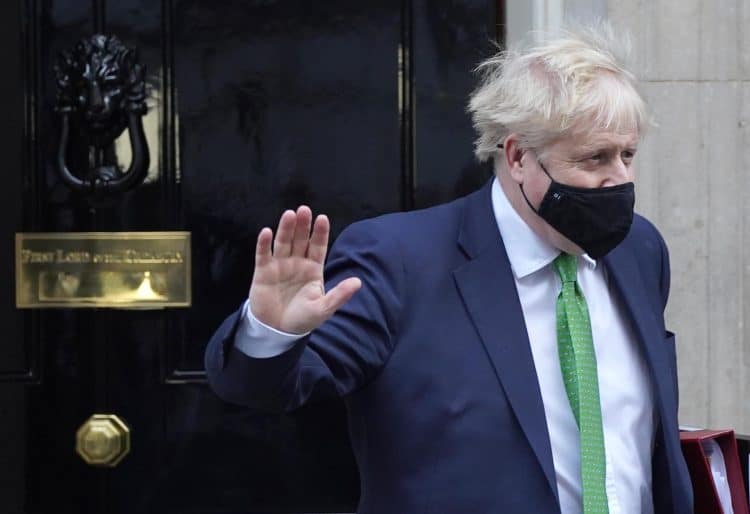 Boris Johnson’s surprise birthday bash was not a party, Grant Shapps has claimed, denying the prime minister had arranged the event.

“The prime minister clearly didn’t organise to be given a cake,” the transport secretary told Sky News, following the latest revelations about lockdown-busting Downing Street parties.

“Some people came forward and thought it would be appropriate for on his birthday.”

Nonetheless Shapps suggested it was “unwise” for staff to have given the prime minister a cake, admitting to BBC Radio 4 Today that he shares “the sense of unease” about the scandal.

He said: “I think it’s clearly unwise to do those things…. This is in a workplace with a bunch of people who were working together all of the time, who decide to give the prime minister a birthday cake on his birthday. Unwise, I’m sure, given the circumstances as we know them.”

Shapps said the event on 19 June 2020 would be considered by civil servant Sue Gray, adding that she was “already aware of this particular incident, so she will be using that in her report and we’ll wait to see what she says”.

And he said that the gathering, which was attended by the prime minister’s wife Carrie and interior designed Lulu Little, was with staff Johnson “working with all day long, and will have been many a time in the same room with them working on the response to coronavirus … They come in, give him a cake, I understand I think it lasted for 10 minutes and that was it.”

But Gordon Brown said Johnson’s lockdown breaches were a “moral issue”, which resonated with people because they had not been able to bid goodbye to people they love.

“I could not go to the funeral of a very close relative last year at the same time,” he told Good Morning Britain. “I couldn’t visit a dying friend in hospital, and there are thousands and thousands of families who were in that position.

It comes as Scotland Yard launched an investigation into a “number of events” in Downing Street and Whitehall in relation to potential beaches of coronavirus laws.

Metropolitan Police Commissioner Dame Cressida Dick said on Tuesday that officers were now investigating after being passed information from the Sue Gray inquiry.

Dame Cressida told the London Assembly’s Police and Crime Committee: “We have a long-established and effective working relationship with the Cabinet Office, who have an investigative capability.

“As you well know they have been carrying out an investigation over the last few weeks.

“What I can tell you this morning is that as a result of the information provided by the Cabinet Office inquiry team and, secondly, my officers’ own assessment, I can confirm that the Met is now investigating a number of events that took place at Downing Street and Whitehall in the last two years in relation to potential breaches of Covid-19 regulations.”

Dame Cressida declined to say which alleged parties are being investigated, nor would she put a timeline on when officers could detail their findings.

“The fact that we are now investigating does not, of course, mean that fixed penalty notices will necessarily be issued in every instance and to every person involved,” she said.

“We will not be giving a running commentary on our current investigations.”

But there will be updates at “significant points”, she added.

Dame Cressida said “several other events” that appeared to have taken place in Downing Street and Whitehall had also been assessed, but they were not thought to have reached the threshold for criminal investigation.