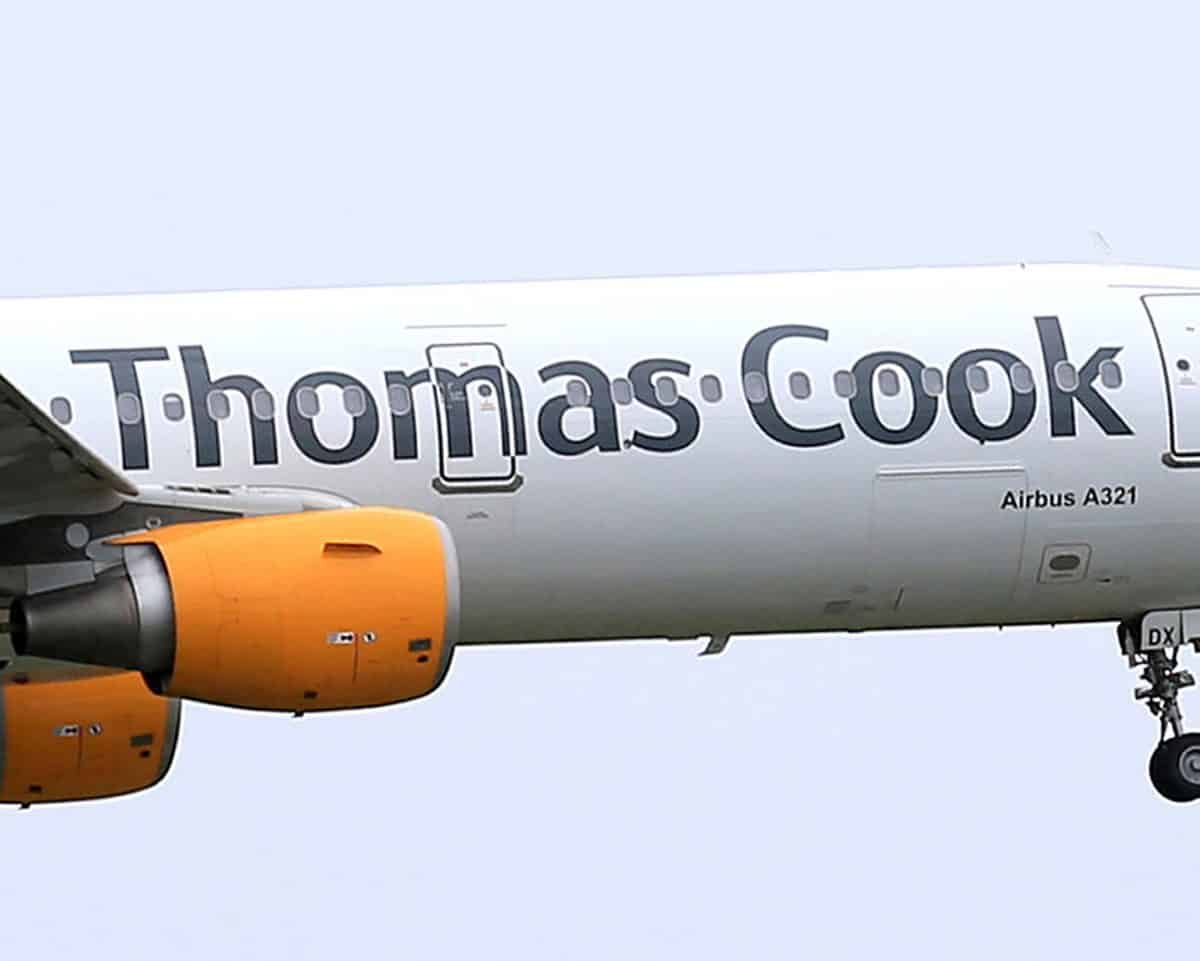 File photo dated 19/05/16 of a Thomas Cook logo on an aeroplane. Troubled travel company Thomas Cook has agreed the key terms to a rescue deal with Chinese firm Fosun, lenders and bondholders to secure the company's future.

The Government is being urged to step in to help save Britain’s oldest tour operator Thomas Cook from going out of business.

The Transport Salaried Staffs Association, which represents workers at the company, said the Government should be ready to assist with “real financial support”.

He said in a letter: “It is incumbent upon the Government to act if required and save this iconic cornerstone of the British high street and the thousands of jobs that go with it.

“Thomas Cook can be a highly successful business and must be given every opportunity to flourish. I urge you to stand ready to assist Thomas Cook with real financial support.

“The company must be rescued no matter what. No British government in its right mind would countenance the loss of so many jobs and the prospect of just one major travel operator – TUI – controlling the mass market.”

“The Government faces a simple choice between a £200 million  Government cash injection to save the company now versus a £600 million bill to repatriate UK holidaymakers.”

Shadow business secretary Rebecca Long Bailey said: “This is yet more evidence of this Government’s indifference to British jobs and businesses going under.

“All viable options must be explored by Thomas Cook and the Government must consider stepping in and taking an equity stake to avoid this crisis.

“Refusing to do so is ideological shortsightedness: the Government faces a simple choice between a £200 million  Government cash injection to save the company now versus a £600 million bill to repatriate UK holidaymakers.”

It is understood that Thomas Cook has approached the Government in an attempt to plug a gap in its funding.

The 178-year old travel company could fall into administration within days unless it finds £200 million in extra funds.

A collapse would leave over 150,000 UK holidaymakers stranded.

But Government ministers show no sign of stepping in to avoid the company which has run out of private sector options. The Government is disputing the cost to the taxpayer of flying stranded tourists home, saying some of them will be covered by travel insurance.

Thomas Cook, which employs 22,000 staff including about 9,000 in the UK, is failing to secure the terms of a complex refinancing agreement to stop Britain’s oldest travel agent from going under.

The 178-year-old travel agent with thousands of staff in 16 countries was attempting an urgent £900 milion restructure.

The firm, founded in 1841, has been trying a last-ditch fire-sale in a bid to stave off collapse and avert the biggest-ever peacetime repatriation of British citizens.

The travel giant which has blamed over £1.6 billion debt, as well external difficulties such as Brexit and instability in Turkey could go into administration as early as this weekend.

If that happened over 150,000 tourists could be left stranded abroad.

The taxpayer would be left with a huge £600 million to bring home stranded customers, industry experts estimate.  That would be ten times the cost when Monarch went under.

Which has led to calls to help save the travel giant with the lesser – but no less eye-watering sum of £200 million for the rescue package to go ahead.

The 178-year-old firm could go bust by Sunday, company insiders have allegedly told the Daily Mail.

The paper also said that government officials have drawn up plans for what would be “Britain’s biggest peacetime repatriation”.

Known as Operation Matterhorn, it has been put together by the Department for Transport and the Civil Aviation Authority, the paper said.

A Department for Transport spokeswoman said: “We do not speculate on the financial situation of individual businesses.”