The newspaper reported that the event was listed in digital calendars as “Christmas party!” and was organised by a private secretary in Mr Case’s team. 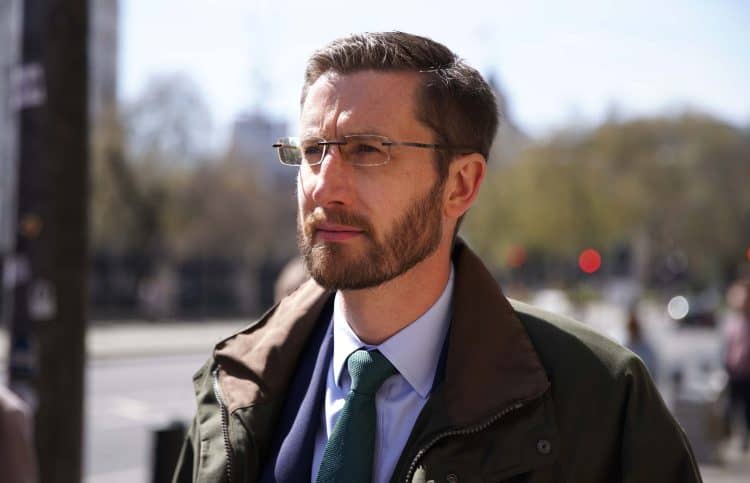 Cabinet Secretary Simon Case has “recused himself” from leading an investigation into lockdown-breaking parties across Whitehall, following allegations of gatherings in his own department.

Mr Case had been tasked by the Prime Minister to investigate parties reported to have been held in Downing Street and the Department for Education in November and December 2020.

And it was confirmed the scope could be widened to other alleged parties if Mr Case thought it necessary.

But following reports there were two parties held in the Cabinet Office in December 2020, a No 10 spokesperson said: “To ensure the ongoing investigation retains public confidence the Cabinet Secretary has recused himself for the remainder of the process.”

“The work will be concluded by Sue Gray, second permanent secretary at the Department for Levelling Up, Housing and Communities.

“She will ascertain the facts and present her findings to the Prime Minister.”

Ms Gray was director-general of propriety and ethics in the Cabinet Office from 2012 to 2018, and is seen as a Whitehall heavy hitter who would not pull any punches in an inquiry.

She oversaw the Plebgate inquiry in 2012 after former chief whip Andrew Mitchell was accused of calling a policeman a “pleb” at the Downing Street gates, and was once described as “deputy God” by then Labour MP Paul Flynn in a meeting of Parliament’s Public Administration Committee the same year.

Former Tory MP and Cabinet office minister Oliver Letwin is reported to have said of Ms Gray: “It took me precisely two years before I realised who it is that runs Britain. Our great United Kingdom is actually entirely run by a lady called Sue Gray, the head of ethics or something in the Cabinet Office. Unless she agrees, things just don’t happen.”

She was once described by BBC Newsnight’s then policy editor as “the most powerful person you’ve never heard of”.

Ms Rayner said: “I do believe that the investigation that Sue Gray is going to be leading up, there’s the evidence there, they need to carry that investigation out very swiftly to restore the public trust and then hand over that evidence to the police because nobody’s above the law.”

Ms Rayner said she was “incredibly disappointed” in Mr Case.

She said: “I wrote to him and obviously had asked for this investigation and the fact that he didn’t come right away and say ‘actually, I can’t do that investigation because of the implications of my actions’ I find disappointing.

“I hope Sue Gray has took note of that and that actually Sue has followed the rules.”

Ms Gray’s appointment comes after the Guido Fawkes website reported on Friday that two Christmas parties were held in Mr Case’s department, the Cabinet Office, in December 2020, when restrictions were in place.

The Times reported that one of the parties was held on December 17, the day before the alleged Christmas party at Downing Street at the centre of the saga.

The newspaper reported that the event was listed in digital calendars as “Christmas party!” and was organised by a private secretary in Mr Case’s team.

On Friday evening, a Cabinet Office spokesperson said: “Staff in the Cabinet Secretary’s private office took part in a virtual quiz on December 17 2020.

“A small number of them, who had been working in the office throughout the pandemic and on duty that day, took part from their desks, while the rest of the team were virtual.

“The Cabinet Secretary played no part in the event, but walked through the team’s office on the way to his own office.

“No outside guests or other staff were invited or present.

“This lasted for an hour and drinks and snacks were bought by those attending.

“He also spoke briefly to staff in the office before leaving.”

After Mr Case was tasked with the investigation earlier this month, the Prime Minister’s press secretary insisted that “due diligence has been followed” when asked if the Cabinet Secretary had attended the Downing Street party at the centre of the saga.

While Cabinet Office minister Michael Ellis had told the Commons that Mr Case “was not at any relevant gathering”.

It comes after a string of claims about parties and gatherings held across Whitehall while London was under restrictions limiting people from meeting indoors, which Ms Rayner dubbed “endemic”.

She said: “At the moment, people are saying ‘which department didn’t have a party?’

“It’s incredibly disappointing because we all know what was happening when these parties were going on, people couldn’t see their loved ones who were dying, and were making incredible sacrifices.

“So I do think that the investigation has to get to the bottom, but I think that the evidence already is showing that Boris Johnson has set a tone for this government and has allowed this to happen under his watch.”