They said food banks are having to cut back on supplying fresh fruit and vegetables and that volunteers are "overstretched and exhausted". 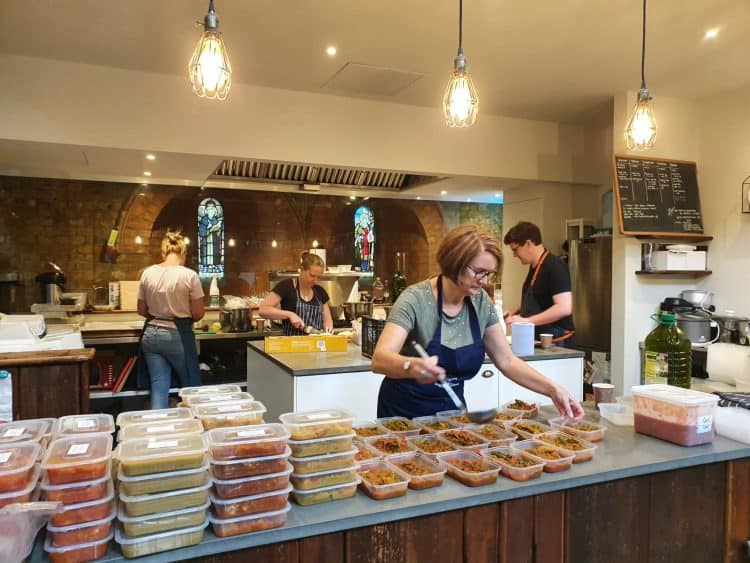 Bosses of major food banks warned of a third of parcels being given to children living in poverty and said the cost of living crisis was forcing charities to ration supplies.

The Trussell Trust and the Independent Food Aid Network (IFAN) urged the Scottish Government to act in order to mitigate the crisis, including by ruling it “exceptional circumstances” in a letter.

Polly Jones, of the Trussell Trust, and Sabine Goodwin, of IFAN, penned a joint letter to Social Justice Secretary Shona Robison warning demand for food banks had increased since the UK Government withdrew £20 a week from Universal Credit in October 2021.

Spiraling energy costs as well as food and transport costs being hiked meant ‘demand outstrips resources’, it was warned.

Polly Jones, of the Trussell Trust, and Sabine Goodwin, of IFAN, said: “Over the last 12 years, increasing numbers of people are being pushed to the doors of food banks because they haven’t got enough money to buy food.

“Since the cut to Universal Credit and the start of the cost-o-fliving crisis in October 2021, demand for charitable food aid has steadily increased.

“People who were already struggling to afford food are being hit the hardest as energy, food and travel costs all become out of reach.

“Alarmingly, we are seeing a growing number of parcels being provided for children.

“More than one in three food parcels issued in the Trussell Trust network last year were for children, and the next 12 months look bleaker still.

“Many food bank teams are struggling to cope as demand outstrips resources and they make difficult decisions about rationing supply and dipping into financial reserves.”

They said food banks are having to cut back on supplying fresh fruit and vegetables and that volunteers are “overstretched and exhausted”.

The letter set out a list of demands to the Scottish Government to alleviate the crisis.

It called for an increase to the Scottish Child Payment to £40 per week from £20 per week for each child and for it to be extended to all eligible children by the end of the year.

The letter urged the Scottish Welfare Fund (SWF) to be prioritised as an essential ‘cash first service’ to help people facing financial crisis, and for the SWF budget to be increased significantly to help local authorities.

It called for the cost-of-living crisis to be classified as an “‘exceptional circumstance” in SWF criteria to enable people to access more than three payments in each year.

It also asked that Scottish Government must work with Cosla, which represents local councils, to ensure there is the necessary resource and support for local authorities to administer crisis grants.

A Scottish Government spokeswoman said: “We agree with a cash-first approach and it is embedded in our work.

“Our draft plan for ending the need for food banks takes forward a cash-first approach so people can access food and other essentials with dignity and choice.

“The Scottish Government has already taken action to support people, with almost £770 million per year invested in cost-of-living support.

“We have increased eight Scottish benefits by six per cent, closer to the rate of inflation, and introduced a range of family benefits not available elsewhere in the UK.”