According to the Office for Budget Responsibility (OBR), shortages across various industries have been “exacerbated” by new immigration rules for EU citizens and trade barriers with the bloc. 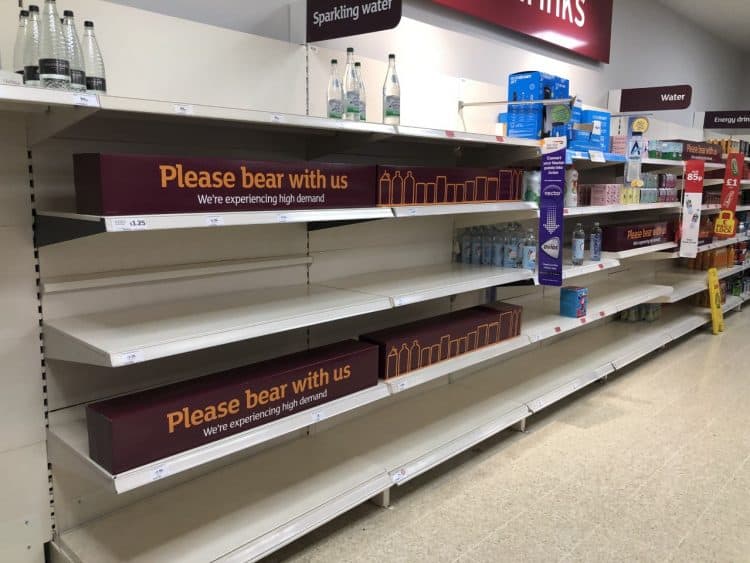 Brexit has worsened UK’s shortages, the government’s own independent financial watchdog has said.

According to the Office for Budget Responsibility (OBR), shortages across various industries have been “exacerbated” by new immigration rules for EU citizens and trade barriers with the bloc.

Despite the body admitting the impact of UK’s exit from the European Union since 1 January, Tory ministers have avoided saying Brexit is a reason for shortages of labour, products and services – with chancellor Rishi Sunak only saying the disruption would last for “months” upon announcing the Budget.

But the OBR said “supply bottlenecks have been exacerbated by changes in the migration and trading regimes following Brexit”.

Pressure on wages and higher prices

The watchdog also said the disruptions will put “pressure on wages” and “raise prices” over the next few months.

It added trade with the EU is 15 per cent down, but that it is hard to quantify the full impact of Brexit on UK’s economy until the deal signed is fully implemented.

This is because the government is yet to bring in post-Brexit checks on goods entering Britain from Europe, a measure they have already delayed twice.

Richard Hughes, OBR chairman, told the BBC: “In the long term it is the case that Brexit has a bigger impact than the pandemic”.

Meanwhile trade between Dublin and Great Britain has decreased in the aftermath of Brexit whilst business with the EU has seen a rise, according to a new report.

Exporters and importers in Ireland have been avoiding Britain since 1 January, causing a drop in trade by a fifth – whilst freight flow with the European Union is up by over a third.

Since Brexit, there have been 37 new sea routes between Dublin, France and Benelux nations – up from only seven before UK’s exit from the bloc, according to The Guardian.

A report by Dublin Port revealed only half of its containers now come from Great Britain, down from 64 per cent before Brexit.

In total, there has been a 36 per cent increase in trade with Europe and a 21 per cent drop in trade with Great Britain in the first nine months of this year.

Eamonn O’Reilly, the Dublin Port chief executive , said: “After nine months, the impact of Brexit on the profile of Dublin Port’s trade has become clear.”

O’Reilly, who suggested the current situation will become a “permanent feature” of trade, added that the average size of a container’s load has reduced after “operational efficiencies which the Single European Market had facilitated in trade with Britain have been removed because of Brexit.”

Earlier this month, Brexit minister David Frost admitted trade between Northern Ireland and Ireland has also gone up since Brexit – but suggested it cannot keep benefitting from the EU’s single market, as this would hurt the UK.