An amendment to the Environmental Bill was rejected by two-thirds of the MPs who are now calling on the government to take action. 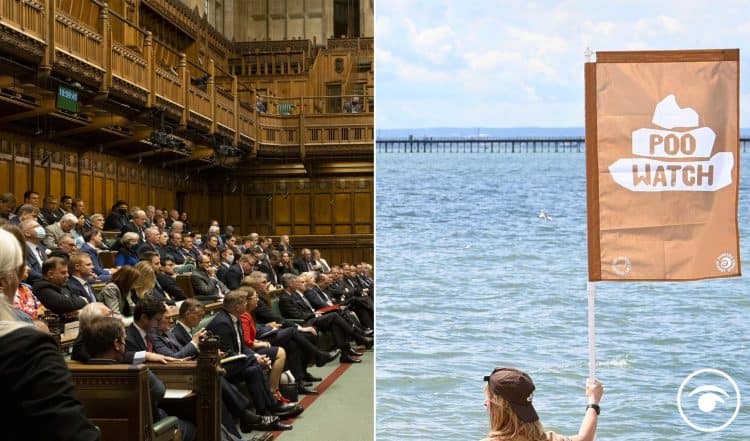 A number of Sussex MPs have slammed Southern Water after sewage was pumped into the sea.

Thirteen Conservatives have called for action to be taken after the water company was found to be dumping sewage into the water.

But is there something festering in the background they have forgotten about?

A letter to Southern Water, co-signed by the MPs, said: “Once again, the rivers and the coastline across Sussex are being blighted by the discharge of sewage.

“This is unacceptable and we were pleased to support a Conservative amendment to the Environment Bill which after decades of inaction by governments of all political shades, for the first time ever now puts a statutory obligation on water companies to take steps to eradicate this practice.”

It comes as monitors being used for measuring the amount of sewage being pumped into the sea across the UK are faulty or not even installed, the Liberal Democrats have said.

Environment Agency data shows water companies are failing to monitor sewage discharges along the coastline including at British seaside resorts, according to the party’s analysis.

It comes as dozens of pollution warnings were put in place across beaches and swimming spots in England and Wales this week after heavy rain overwhelmed sewer systems, leading water companies to release sewage into the natural environment.

Ministers are facing growing calls to clamp down on the water firms who are being criticised for not investing money back into the UK’s outdated water infrastructure.

How many voted it down?

So, of these 13 furious Tory MPs, how many had previously voted against legislation which would have placed restrictions on companies to reduce the waste pumped into the sea?

Well, out of the 13 a grand total of eight last year voted down an amendment to the Environment Bill that would have required the pumping of sewage into rivers to be progressively reduced.

The MPs named on the angry letter who also voted against the amendment are: