Britain's departure from the EU has "heightened the risk of exploitation" for European workers, a report said. 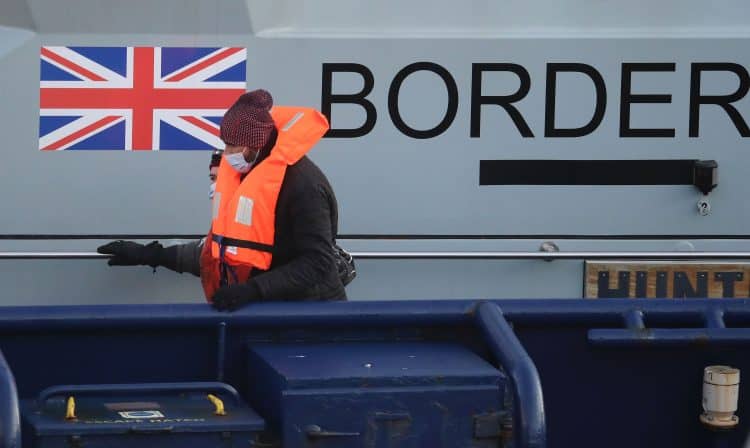 A shocking new report on trafficking in the UK has warned that Brexit and the Home Office’s new immigration plan are increasing the risks to trafficking victims.

The report found links between terrorism and trafficking in cases involving families from the UK ending up with Islamic State and a spike in the recruitment of trafficking victims via social media.

According to the Greta report, “Brexit has heightened the risk of exploitation for EU workers”. It warns that victims of slavery may have difficulty applying for the EU settlement scheme.

The report’s authors also voiced concern that the Home Office’s new immigration plan risks increasing the vulnerability of trafficking victims who are undocumented migrants, as they may be unwilling to approach to the authorities for fear of being prosecuted for immigration offences.

It adds: “Frontline and migrant organisations have noted that the offence of illegal working, part of the UK’s hostile environment for undocumented migrants, acts as a major driver of exploitation and a barrier to justice.”

A Home Office spokesperson told the Guardian: “Modern slavery and human trafficking have absolutely no place in our society and we remain committed to tackling these heinous crimes.

“The UK has led the world in protecting victims of modern slavery and we continue to identify and support those who have suffered intolerable abuse at the hands of criminals and traffickers.”

Last week, the high court ruled that thousands of trafficking victims should be granted indefinite leave to remain in the UK in a landmark judgement.

People the UK government acknowledged were foreign victims of trafficking could be sent back to their home countries prior to the ruling – where they were at risk of being trafficked again.

As a result, many make claims for asylum or humanitarian protection in the UK, waiting years in legal limbo before their applications to stay in the UK are processed by the Home Office.

In that time, they are unable to work, study or access mainstream benefits – leaving many unable to fully recover from their emotional ordeals, the Guardian reported.

But the ruling ordered that a group of trafficking victims who have asked for leave to remain in the UK be granted it en masse, meaning thousands of recognised victims of trafficking will be allowed to stay.

The ruling followed a legal challenge against the Home Office by a 33-year-old Vietnamese woman, who can’t be named for legal reasons.

She was forced into sex work in Vietnam for about six months in 2016 before being trafficked to the UK – passing through several countries on the way, before arriving in November 2016 in the back of a lorry.

Between then and March 2018, she was forced to work in brothels and in cannabis production. She was recognised as a victim of trafficking in October 2018 – but was sentenced to 28 months’ imprisonment two months later after being charged with conspiring to produce cannabis.

She was referred for a trafficking assessment by her lawyers in May 2019 but the Home Office said it had no record of her case in the system; it found her records in July 2019, but locked her up in immigration detention in October 2019. She has been diagnosed with PTSD, anxiety and depressive disorder.