The classicist said controversial statues like that of Edward Colston should be replaced by worthier alternatives. 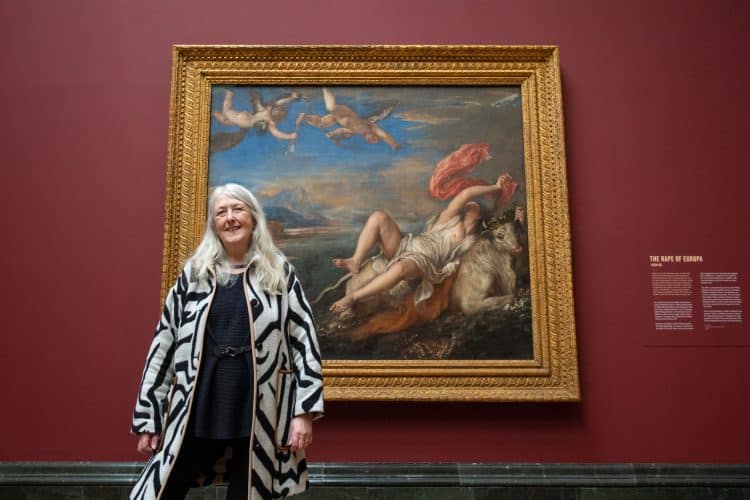 Britain should do as the Romans do and replace statues of controversial people from our history with more worthy alternatives, Professor Mary Beard has suggested.

The classicist and broadcaster said the toppling of statues is “a noble tradition” – and voiced support for Black Lives Matter protestors who tore down a sculpture of Edward Colston in Bristol because of his slave-owning past.

“There hasn’t been a time in the history of the world when statues of people were not taken down,” Beard said. “The Romans did it, everybody has done it.

“It’s a noble tradition. What the Romans did was rather more ingenious; they’ve got an emperor they don’t much like who has just died and they’ve got a new emperor, well what do you do? Take a chisel and recut the face so suddenly it’s a new emperor.”

Other prominent historical examples include the melting down of a bronze statue of Pope Julius II by Michelangelo. The Pope’s enemies then recast the bronze into a cannon to fire upon Julius’s troops.

The 66-year-old scholar, speaking to food writer Jay Rayner on his Out to Lunch podcast, said that some statues should treated with contempt.

“What I tend to do is put two fingers up to them,” she said. “If you walk around central London, you go somewhere near Pall Mall, there’s loads of guys hiding in the trees — people you’ve never heard of.

“I tend to look at those guys, I look them in the eye, and say ‘you never wanted me to have the vote, did you? But you were wrong, you’re up there, and you’re a symbol of your own wrongness. And I won. You might be on your bloody plinth pedestal, but I won’.”

Beard added that she was pleased when Colston’s statue was toppled in Bristol last year – and would be “happy” if more followed suit.

“I’m very happy to remove some, but to make them talk to us in a different way one of the nice things you can do is take them off their pedestals, put them on ground level so they walk among us.

“If they get hurt it doesn’t really matter. I don’t want a public sphere in which the only people I see are those that are being passed as holy admirable in statue form.”

‘It reached an impasse’

The classicist, who is retiring from her post at Cambridge University next year, added: “I sort of felt pleased about Colston… because it was very clear to me that there had been a lot of debate and opposition but the local council didn’t seem to be doing anything. There were all kinds of things you could have done, suggestions like putting someone else up next to him or changing the label.

“But it had reached an impasse and I just think sometimes if people take things into their own hands, that’s in a sense what’s got to happen.”

She said her sharp views on the issue had been shaped by studying Roman emperors.

“You can’t work for ten years as I did on statues of Roman emperors and say statues are all about people you admire, they have a very different, discursive role in the way we think about us, our history and our future.”